AUSTRALIA -- Damien Fleming says it was the ‘petrified scream’ of a young boy which made him spring into action during a dog attack outside his home.

Mr Fleming ran out onto Gordon Street and immediately jumped onto the bull terrier, which was mauling 11-year-old Callum Robins.

“I tried to put my hand in its mouth, between the kid’s leg and underneath the top jaw of the dog,” he said. 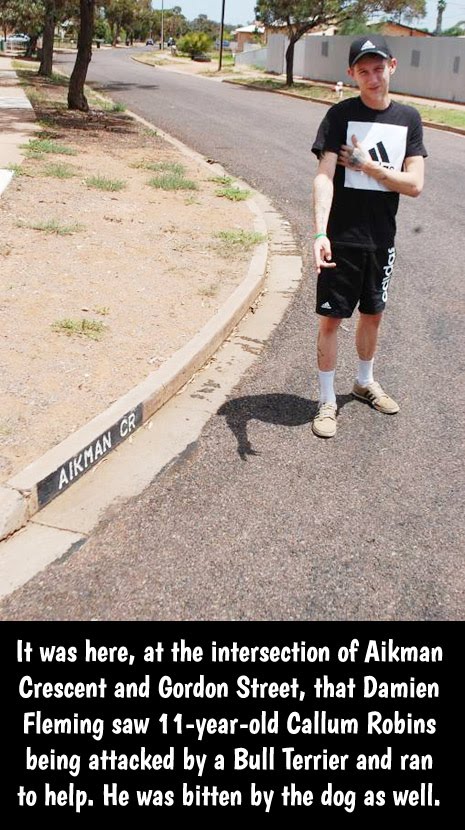 “I felt the dog start to bite onto my hand, so I pulled my hand out and hit the dog four times on its back as hard as I could. Surprisingly it let go.”

After the dog let go of Callum, Mr Fleming grabbed it behind its ears to prevent it from biting anyone else. He then restrained the dog for roughly 20 minutes while a crowd of people emerged onto the street. 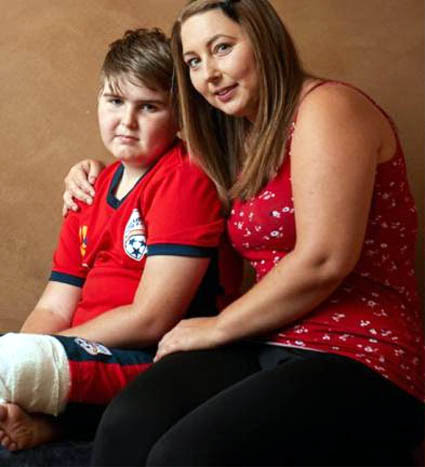 Then police arrived at the scene and the dog was removed. Callum sustained several bites on his chest and limbs, and is now recovering at his family’s Port Noarlunga home after undergoing three surgeries.

According to Mr Fleming, Callum was riding his scooter with two other friends when the bull terrier began circling them.

The trio huddled together, but could not stop the dog from attacking. 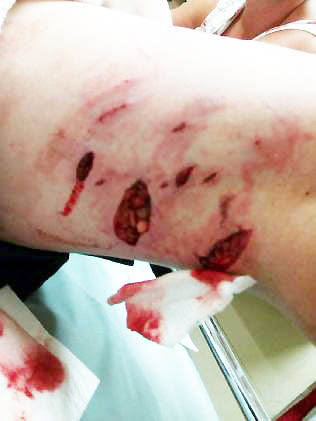 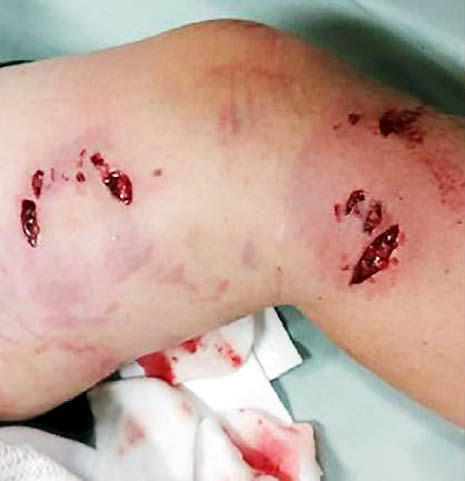 “I looked at his leg for maybe 10 seconds and there were bad holes, gashes that had blood dripping out of them. It looked really bad, I felt sick,” Mr Fleming said.

The Whyalla City Council have now issued a destruction order for the bull terrier involved in the attack.

The owner, Kyra Ralph, has 30 days to make arrangements for the dog to be euthanised under the Dog and Cat Management Act.

The dog is still being held by council, who seized it immediately after the attack. 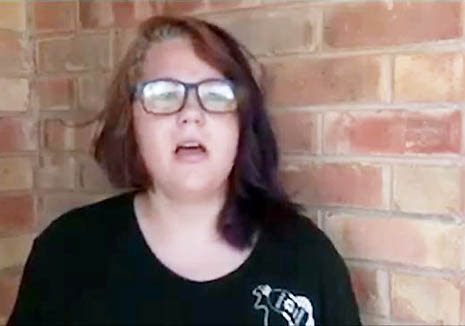 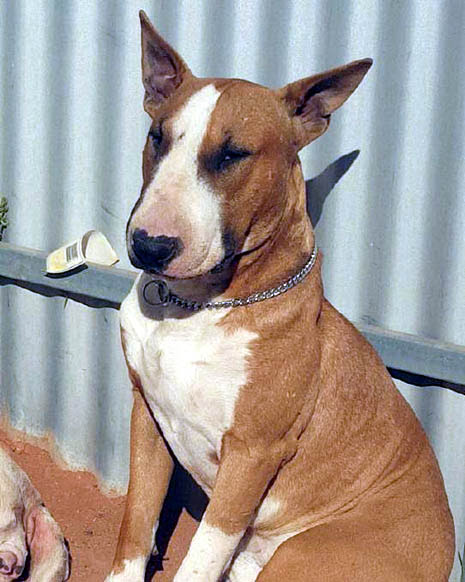 Ms Ralph said the attack was ‘out of character’ for her dog, which escaped while she was inside her home.

“The gate is really easy to get through and I didn’t take that into account because I’d just moved in,” she said.

“He’s never done anything like that before. He’s had kids all over him, pulling on his ears, and he loves it. I just want to see my dog one last time.”

Ms Ralph apologised for the attack, saying she had never seen her dog bite anyone before. 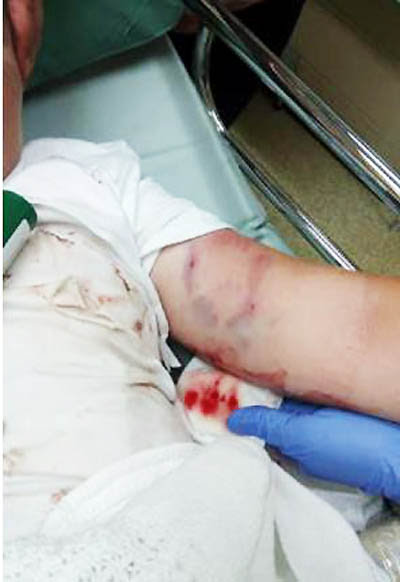 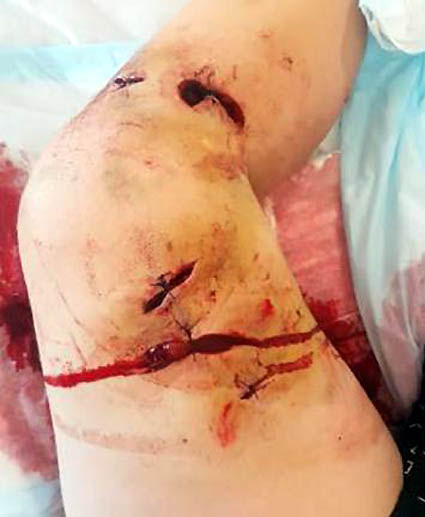 Acting Director of City Growth Sam Bowman said the owners of any dog responsible for causing injuries to people or other animals could face severe penalties.

“When we get reports like this, it is a timely reminder for people to keep their dogs securely fenced in their properties,” she said. “Council abides and enforces strict rules under the Dog and Cat Management Act to ensure the safety of everyone. “