CALIFORNIA -- A man is recovering after being viciously attacked by a pair of Pit Bulls on Sunday in the College area.

The pit bull dogs, Goldie and Ace, were locked up after being accused of attacking a man in his 70’s over the weekend while he was on his nightly walk. 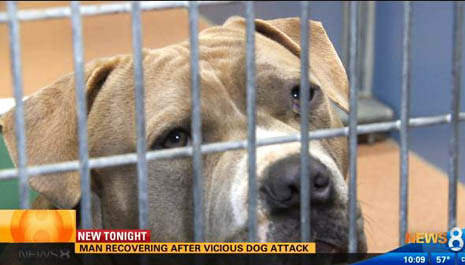 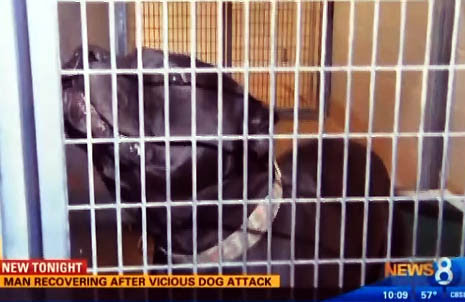 The man was attacked at about 5:30 p.m. Sunday in an alley near El Cajon Boulevard and College Ave. Rickey Hearron, a barber at Fly Guyz, heard the attack and ran outside to help the man. The victim was balled up on the ground trying to protect his head and face from the attacking dogs, Hearron said.

Hearron and another man scared the dogs off and then applied first aid to his injured arms. 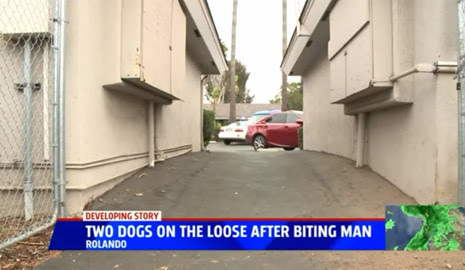 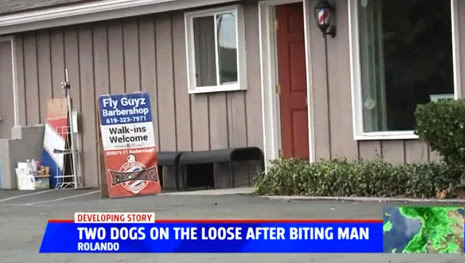 “We got him here. We set them down and took my shirt off, wrapped his arm up,  because it was pretty gnarly.”

The injured man was taken to Scripps Mercy Hospital. 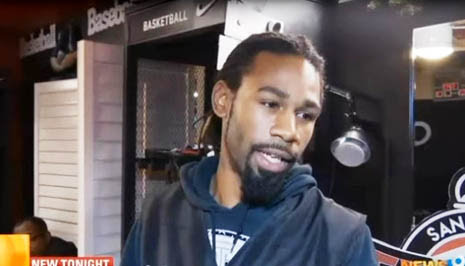 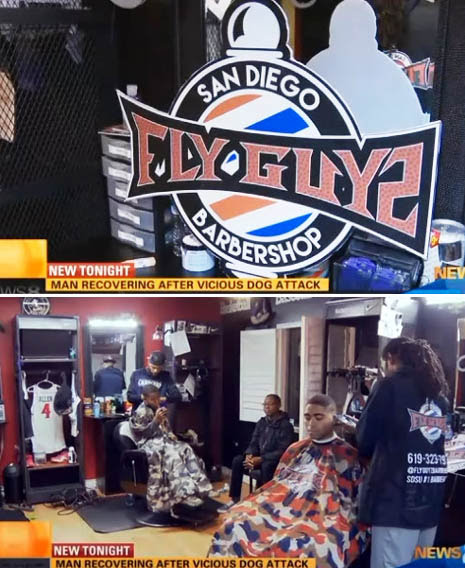 Hearron said he and another man clapped their hands trying to get the dogs to stop their attack. “There was another gentleman, kinda like an angel. He got closer and kicked the dogs off a bit, you know,” said Hearron.

San Diego County Animal Services Department officials are asking the public for help in getting details about the dogs. 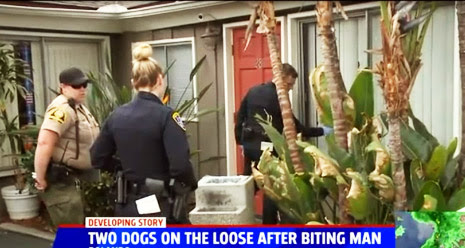 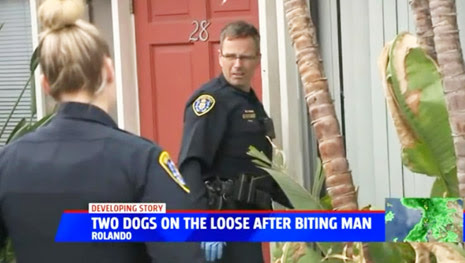 Monday afternoon, animal control investigators were going door-to-door trying to locate the dogs and their owners.

Business owners pointed to a homemade, ramshackle kennel that they say the dogs had been kept in for about two weeks. One woman said the dogs were getting more and more aggressive, jumping and lunging at the fence while growling and barking at anyone who walked by.

Another business owner told FOX 5 the she reported concerns about the dogs several times. She said she was not surprised they attacked. 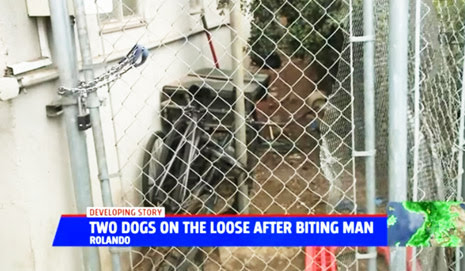 PIT BULLS FOUND 11 MILES AWAY
The dogs ran from the scene to a nearby residence, but hours later they were captured in National City – more than eleven miles away.

“We are assuming someone took them and dumped them there in National City,” said Daniel Desousa with Animal Control.

On Tuesday, the dogs sat waiting out the state mandated ten day quarantine for rabies.

BLACK DOG BIT SOMEONE LAST YEAR
One of the dogs, Ace, was micro-chipped and licensed and has had a run in with animal control before. It has previously bitten (attacked) a person.

And yet was handed back to the owner... now look what's happened.

The dogs’ owner has been contacted and can object to the dogs being euthanized, but so far the county does not know what the dogs’ owner will do.

The licensed owner of the dog has been contacted and can object the dog being euthanized, but that will require a hearing. 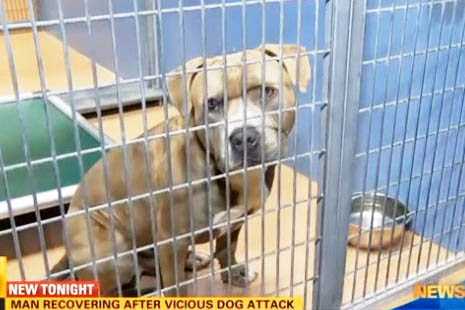 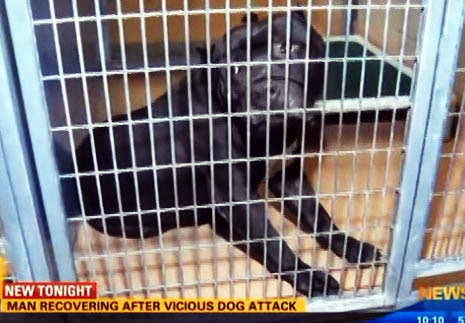 The victim can also pursue criminal charges and a civil lawsuit against the dog’s owner who has not been named by Animal Control – at this time.

Animal Control said there have not been any cases of rabies in dogs or cats in San Diego County in 29 years; however, the state of California still requires that animals be quarantined for rabies when they attack someone.