On my way to the Bodega for dinner supplies, I witnessed three unleashed young pit bulls attacking and chasing a small Corgi.

When I pulled over, i saw that the Corgi belonged to an elderly woman. I immediately began chasing the dogs to get them if the poor Corgi. Finally caught up with them as the Corgi wedged herself under a nearby car for protection!!

I caught up to them and screamed at the pitties at the top of my lungs!!! I meant business!! They ran off back to their owner, and the Corgi ran home.

Meanwhile, i run back to my car which i left running and my purse in the seat, to park and lock it... I quickly wrote down the license plate number if the pit owners' truck, in case she took off... Then went looking for the woman and dog to give her the information...

The woman had taken her dog home, which i had no idea where that was so going door to door and asking around. The pit owner was also looking for the woman to do the right thing. Finally found the woman, whose husband went out to exchange information with the pit owner lady.

Who was taking her sons dogs out to run around since they can't at home....

Luckily the Corgi was not bleeding, however her back was sensitive to the touch. I strongly suggested to the elderly couple to take their dog to the vet to check and make sure!!! 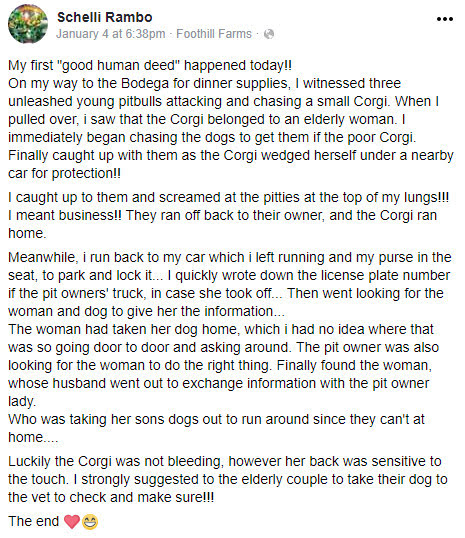 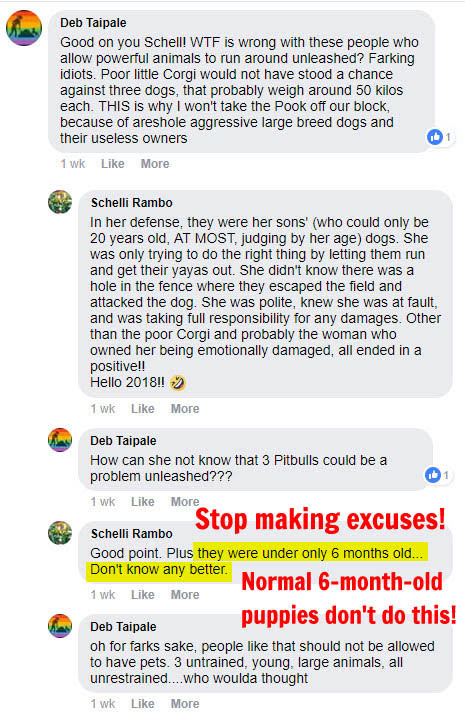