CALIFORNIA -- A member of the Kern County Behavioral Health and Recovery Services Mobile Evaluation Team was the person attacked by a pit bull that was shot by a sheriff's office deputy on Monday. 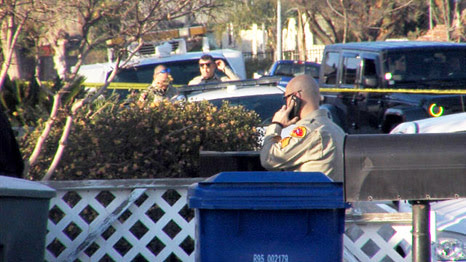 The Kern County Sheriff's Office says a 3-year-old pit bull broke loose from a yard and attacked the MET team member as he was simply talking to someone in a front yard.

A sheriff's office deputy first used a taser to stop the attack but when it had no effect on the dog, he pulled out his service weapon and shot the dog. The Pit Bull only stopped its attack after being shot.

The MET team member was taken to Kern Medical for injuries to his forearm and ankle and was later released.

The dog was not killed, but was seized by Kern County Animal Control.

A sheriff's office spokesperson said the name of the deputy won't be released since dogs are considered property, therefore, not considered an "officer involved shooting."