KENTUCKY -- A Mercer County couple say they're grateful the sheriff helped them rescue a stray kitten that was frozen to their boat dock.

Roy and Lori Jasper said they noticed,  on their security cameras before they went to bed, the kitten walking around.

They said they debated what they could do to help it, but as cold as it was - and being 75 years old - they said they did not think they could safely get down the hill to the dock to catch it. 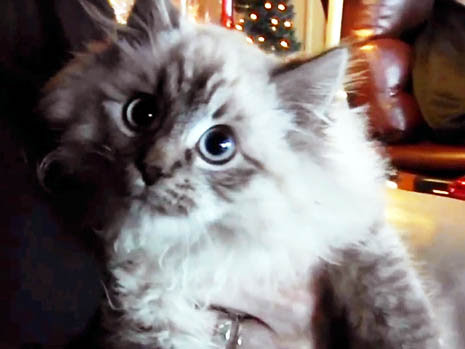 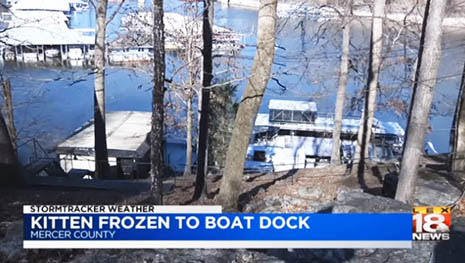 Eleven hours later, the kitten showed up again on their security camera, but they were sure he was now stuck to the metal steps of the boat dock.

"He had fell in the water and came up on the little piece of rock, just left of the steps and froze right there," said Roy Jasper. 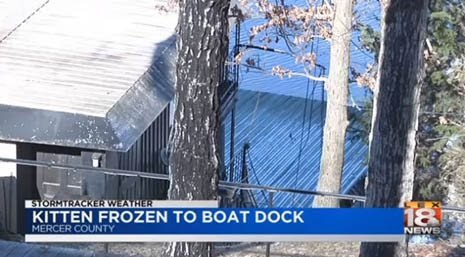 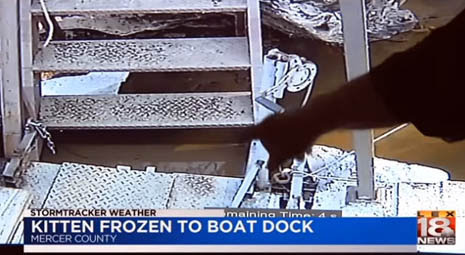 Knowing the situation was now dire, they called the Mercer County Sheriff's Office for help.

They were surprised and grateful when Mercer County Sheriff Ernie Kelty himself responded to the call to save the little kitten. 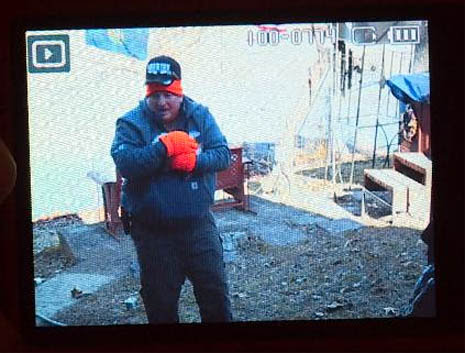 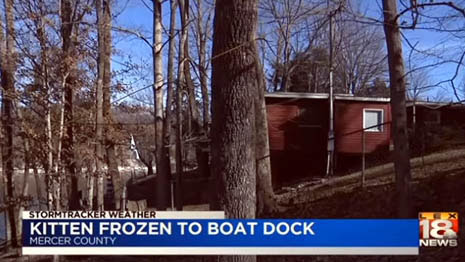 "I poured the water on his front feet, and in a few seconds, they did come loose," said Mercer County Sheriff Ernie Kelty. The sheriff continued to cut free the kitten's fur that was also frozen.

"I'd say he was down there about 15 minutes breaking it loose," Roy Jasper said, "because its stomach was froze, paws was froze, everything." 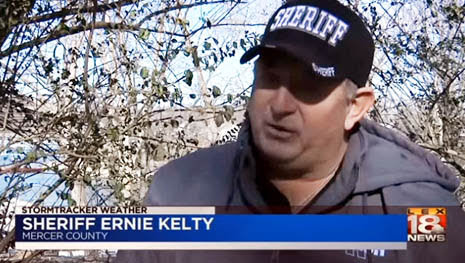 "And then he put him under his shirt, and walked up here and gave him to me. Of course, Laurie took him in and wiped him down with towels. He was solid wet," said Roy Jasper.

Sheriff Kelty said that at first, the kitten had a bit of an attitude. 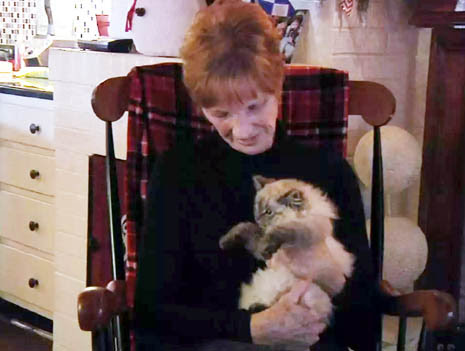 "But I probably would have too. It seemed like, that he realized I was there to help," he said.

"I think it's just wonderful that [the Sheriff] dropped everything he did, to come down here and get one little old kitten," said Roy Jasper. 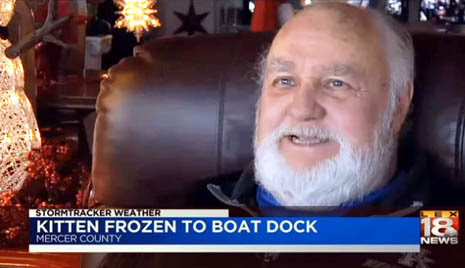 The stray kitten that was once stranded in the cold now has a new home with the Jasper family - and a heroic new name. 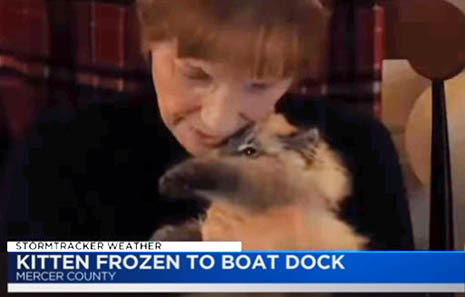