MASSACHUSETTS -- Cambridge firefighters rescued a dog that had fallen through the ice on the Charles River late Saturday afternoon, the department said on Twitter.

The dog fell into the frigid waters near the Eliot Bridge around 3:50 p.m., the department said. 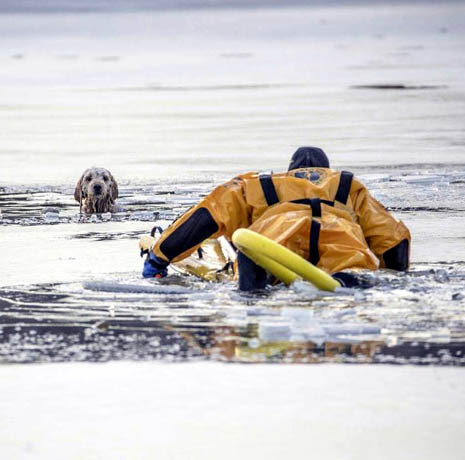 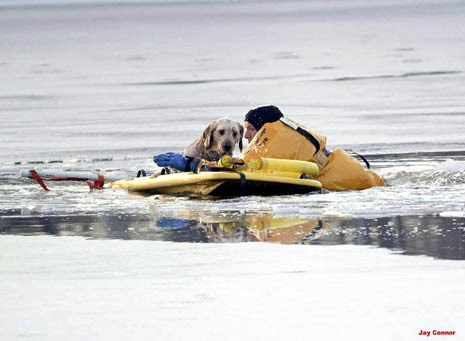 The sandy-colored dog’s head was above water, as firefighter Sean Williams slid toward it on a rescue board, photos posted on Twitter show.

The firefighter and dog were pulled to shore by a rescue crew. One person shouted, “Come on! Good girl,” and other words of encouragement, according to a video posted on the department’s Facebook page.

Safely ashore, Williams and the dog were greeted with applause. 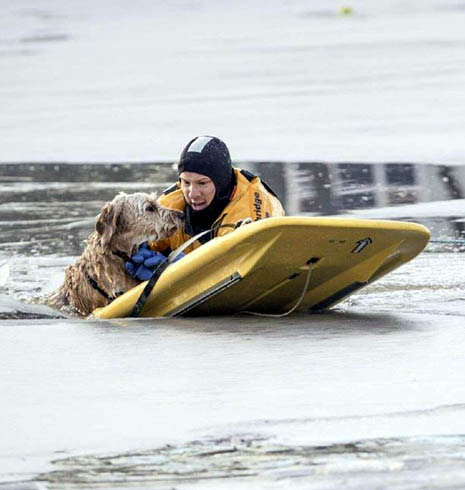 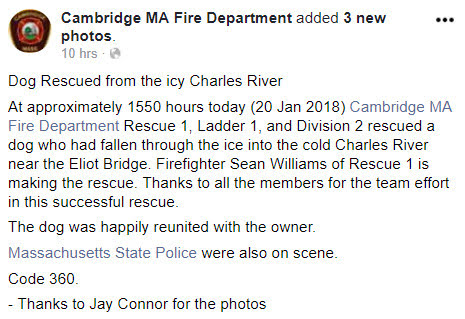 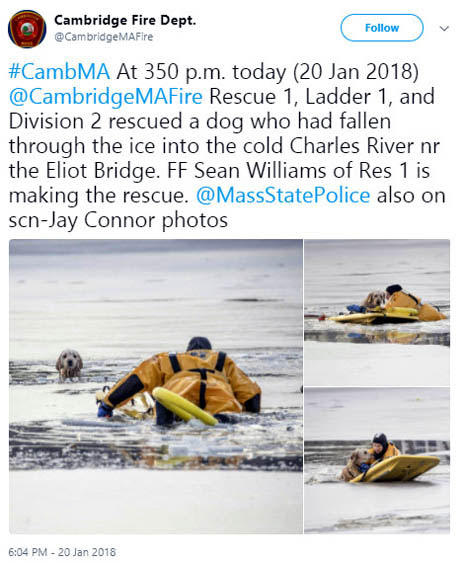