MICHIGAN -- A local woman was charged with killing or torturing an animal Jan. 25 after police allege she stabbed her son’s dog just after midnight Thursday.

Police responded to the home of Diane Gay (aka Diane Gay Eland, Diane Eland) after receiving a complaint that she had stabbed the dog.

Arenac County Undersheriff Don McIntyre said the incident was reported at 12:34 a.m. and upon deputies arriving at the scene, Gay allegedly told them she had stabbed the dog. 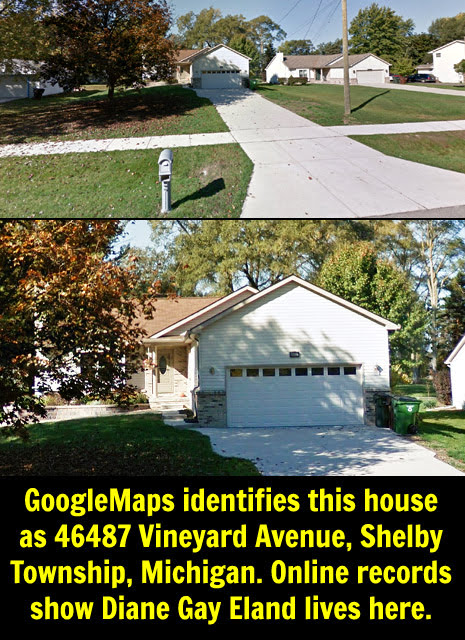 According to court documents, an 8-inch fillet knife was located underneath a couch in the home and seized as evidence.

Police reportedly followed a trail of blood and located the deceased dog outside with an apparent stab wound to the abdomen, court documents state.

Arenac County Animal Control was contacted to retrieve the deceased dog so it could be further examined.

Court documents state Gay submitted to a preliminary breath test at the scene and yielded a 0.257 blood alcohol level.

According to this chart, if we assume Diane Eland is 140 pounds, 3 drinks in one hour would put her at about .11 BAC, which is considered legally intoxicated. She had a .257, which means she had the equivalent of 9 drinks in her when police tested her. One drink equals a shot of liquor, 12 ounces of beer or 5 ounces of wine so clearly she'd been drinking a lot. 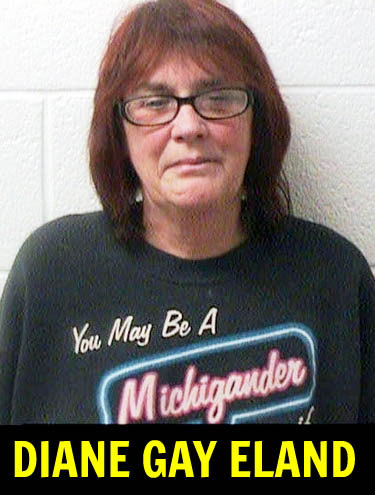 Killing or torturing an animal is a felony charge with a maximum penalty of four years in prison and/or a $5,000 fine. Gay is scheduled for a probable cause hearing Feb. 5 at 1:30 p.m. She is currently being lodged in the Arenac County Jail.

Note: Online records state that she is 69 years old (born in 1948) and also list the address as being in Shelby Township (the article mentioned Standish Township, Michigan).

Also, although you initially think this was domestic-related, there are a lot of unanswered questions. Did the dog attack her, unprovoked and she defended herself? A lot of times adult children move back to their parents' home and bring their dogs with them - and we've read plenty of stories where the elderly parent is attacked and/or killed by that dog. Was she abusing the dog? Was she drunk and got in a fight with her adult son and stabbed the dog in a rage? Like I said, lots of unanswered questions... but I'm guessing since they got a felony charge of Animal Cruelty, they believe the dog didn't do anything to her to warrant being stabbed to death.

McIntyre said people or families who feel they cannot adequately care for an animal should contact the Arenac County Animal Shelter.

“We have a second-to-none animal shelter that is almost 100 percent no-kill,” he said. “They find them new homes. That’s an option for folks who feel like they don’t have any options.” 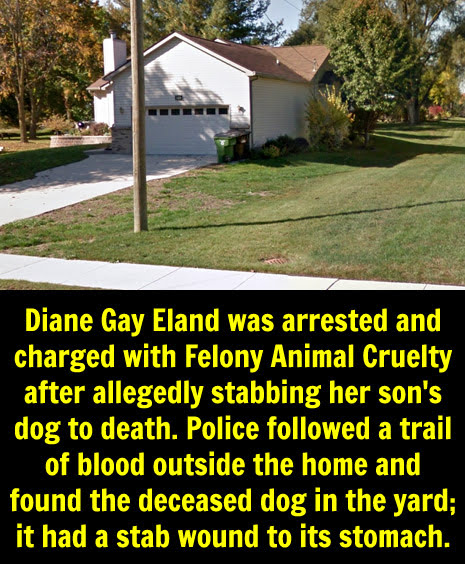