TEXAS -- The dog that mauled a toddler at Klyde Warren Park last month will be put down. That ruling came down Friday afternoon after a hearing over the dog’s fate.

In court, Luca Romero’s mother, Allis Cho, recalled how the little boy was walking around the dogs that were on display at the Dallas Pets Alive adoption event when he was viciously mauled by the pit bull mix. 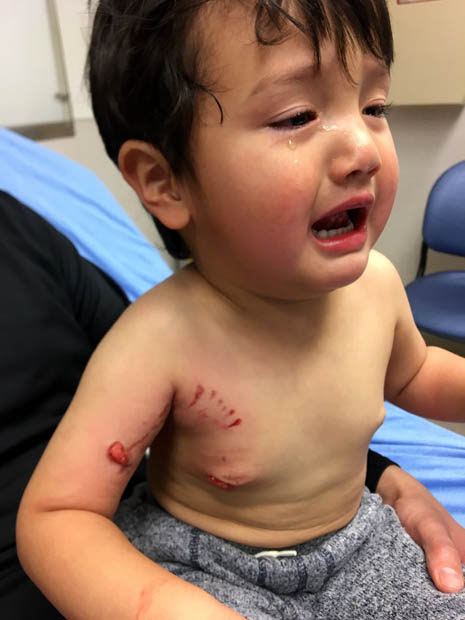 In an interview, the family said that the child suffered two puncture wounds and needed five stitches.

Rusty was seized for causing “serious bodily injury” to the boy. The court ruled the dog will be put down on January 16 at 4:30 p.m.

“Because of the nature of the bite. It wasn’t a just simple bite and release thing or we wouldn’t be here. And I believe that because of the lack of inhibition and warning signs is extremely dangerous. I feel that dog needs to be put down,” said Luca’s mother, Allis Cho, on the stand.

Witnesses to the dog attack and workers with Dallas Animal Services testified during the hearing. 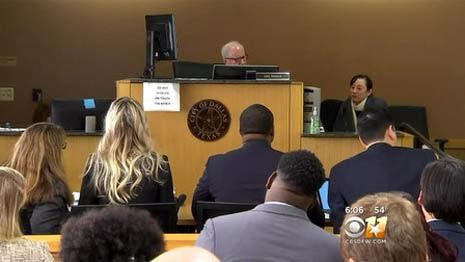 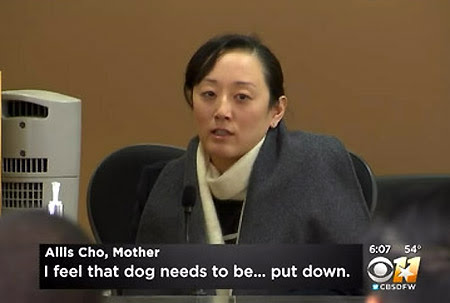 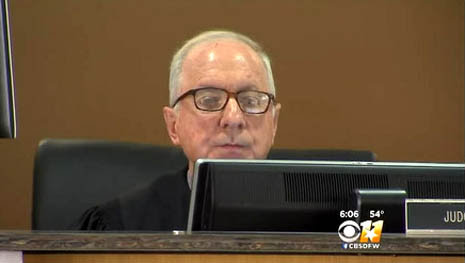 Rescue organization Dallas Pets Alive say they are planning to appeal the decision. The local rescue organization Keep Dallas Dogs Alive had asked that Rusty be placed into a sanctuary home located in another state, where he would not have been put up for adoption.

Today, Dallas Pets Alive offered the City of Dallas a positive solution that met the needs of all parties and are very disappointed that Judge Robinson has ordered Rusty to be killed on Jan. 16, 2018. 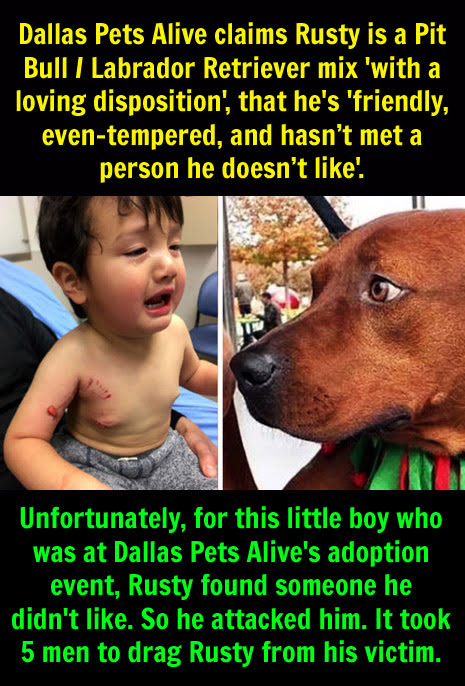 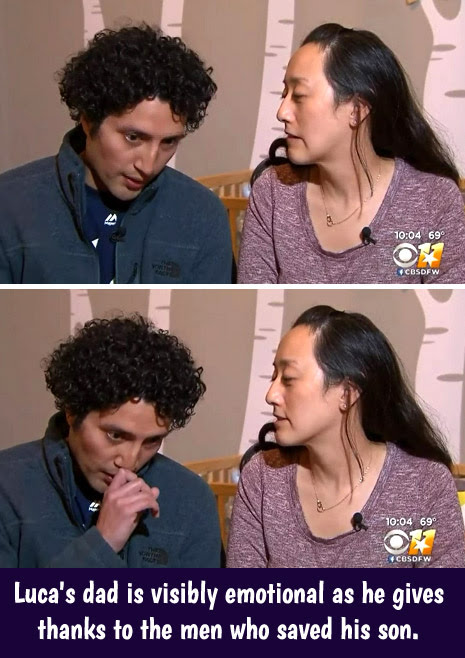 A sanctuary in New York with extensive expertise in managing and caring for dogs like Rusty has agreed to take Rusty at no expense to the City of Dallas or its residents. Once at the sanctuary, Rusty will NOT be adopted out, but will live out the remainder of his life in a safe and positive environment. This solution meets the needs of all parties involved and we will be appealing Judge Robinson’s decision to kill Rusty on Monday.

And when that sanctuary goes out of business where would this dog end up? Or when this dog escapes and no one is told that it's running at large? What then? There have been cases of vicious dogs handed off to so-called sanctuaries and then 3, 4, 5 years later, the dog is gone and no one knows what they've done with it. What's to stop them from changing the dog's name and shipping it off to another rescue to be adopted out? Do the neighbors in New York that live near this "sanctuary" know that vicious dogs are being housed there? Has anyone bothered telling them? Who would legally be on the hook for returning to this 'sanctuary' year after year -for possibly the next 10 years- to ensure Rusty the Pit Bull Lab mix was still there??? 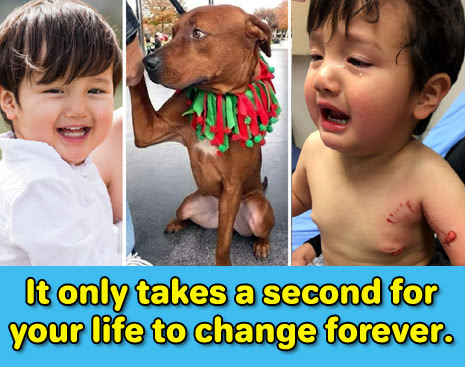 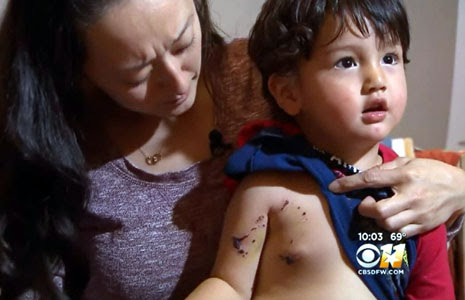 "This was a full-on mauling. The dog grabbed him,
drug him to the ground and wouldn't let go," Cho said.

Dallas Animal Services is a trusted partner of Dallas Pets Alive and we are grateful for the hard work they do to keep both our community safe and manage the constant influx of companion animals that they receive every day. We are continuing to work hand-in-hand with Dallas Animal Services to save animals, while we also fight for Rusty.

We strongly believe that this was an isolated incident as Rusty had been in the care of our foster team for a year and had shown no signs of aggression/biting and interacted positively with children. We have already started implementing additional policies regarding children and our rescue animals in an effort to even further minimize the likelihood of this happening again.

The outpouring of support for Rusty from the Dallas community and beyond has been overwhelming. There are two petitions set up in support of Rusty (one from Dallas Pets Alive and one from an outside group) and combined they have received nearly 70,000 signatures over the course of a week. We want to thank the community for their continued support in our mission to end the killing of companion animals in Dallas and helping us rescue Rusty.

Dallas Pets Alive has zero credibility at this point. 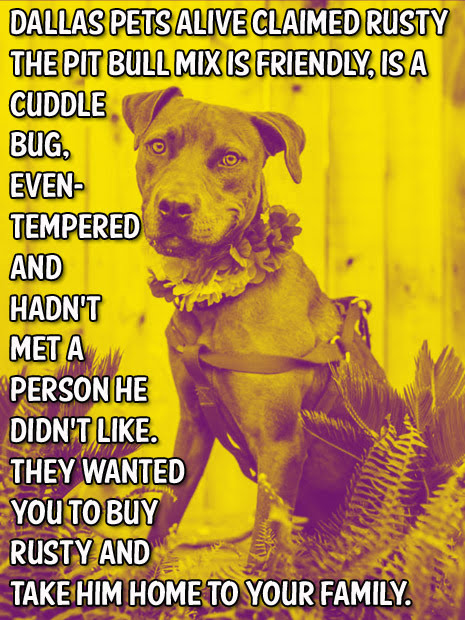 READER COMMENTS:
Mary Ann Redfern (@Carlaumol) January 5, 2018 at 4:42 pm
Kill the damn pit bull already. He should have been euthanized the same day he mauled the little boy.

Anita Christy January 5, 2018 at 5:31 pm
I agree with the Court’s decision and with the mother: “The injured boy’s mom told the court that Rusty should be euthanized — and not simply sent away — because he would continue to be a danger to others, regardless of where he lived.” Dallas Pets Alive used very poor judgment when they made a conscious decision to allow Rusty to be around children. There is no compelling reason to keep a dangerous animal “alive.” I love dogs and feel compassion for Rusty, but it is in his nature to attack. Euthanasia is compassionate.