Texas: Yorkie dies after having its guts ripped out by two Pit Bulls

TEXAS -- Chelsea Boudreaux posted on Facebook January 1 at 11:14am

We are at the veterinary emergency room with this little guy no tags but he is in critical condition we rushed him here as soon as we seen the 2 pit bulls attacking him. We are trying to find out who’s kiddo this is. He’s from grand lake estates off honea Egypt road. Just trying to get in contacted of the owner

UPDATE! The owners were found but unfortunately this little guy did not make it! Thank y’all for all the prayers, we did everything in our power to save his life. 💔 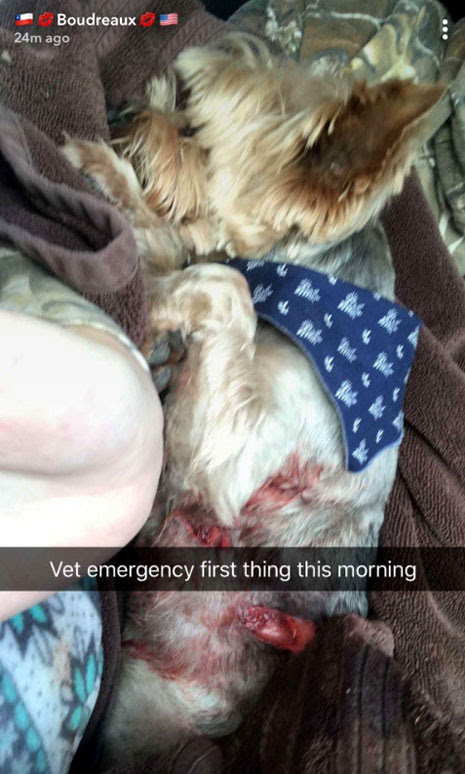 From here the Facebook comments turn into nothing but a bunch of people yelling at a few people trying to explain why Pit Bulls are dangerous. Chelsea, along with others, crudely mock these people telling them to shut up.

You know the other side has lost an argument with you when they begin calling you names and telling you to shut up. They can't handle the truth. There were a lot more comments, but I don't have the patience to bother with them today. Suffice it to say, they trot out the worn-out claims of Pit Bulls being nanny dogs, that Chihuahuas attack more people, that the media won't tell you about all the Poodles and Cocker Spaniels killing kids, 'blame the deed, not the breed', blah, blah, blah...