ARIZONA -- A Mesa pet owner says she’s devastated after her dog vanished while at the groomers.

"It's really hard not having her here,” Chrissy Willingham said.

Looking at the empty puppy playpen, Willingham says her and her family’s hearts feel empty as well. 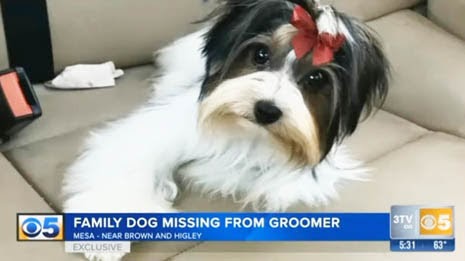 “I want my baby, of course, but I also want answers. No one can give me answers," said Willingham.

Willingham says her 2-year-old Biewer terrier “Bebe” is only 3 pounds but is a huge part of her family.

"She is family, she's like my third baby," Willingham said.

Her “baby" is now missing. Saturday morning, Willingham says she brought Bebe to Animal Clipper Grooming in Mesa for a day of pampering. After a couple of hours, she got a phone call from the grooming facility. "I have some bad news. We lost your dog. She is missing we lost her," is what Willingham said she was told.

The worst part Willingham says is that there is no clear explanation as to how it happened.

"They just don't know, it's like she just vanished!" she said.

"Never in the 26 years have we never been able to account for a family member that's been entrusted to us,” said Dan Castillo, the owner of the grooming facility. 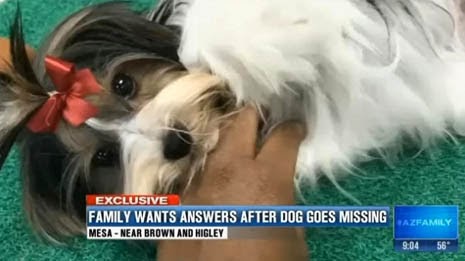 Castillo said his place has been a long-standing mom and pop shop. He says he and his family are also distraught and sincerely sorry.

"We are devastated. Our hearts go out to the Willingham family. It's tough to come to mom and dad and say, ‘Hey listen, you entrusted us with your family member to do what we do and that is to provide a great service and to be able to say we don't know what happened.’ We're bewildered just as much as they're bewildered," he said. 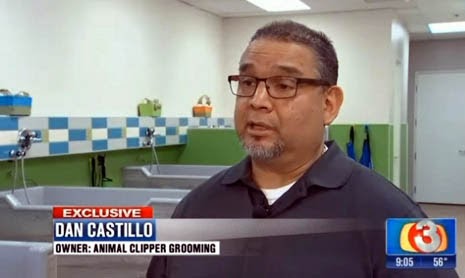 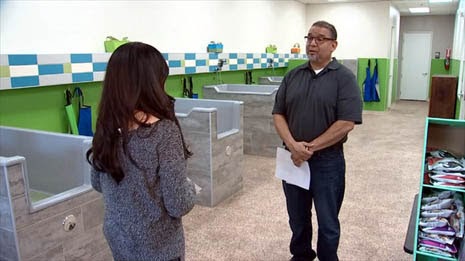 He says he's doing all he can to get answers.

"We are still conducting our own internal investigation to see the protocols we have in place, what protocols were not put in place,” said Castillo.

Willingham says she wants answers, but she just really wants Bebe back. 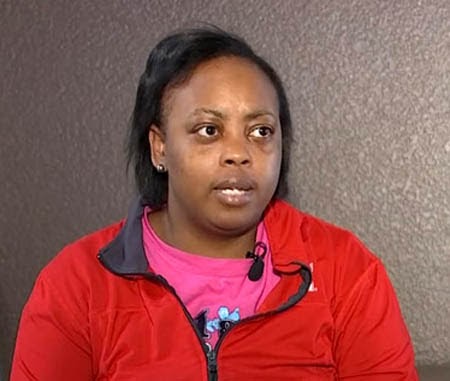 The owner of the facility says they don’t have security cameras. In 26 years, he's never needed them but says he will most likely put them up now. The facility also made up “missing” posters and put them up around the area. A police report was filed and Mesa police are investigating. 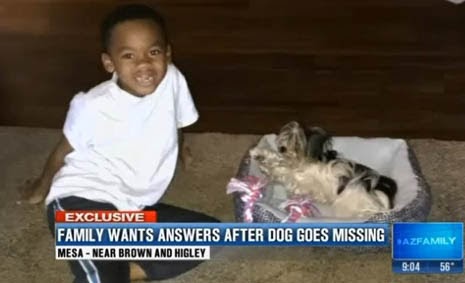 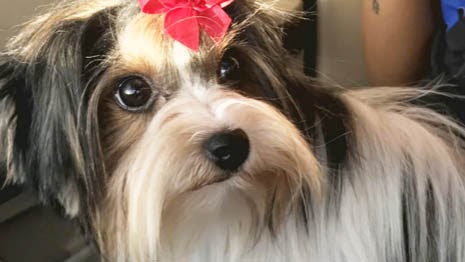 Update: Two people, including an employee of the grooming business, have been charged with felony theft. According to police, they admitted to stealing BeBe, but then claimed they'd dumped her on the other side of town. The tiny three-pound dog hasn't been found. 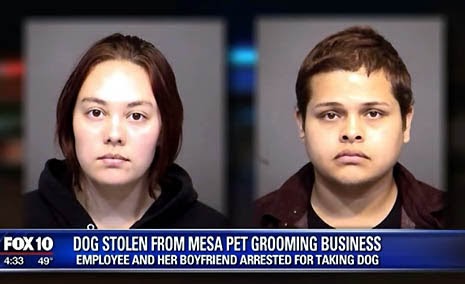