DAYTONA BEACH, FLORIDA — Nearly two dozen pit bulls seized last year by Daytona Beach police on suspicion they were being used for fighting were returned to their owners after a judge determined the animals were confiscated without a warrant.

County Judge Angela Dempsey threw out the city’s petition to take custody of the animals after the court determined police violated Noble Geathers’ Fourth Amendment rights when they illegally searched his property at 225 Reva Street on Nov. 2 and unlawfully confiscated 23 dogs. 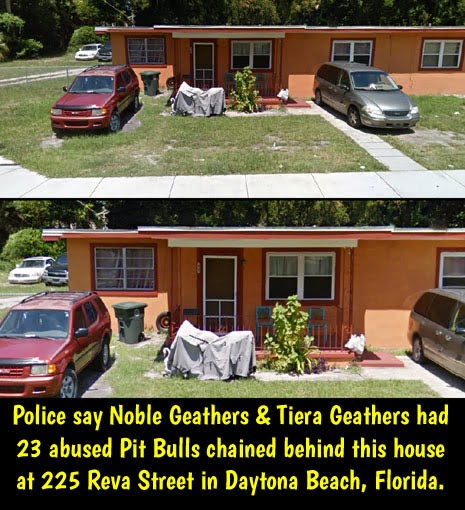 The raid on the house and the confiscation of the dogs have not been made public by police. Callers from the community to The Daytona Beach News-Journal this month expressed concern that several dogs treated at the Halifax Humane Society had been returned to their owners.

A News-Journal public records request to the Daytona Beach Police Department on Wednesday about the seizure of the dogs was responded to with two reports, one about animal abuse and the other about a stolen car. The names of the suspects and the details of what happened were completely blacked out on the provided reports.

“This is still under investigation, but as soon as it’s ready we will release,” Lyda Longa, police spokeswoman, said in an email. “This is a sensitive investigation ... it can’t be jeopardized.” 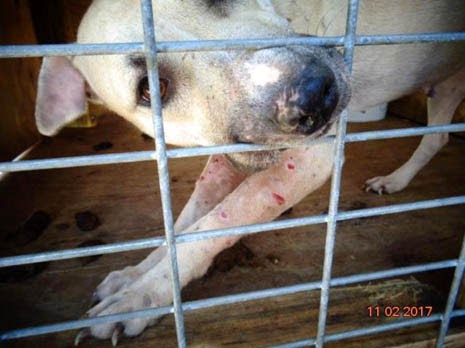 But Volusia County court records reveal the details of the case including a Humane Society veterinarian’s report and photos, and Dempsey’s ruling that police should have had a warrant when they entered the property.

Police Chief Craig Capri said on Thursday that although the judge gave back the dogs, the case is still open and investigators are working on filing criminal charges on Geathers, 50.

Because it is an active criminal investigation, Capri contends his agency does not have to release the narrative in the reports.

He said his officers did the right thing that day — and didn’t need a warrant.

“Dog fighting is inhumane and is a very serious offense,” Chief Capri said. “We owed it to the dogs to seize them and protect them from the owner who is irresponsible.

“I’d do it again in a heartbeat,” Chief Capri added.

Looking for a stolen car

When officers got to the home and entered the fenced backyard, they saw numerous dogs, some in kennels, that appeared neglected.

Even a breeding device, which the veterinarian’s report referred to as a “rape stand,” was found in the backyard, a police report states. 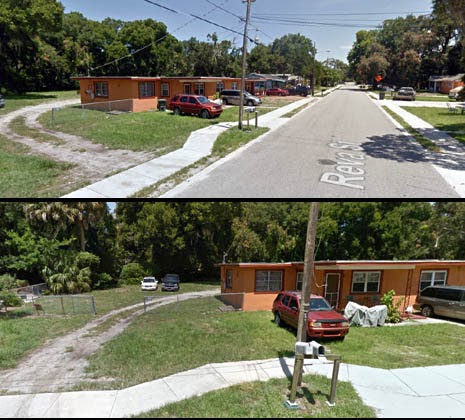 Police made contact with Geathers, who said he was the owner of the 23 dogs, court documents show. Geathers told police he had been breeding the animals.

Geathers’ wife, Tiera Geathers, 33, arrived at the home shortly after and she also said the dogs belonged to them, investigators said.

Noble and Tiera Geathers could not be reached this week, and a man who answered the door Thursday at 225 Reva said the couple no longer lives there.

Thanks to the judge not believing that exigent circumstances existed to seize the dog, NOBLE GEATHERS and TIERA GEATHERS are not facing charges in either the case about the abused dogs or the stolen car.

In the November incident, animal control officers were called to the home after 23 American Staffordshire terriers (aka pit bulls), 15 of which were adult dogs, were found in the backyard, documents state.

Eight other dogs — seven puppies and their mother — were held in cages, the floors covered with feces. None of the dogs had food. All but two of the dogs that were chained did not have water. And two had water that was filled with debris and dirt, investigators said.

Besides tight collars that had made abrasions on the dogs’ necks, some of the dogs had puncture scars focused on their faces, necks and forelimbs, “despite being housed separately.” The animals also had untreated open wounds and some of them were malnourished, court documents state. 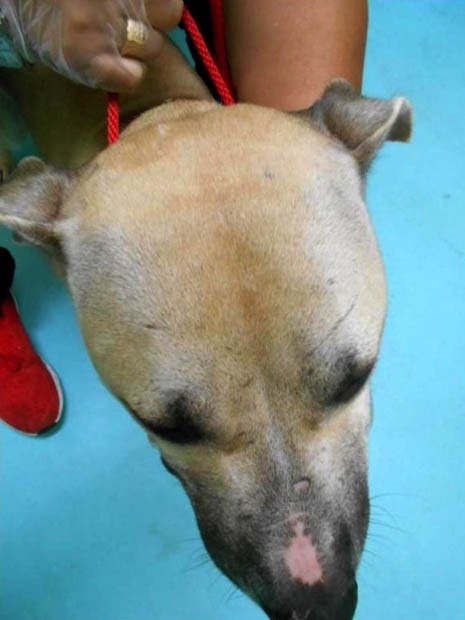 Investigators also found paraphernalia on the property that is consistent in the use of breeding and dog fighting, court records state.

A large weight scale, empty cans of Scarlex wound dressing spray, an empty syringe and heavy chains with O rings were located. Those items and the rape stand for forced and controlled breeding are signs of dog fighting, police said.

Treated at the shelter

Daytona Beach Animal Control Officers removed the 23 dogs from the home and placed them in the care of the Halifax Humane Society, records show.

City officials on Nov. 13 filed in court to keep custody of the dogs seized from the Geatherses after the veterinarian’s determination the dogs’ wounds and scars were “consistent with dogs that have been fought.”

Ormond Beach animal advocate Katie Williams contacted The News-Journal after learning the dogs had been returned to their owners. 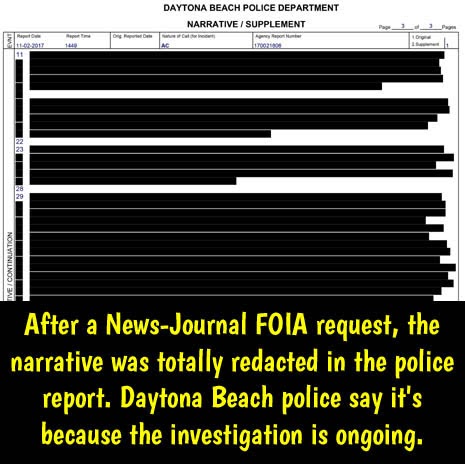 “It’s just crazy,” said Katie Williams, of Ormond Beach, who said she visits shelters and rescues dogs to adopt out on her own.

Williams said she heard about the dogs at a Christmas party and said it made her emotional when she learned they were back with the owners.

“There needs to be some protocol. The Humane Society should work on finding a way to prevent them from sending back these dogs to the hell they came from,” Williams said. “There needs to be better legislation to protect these defenseless animals.”

Barry Kukes, Halifax Humane Society spokesman, would only confirm that his organization cared for the dogs and said they were complying with a judge’s order when the canines were returned to the owners.

Dempsey threw out the city’s case after a hearing, stating that police violated the Geatherses’ Fourth Amendment U.S. constitutional rights against unreasonable searches and seizures, and he gave the couple back its dogs.

According to the Dec. 18 court order dismissing the case, the confiscation of the dogs was illegal and “all evidence derived therefrom is the fruit of the poisonous tree and cannot be used against (the Geatherses).”

The judge in her order stated that police officers entered the fenced property with the intent to search and made no attempt to knock on the door, nor did they attempt to get a search warrant. 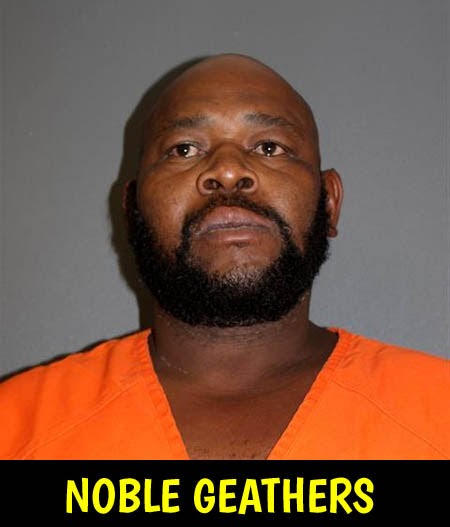 Even after police removed the stolen vehicle and saw the dogs, no effort was made by police to get a warrant. There was no testimony that there were concerning smells or dogs in distress. Police body-cam video showed that the area was quiet and the dogs were mostly friendly and energetic when approached, the court order states.

Dempsey’s order states the Geatherses had a legitimate expectation of privacy given that they had a fenced backyard, which was invaded.

Capri disagrees. The chief said all the evidence on the scene indicated the dogs were used for fighting. Capri said the officers went to the Reva Street home to get a stolen car they had seen in the yard and discovered the dogs in horrible conditions. 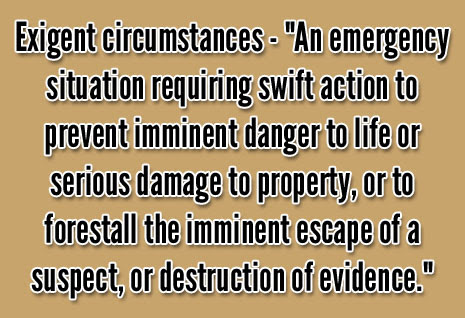 “I didn’t need a warrant to seize the dogs. We had animals that needed medical attention,” Capri said. “There were dogs that had signs of dog fighting. Some of them were all scarred. Others were bleeding and had open wounds and not well cared for.”

Capri said his officers did their jobs and still believes the animals were used for dog fighting but that they have to abide by the judge’s ruling. Noble Geathers has a lengthy arrest record that includes at least one drug conviction, state records show.

“We did the right thing. We did our best to protect those dogs by removing them and putting them in protective custody,” Capri said. “All the evidence, the paraphernalia, found at the property showed there was dog fighting going on there.” 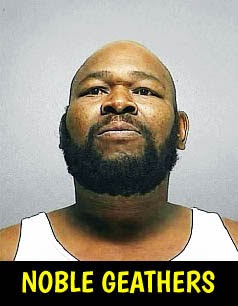 His son, Noble Geathers, won $500,000 on a scratch-off lottery ticket in March 2013. It was an opportunity for a better life. Instead, it appears he squandered it as he has arrests on his record less than 3 months later.

Noble Geathers has reason to smile. After all, it's not every day that a 19-year-old kid pockets half a million bucks. At least before taxes, any way. 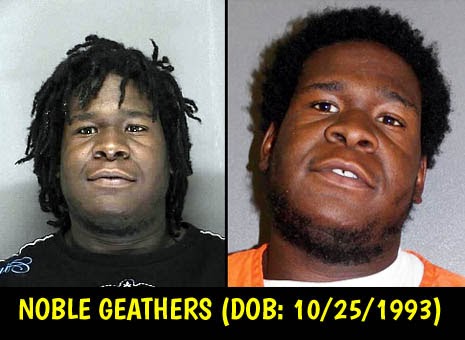 The $20 Scratch-Off game, Gold Rush Tripler, offers better odds of winning $30 to $500, compared to previous Gold Rush Tripler games, and the best odds ever to win $500,000, according to lottery officials.