KANSAS -- Nearly three months ago, nine-year-old Chance Orozco was at a friend's house playing. This friend had a Pit Bull - German Shepherd mix that was chained to a tree.

At some point, Chance wandered close enough to the dog, which attacked him.

Chance lost his left ear, portions of his scalp and now has a tracheostomy. 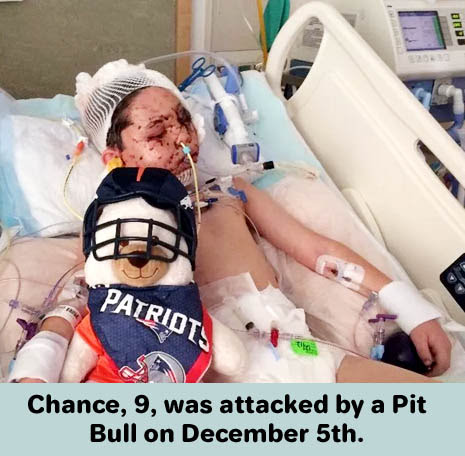 The Kansas Highway Patrol worked the incident and told Chance's family that the attack lasted about 20 minutes. Initial news reports said that police had no plans of conducting an investigation, preferring to chalk it up as a "tragic incident".

Note: An investigation always needs done when an attack is this severe. Where did they get the dog from? What's its history? Has it bitten before? Why was a chained dog able to maul this little boy for 20 minutes without an adult intervening? Were the boys left alone? Were the children in this household afraid of this dog? Is that why it was chained to a tree? 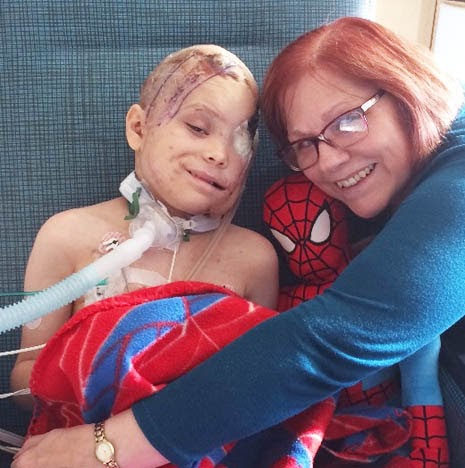 It's irresponsible policing to say no investigation is going to be conducted when this little boy has a lifetime of injuries he'll be dealing with.

This photo was posted recently showing Chance still hospitalized and slowly making progress. Like I said, a lifetime of recovery.

APOLOGIST
Despite all this, his father Stephen Orozco told a reporter he doesn't blame Pit Bulls. He's one of those who desperately wants to believe in "blaming the deed and not the breed". 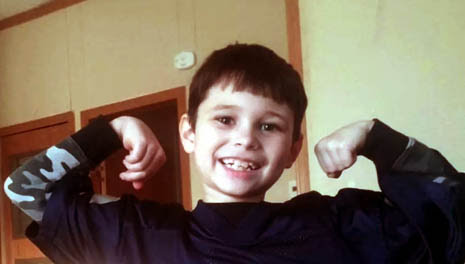 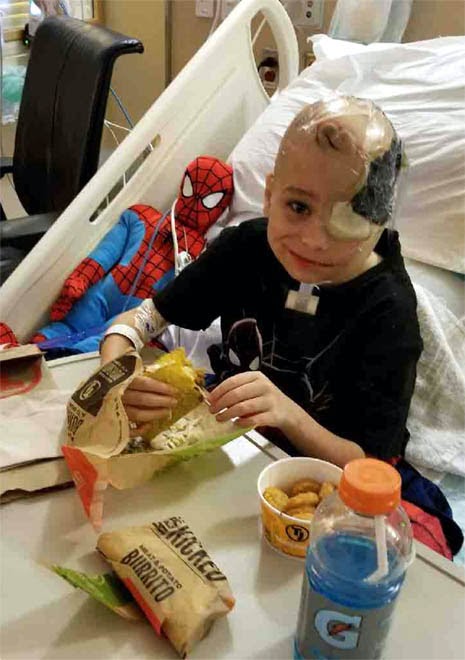 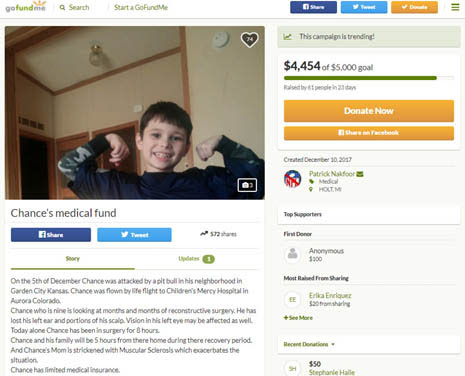