MARYLAND -- On Feb 21, 2018,  Midnight a friendly colony cat was fed by his caretaker along with 4 other cats.

After the caretaker left, three men let their pit bull off its leash to attack the cats.

Last year there were 13.  Now there are 5.  Three were found in the last few months dead and now they know how they were being killed. 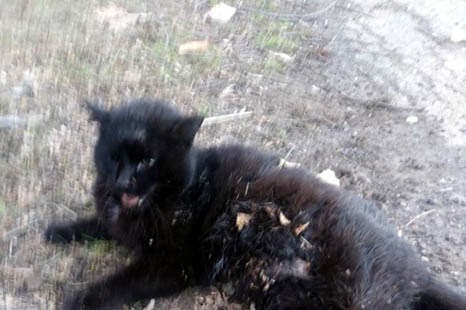 The rest of the cats are needing trapped and rehomed to barns. This means there are vetting costs, food, litter, and transportation costs. There are another 4 cats fed very close to this location and we will rehome them too.

Please this is an emergency,  if you can donate anything, its greatly appreciated.  Checks can also be made out to Metro Ferals if you choose.  I can private message you my address.

UPDATE 1
Just an update...Midnight has survived but is very sore. Yes this incident has been reported to Animal Control. Trapping of the left over cats will be this Saturday. UPDATE 2
Last night 4 cats were trapped/removed as 2 of them were friendly. There is 1 very trap savy one left and then we saw 2 new comers. It was a little scary night as it wasn't the best of area.

We got to see the dog that killed 1 of the cats a few months ago. Nothing was said but it was a little tense as they walked by with their dog as it was on a leash this time. 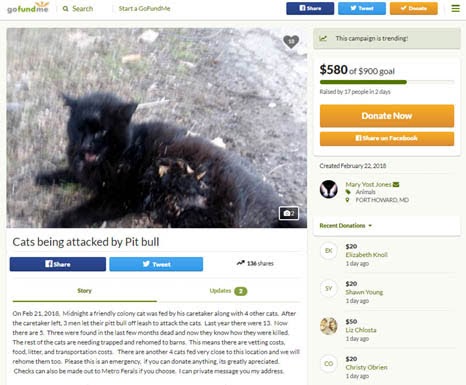