New Mexico: Thirteen-time convicted felon Shaun Anaya will spend at least 8 months in jail for beating and torturing a puppy with power tools

NEW MEXICO -- This afternoon, Attorney General Hector Balderas announced that Shaun Anaya, who was on probation for an Office of the Attorney General case and is a thirteen-time convicted felon, was found by Second Judicial District Judge Angela Jewell to have violated his probation for committing extreme cruelty to animals and possession of marijuana.

The Office of Attorney General Hector Balderas asked Judge Jewell to impose the maximum penalty of 1,421 days in prison which included habitual enhancements. 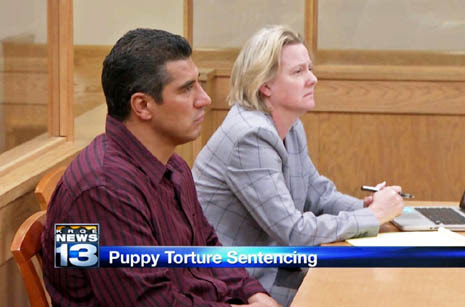 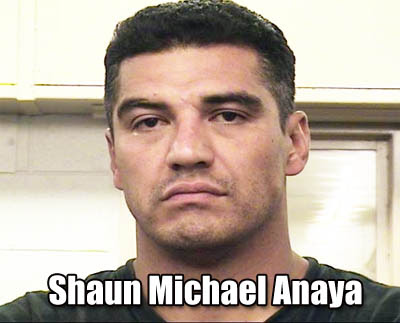 Anaya was sentenced to two years in the Department of Corrections for the violations.

Likely he'll only serve a 1/3 of that "with good behavior" so assume he'll be out in 8 months' time. 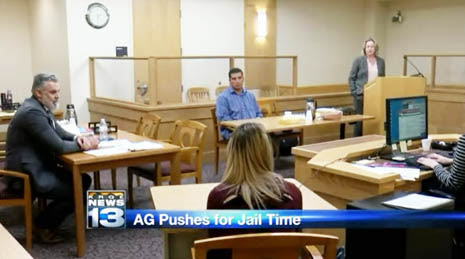 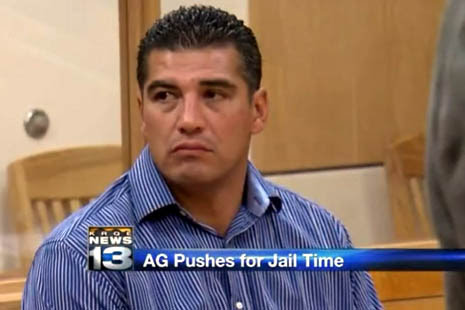 "Violence against animals is so many times directly linked to domestic violence and can never be discounted," said Attorney General Balderas. "My office is committed to holding violent, repeat offenders accountable."

Shaun Anaya was arrested on suspicion of animal cruelty in June of 2017 when he was accused of brutally beating and mutilating a Pit Bull puppy with power tools in the backseat of his car on June 1, 2017, leaving the three-month-old dog bloody, with a broken tooth and other injuries. 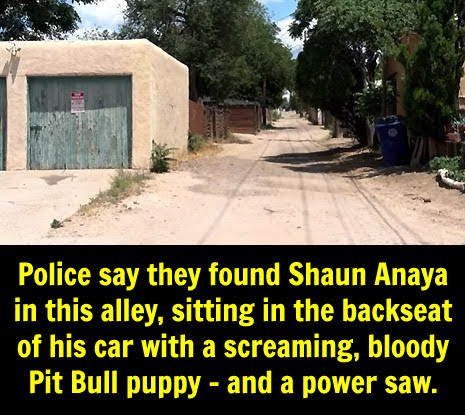 Anaya has denied hurting the puppy, claiming a group of kids injured it.

“I know you’re telling me you didn’t, but all of the evidence, physical testimony, eye-witness, ear-witness says that this happened, “said Judge Jewell. 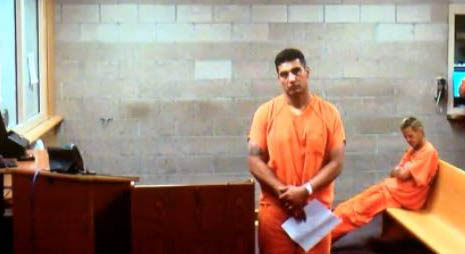 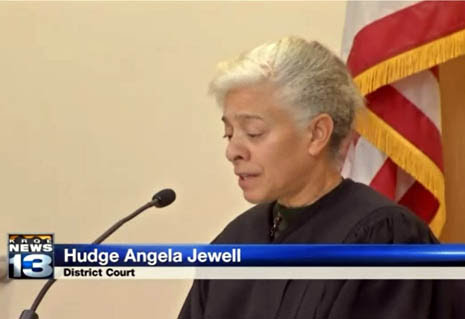 HORRIFIC DETAILS FROM THE POLICE REPORT:

Caller advised he could see an individual beating his dog in a vehicle. He could see the individual hitting the dog and throwing it around the vehicle. While en route, Dispatch advised that the caller could still hear the dog screaming.

Further remarks just as I was arriving advised the man was standing at the rear of the vehicle with the tailgate up and the caller could hear a power tool.

I arrived and parked just west of the alley and approached on foot.

From approximately 40 feet away I saw a man, later identified as SHAUN ANAYA, standing at the tailgate of a vehicle with the tailgate open. He was moving his hands and appeared to be working on something in the tailgate.

I heard a dog yelping and screaming in agony. I began walking towards him and got within 30 feet and could see he was doing something to a small dog.

I shined my flashlight at him and he quickly stopped what he was doing and started trying to clean up the area. As soon as he stopped the dog immediately stopped yelping.

Shaun said, "Can you get your flashlight out of my face?"

The passenger door was open and I observed blood on the seat and blood smeared on the door. There was fresh blood spatter all over the dash. I observed the small puppy had swollen eyes and was very sluggish. I observed blood in his mouth and saw he had a broken tooth on the right side of his mouth.

I spoke with the caller, Derrick Sanders, who told me he was woken up by a dog yelping. He looked out his window and observed SHAUN ANAYA outside the open front passenger door. He was punching the dog who was in the front passenger seat repeatedly. He then threw the dog to the rear of the vehicle. He walked back to the rear and the dog started yelping again. At this time, Derrick heard what sounded like a power tool being started in the rear of the vehicle. Shortly after this I arrived and confronted SHAUN ANAYA.