South Africa: Former cop mauled to death by his own pit bull

CAPE TOWN, SOUTH AFRICA -- A retired police officer was tragically mauled to death by his own pit bull at his home in Belmont Park, Kraaifontein, on Thursday night.

The dog turned on his owner, 50, as well as his wife, Ruth, who is in ICU at Karl Bremer Hospital. Neighbours say the couple were found lying in pools of their own blood.

Residents say Henry Kleynhans had just spoiled himself and his son to a new car and motorbike on the Tuesday before the incident. His new Harley Davidson was splattered with blood stains. 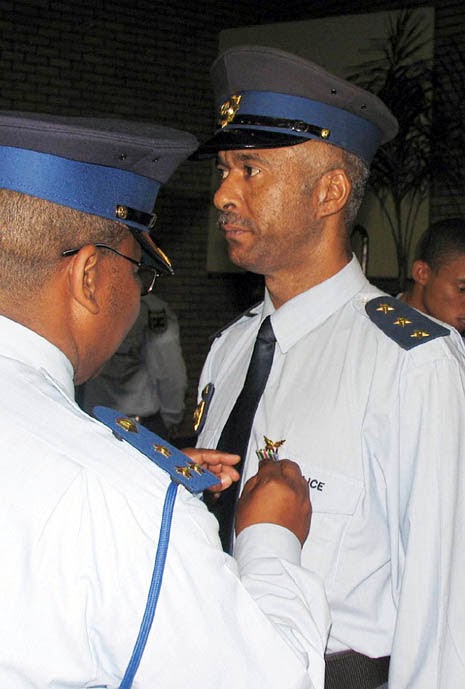 A trail of blood marked the path where the animal dragged his owner’s body around the house. Henry’s son, Chad, who was not home at the time of the attack, was too distraught to speak to the media.

The former captain was stationed at Kraaifontein SAPS and had retired in January last year.

Next-door neighbour, Eldridge Africa, 32, said he heard a commotion at the house and went to see what was happening. “I heard a weird noise coming from the house before 10pm; my girlfriend and I went to look what was going on.

“When we arrived at the gate, we saw Mufasa, the dog, dragging his owner and tried to fight him off ... but he wouldn’t let go. He’d just brought his new motorbike home that day and never got to ride it.

“He was a calm guy who always did everything for everyone. He always told us something about that dog wasn’t right.

“His wife was bitten on her arms, legs and stomach and was lying in the passage next to her house in a pool of blood.”

Doctors at Kraaifontein Day Hospital said Henry had lost too much blood and died.

The SPCA immediately collected the dog after the deadly attack. The society did not respond to media queries by Sunday night.

Police spokesperson Captain FC van Wyk confirmed the incident and said an inquest has been registered for investigation.