UNITED KINGDOM -- On Saturday 10th of February 2018 I took my beloved Gizmo out for his usual walk in his usual place nothing out of the ordinary..

we turned a corner and could see another dog running loose with its owner, I automatically put him on a short lead as I always do when we meet other dogs as all good owners and handlers do.. this said dog is a PIT BULL!! 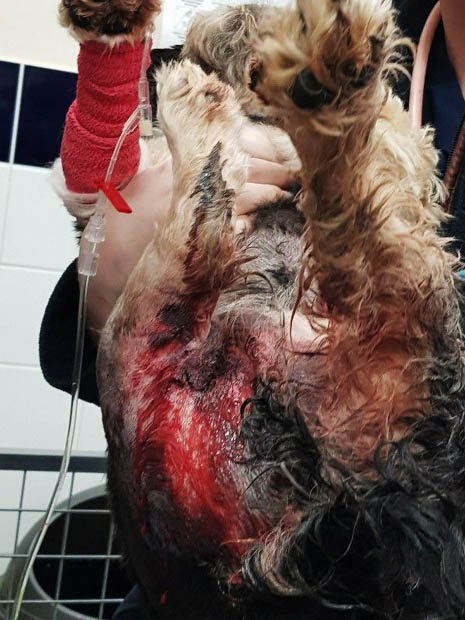 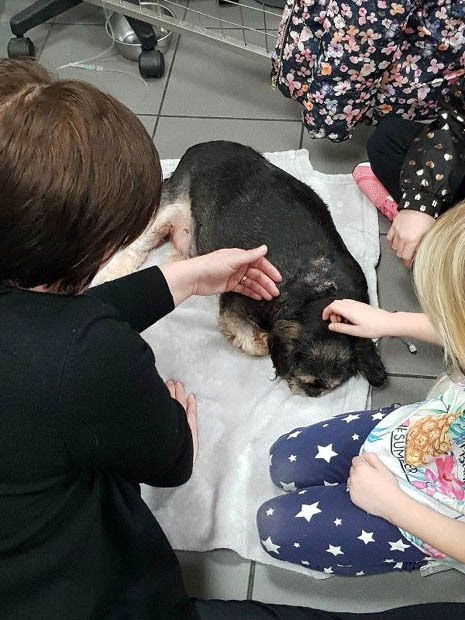 It spotted Gizmo and came running at him grabbed him by his scruff and threw him in the air there followed a horrific attack which lasted 15 minutes or possibly more ..

during this time the dog was uncontrollable the owner could do nothing with it. 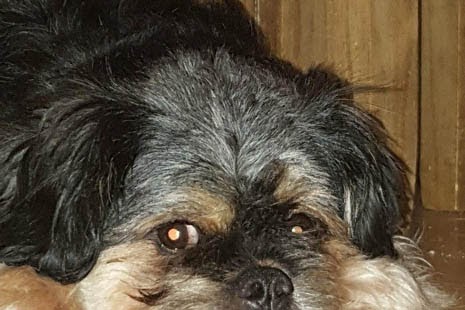 the dog eventually let Gizmo go, I scooped him up in my arms and turned my back in that split second the dog jumped up at me and snatched Gizmo from my arms.

Again the dog would not let go, the said owner dived on the dog and was screaming at me to grab Gizmo and run with him (good ehh).. I proceeded to punch and kick this dog to get it to let go of my precious Gizmo he wouldn't harm a fly!! 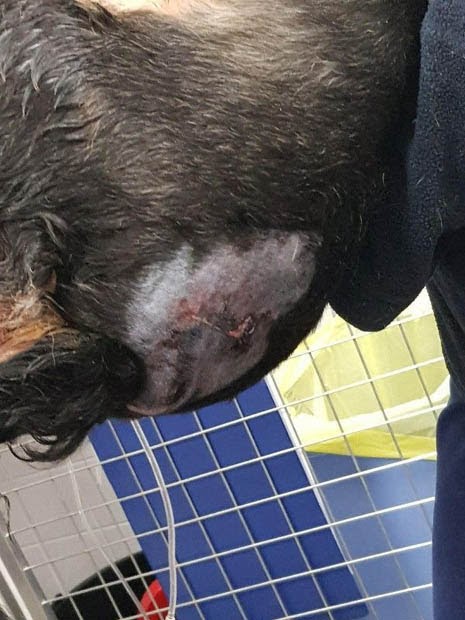 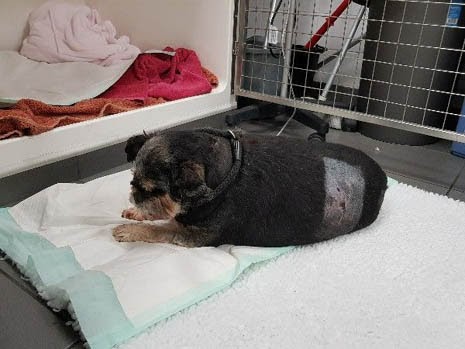 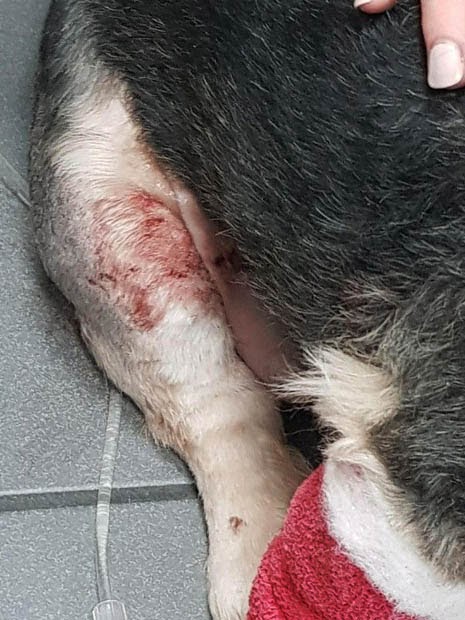 In this time again the owner was laying on the dog still screaming at me to grab Gizmo and run. The said dog again let go I scooped Gizmo up and cradled him but the dog jumped up again and snatched Gizmo from my arms. The noise was horrendous and something which I'll never forget..

again the dog let go with all the screaming and shouting the said dog managed to get free and snatched Gizmo for the third and final time but this time sends shivers down my spine as the noise my darling Gizmo made as he was pulled by his back leg I can not describe. 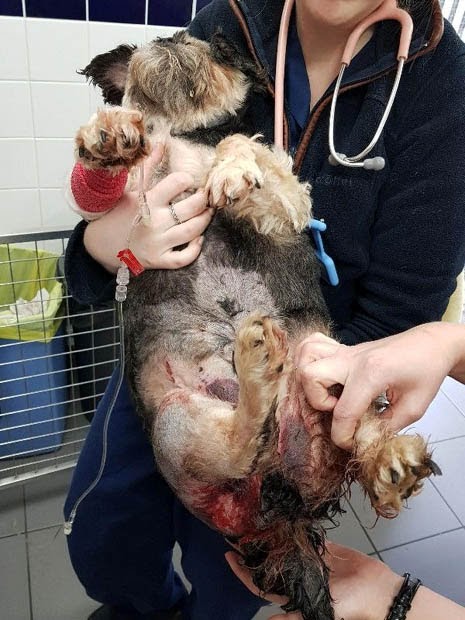 Many of my neighbours heard the racket and came running out to help us, it took two men to wrestle the dog off gizmo and get the dog under control and back on its harness!! Yes it had no collar on or harness! One of these men escorted the dog and owner back to her property whilst the other scooped Gizmo and myself up and drove us to the Vets!!

But as I'm writing this totally heartbroken and so so angry it is with such sadness that I have to say after 6 days having intensive care from the vets my beloved chunky monkey sadly passed away late last night from a massive cardiac arrest! 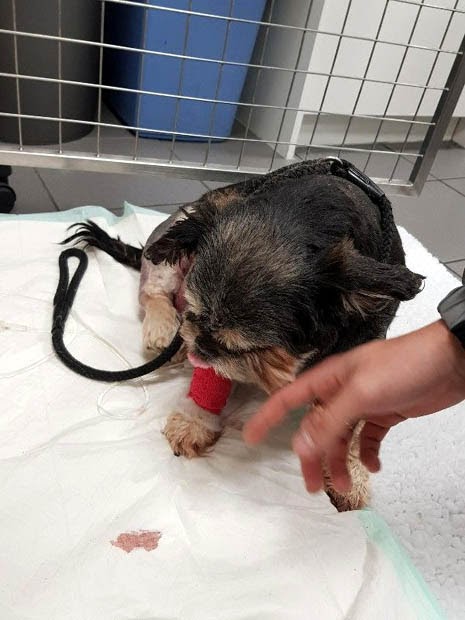 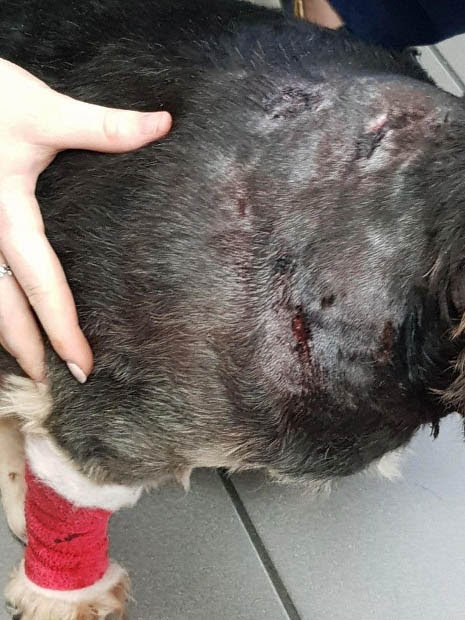 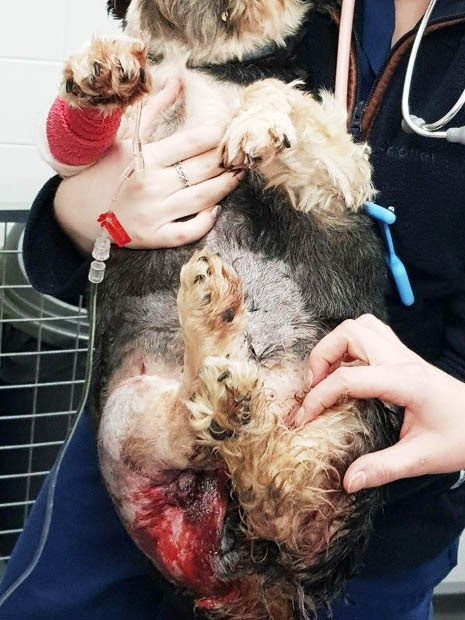 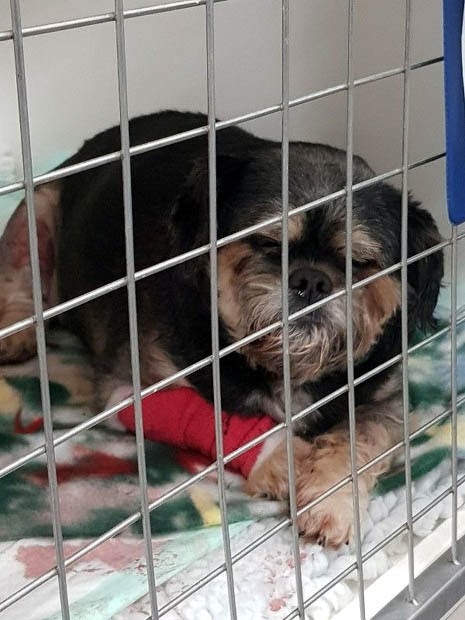 We have been left with a tremdous vets bill and the said owner is unlikely to pay anything towards this, so I'm hoping that this story tugs on the hearts of all you dog lovers out there to help us with as much or as little as you possibly can.. Thankyou x 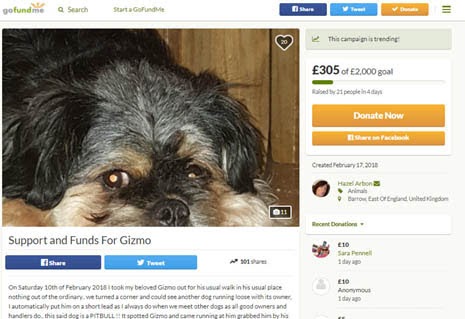