United Kingdom: Horror injuries of girl, 7, mauled in her face by neighbor’s Husky – and owner continues to walk dog past their house every day

UNITED KINGDOM -- A mom has shared horrific pictures of bloody dog bite marks on her daughter's face, as the pet responsible is still being walked daily past her family home.

Kerry Garforth’s seven-year-old Mia was attacked in June last year and she has decided to speak out as the owner is still exercising the husky around their West Yorkshire village.

Kerry, 33, said: “I want to make everyone aware of a dog that gets walked round Roberttown/Norristhorpe, it’s a Husky and is walked by a man in his mid-30s. This dog bit my daughter in the face for which she needed nine stitches.” 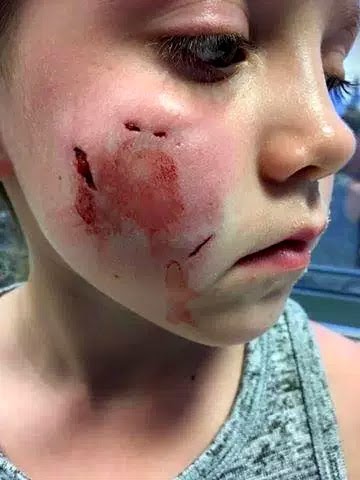 The mum-of-two said she asked an old school friend to look after Mia while she went for a hospital appointment and went back to pick up her daughter.

Kerry said: “I was sitting on the sofa chatting to my friend and Mia was with her son having some tea. Suddenly I heard Mia screaming. The dog had bitten her after trying to take some food from her plate. She was stood there shaking.

“We took her to Dewsbury Hospital but she was transferred to Pinderfields where she had about eight to nine injections and the wounds cleaned out with salt water.

“My daughter’s father reported it to the police but when they came to see me about three to four days later I must admit I down-played it as she and her partner were friends and I didn’t want to get them into trouble.”

However her friendship with her old friend has since disintegrated and she says she feels guilty about not protecting her daughter better.

She says on Facebook: “He continues to walk past my house with the dog which is not only very upsetting for my daughter but I have to live with the guilt of what that dog did because I was at their house when it bit her.

“The dog should never have been left alone with the children and I have to live with it, I think it’s very unfair I’m getting reminded by seeing the dog myself and seeing my daughter upset. 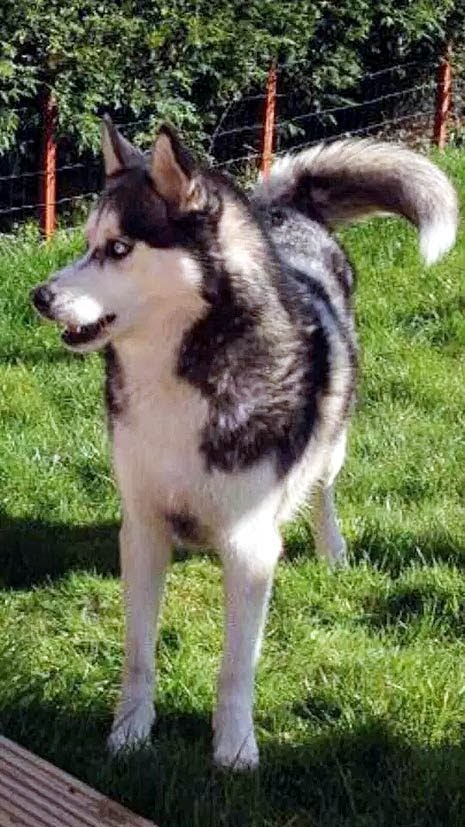 "Yes, it’s a public road but there’s absolutely no need for him to walk past my house.

“Roberttown is a village full of children and I just want to warn anyone that has children playing out to be cautious.

“I’m not saying the dog will do anything but considering the circumstances I’m now making it known to you all.”

She said her daughter, who has since recovered, is now anxious around dogs and added the attack left her stressed about Mia.