A Fayette County woman has been arrested for allegedly neglecting her pets. Sheriff Mike Fridley released the following information regarding this incident.

A Fayette County Sheriff's Deputy was dispatched to a residence in the Cannelton area regarding a possible animal cruelty complaint.

Upon the deputy's arrival, he found that the owner was keeping three dogs in an adjacent unoccupied apartment. The floors of the apartment were covered in dog feces and the overall living conditions of the animals were very poor. The Humane Society seized these dogs from this location.

The owner, Shannon Lee Sears (46 of Cannelton) was charged with four counts of Cruelty to Animals. Sears was arraigned by the Fayette County Magistrates Office and was released on a $8,000.00 bond.

"As usual, this agency takes a strong stand against abuse and neglect of animals" says Sheriff Fridley. "If you don't want to deal with pets, then don't have pets, it’s that simple".

This incident remains under investigation by Corporal N.D. Hall of the Fayette County Sheriff’s Department. 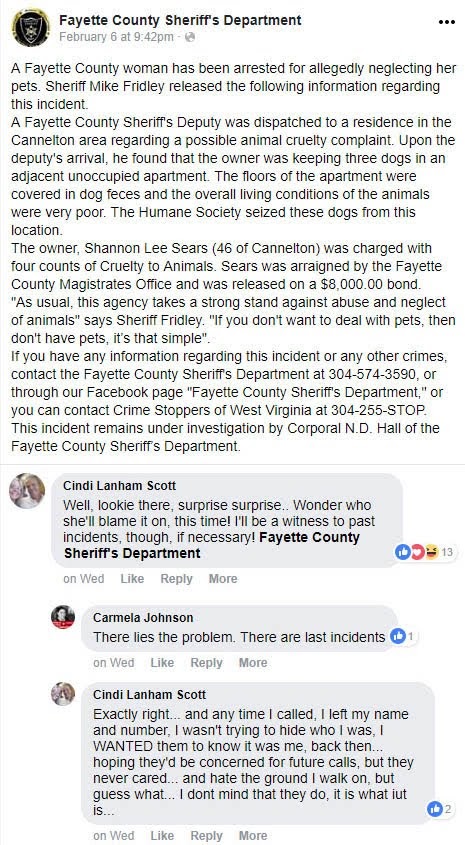 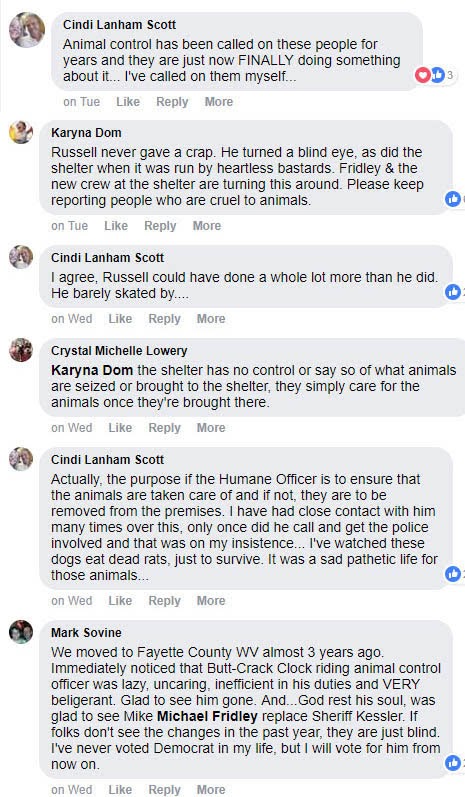 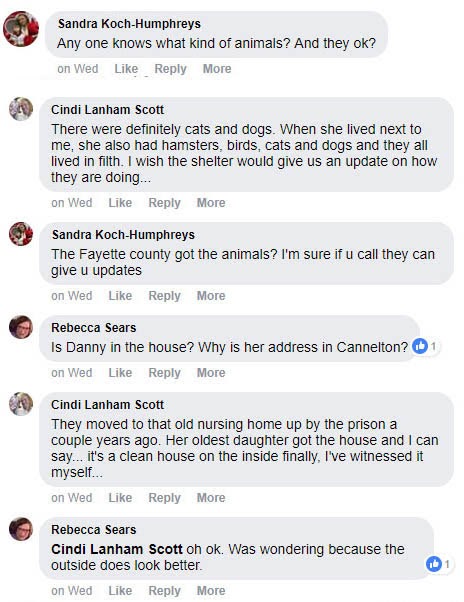 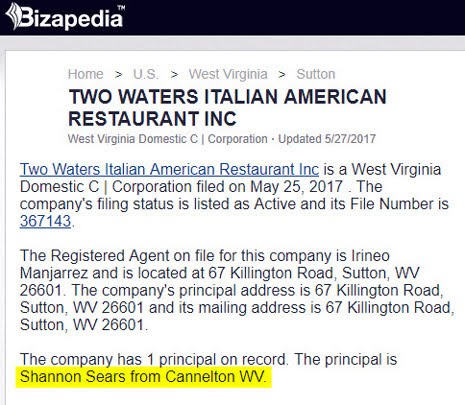 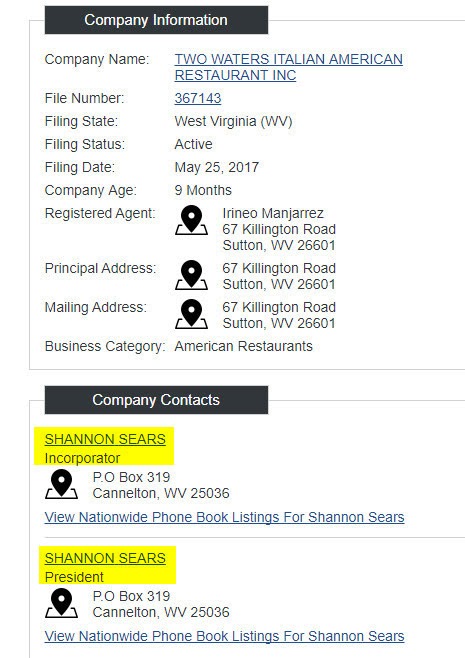