Arizona: Two Huskies get loose, go on rampage in neighborhood attacking and killing every pet they can catch. Animal Control hands them back to their owner

ARIZONA -- Two Siberian Huskies who attacked three dogs and a cat Monday morning, killing three of them, were released to their owner overnight until town attorneys were sure they had standing to seize them. 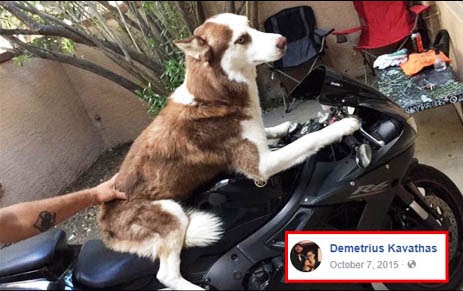 This means they're extremely animal aggressive with an inherent prey drive that cannot be 'fixed'. There are many dogs, including Pit Bulls, that don't necessarily select humans to attack but if they get in the way of them trying to kill another animal, that human will also be attacked. Their desire to attack and kill overrides anything any owner can do - except never let it around other animals. Most owners are too lazy to ensure the safety of others.

A short time later, Almodova said police received another call indicating two poodles and a cat had been attacked and killed earlier.

Officers determined the Huskies were responsible for jumping into other people's fenced yards, chasing, attacking and killing the animals.

Demetrius Kavathas, 30, was cited on two counts each of Prohibited Acts for the bites, vaccinations required, license required and dogs at large, police said.

The dogs were taken to the Humane Society of Southern Arizona on Monday then released to an owner before the end of the day, Almodova said.

When property is seized, the town wants to ensure they are on solid legal footing, so the decision was made to allow the Huskies’ owner to retrieve the dogs while attorneys reviewed the case, Almodova said.

“This was the first incident we’ve had in town (under new policies) and it’s taken a while to make sure no one’s rights were being violated and that we’ve done everything correctly,” Almodova said Tuesday afternoon. 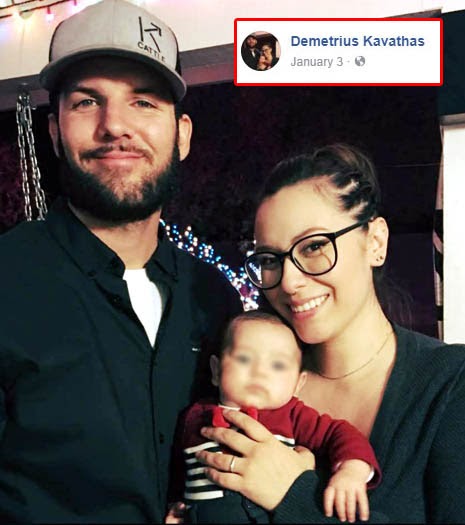 Babies and Huskies do NOT mix

A hearing to determine the dogs’ fate will be held before the town magistrate in coming days, Almodova said. The owner can pay a bond of $500 for each dog to retrieve them before that.

WHY AREN'T THEY BEING EUTHANIZED???

On Monday, Kavathas had to have the dogs vaccinated and licensed to keep them, the lieutenant said.

A woman who answered the door at the Kavathas home declined to speak with a reporter Tuesday morning.

Likely, the "woman who answered the door" is Adrianna Kavathas, wife and co-owner of the killer dogs.

Nadia Pischanski was sound asleep when she was awakened by her mother’s screams on Monday.

She discovered two Siberian Huskies in her backyard on Camino El Foso. The dogs were on either side of her dog, Tigre, tugging on the Chow/Husky mix’s ears, she said.

Pischanski grabbed a broom and joined her mom in screaming at the dogs. The dogs would retreat for a few seconds only to return to harass Tigre, who is 14.

“We kept protecting our dog,” Pischanski said. “We’d take turns yelling at them. My mom protected him while I called 911.”

Eventually, the dogs wandered out of her view, she said. She soon overheard a neighbor speaking to police. After several minutes, she flagged down the officers as they were leaving to tell them her dog had been injured. Tigre had a puncture wound on his head. 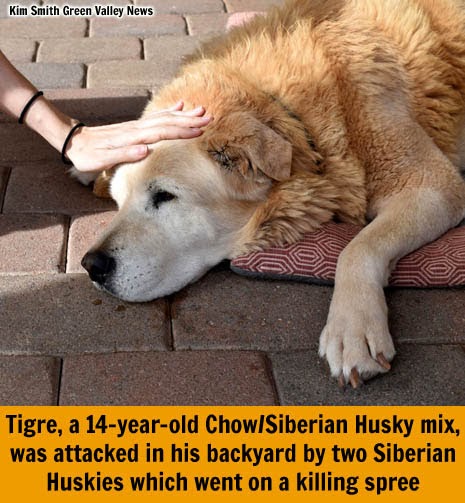 “He can barely walk,” she said.

While speaking with the officers, Pischanski said she learned the Huskies are suspected of killing the poodles and a cat.

“When I went to bed (Monday night) I could hear horrible noises, but I thought my dog had killed a bird,” she said. “I didn’t go out because I didn’t want to see that.”