United Kingdom: Girl attacked by Pit Bull while playing at the park

I ain't got nothing again people having what ever dogs the want but if they wanna keep a vicious dog it should be kept in and not left roam the streets and into childerns parks Brooke was attacked by a pit bull on Friday in the park.... the owner is just as bad as the dog but u will be found !!!! fucking joke is what it is.. . 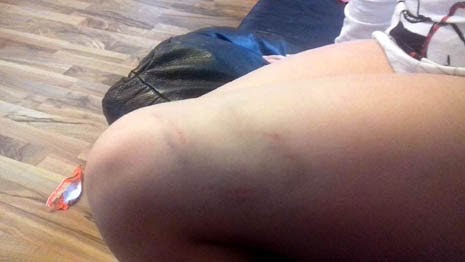 Lorraine Ní Hallacháin - Fuck sake that’s not on! They have cameras there the cops should post pics of the dog and someone will recognise it. Luckily it wasn’t the childs head, hope she’s ok 😞

Rachel Power - was down there yesterday there going looking at cameras ... it would of been a lot worse only a man at the park with his own kids lifted Brooke up shook the dog off her. 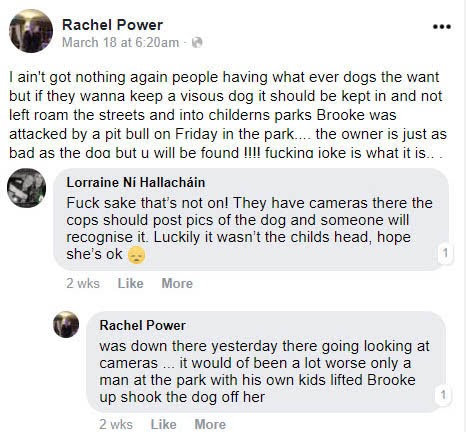 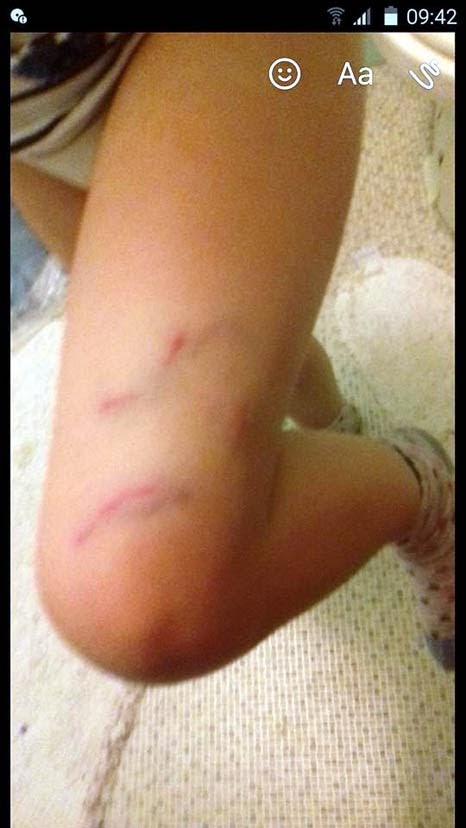