Georgia: Pit Bulls maul 16 year-old girl, a man in his backyard and a 77-year-old man who may lose his leg

GEORGIA -- Xiaohong Davis was searching frantically for her father Monday when she got the call telling her that he was in the hospital and had been severely injured after he was attacked by a pair of pit bulls earlier in the day.

Zhong Kai Mao, 77, had been at Ronald Reagan Park and was walking home afterward. When he didn’t arrive home, his daughter went to the park but couldn’t find him. Mao immigrated to the U.S. from China two months ago and speaks little English.

“I was waiting for him for dinner and I couldn’t find him,” Davis said. “So after I found out where he went, we looked all over, all over and then got the call from the emergency room so you can imagine what kind of a shock that is.” 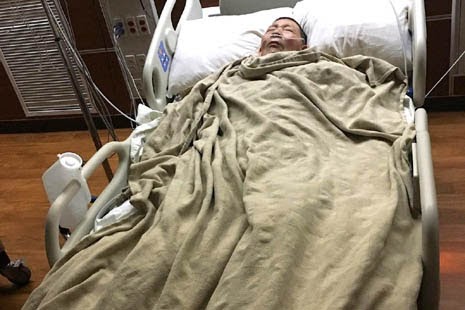 Mao was one of three people attacked by pit bulls on or near Five Forks Trickum Road in unincorporated Lawrenceville on Monday. The dogs had escaped from the home of their owners and began roaming the area.

A Gwinnett County Animal Welfare and Enforcement officer wrote in a report that Mao’s left calf was bleeding uncontrollably after the attack. A police officer had to apply a tourniquet to stop the bleeding, the report said.

“When he was brought in (to Gwinnett Medical Center’s emergency room), he was in critical condition,” his daughter said. “He’s been in ICU for a few days.”

On Wednesday, Mao began having heart issues and doctors had to do a cardioversion on him to get his heartbeat back to a normal rhythm.

Now Mao faces an uncertain future. He has large gaping wounds on his leg with muscle and other internal tissue visible. The wounds are so large, in fact, that doctors told his family he will need skin grafts once it’s possible to safely do the procedure.

In the meantime, doctors and family members have to wait and see what will happen. His leg may still have to be amputated. Initially, doctors told the family that amputation would be needed, but they then began trying to see if that could be avoided.

“They’re still observing and trying to treat the wounds to make sure they’re not infected because if they get infected, then they’ll still have to cut that leg off,” Davis said.

One issue complicating matters is that because Mao only recently immigrated to the U.S., he doesn’t a job to provide income or insurance to cover medical costs. Family members have set up a GoFundMe account so they can raise $300,000 to help pay for his medical expenses.

The GoFundMe page is located at www.gofundme.com/elderly-man-critically-injured. 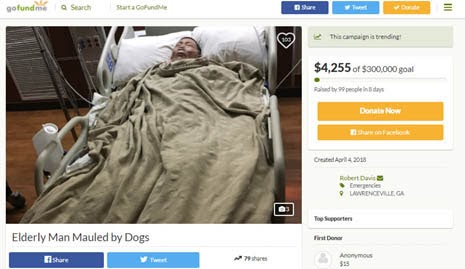 The severity of the attack has Mao’s family upset over the fact that the dogs were able to escape from their owners’ home and attack people.

In addition to Mao, the dogs also attacked a 16-year-old girl who was also walking along Five Forks Trickum Road. After they attacked Mao, they headed up Rosa Drive and attacked another man who was in his backyard.

The family that owned the dogs surrendered them to the county’s Animal Welfare and Enforcement Division, which had the dogs euthanized and sent to a state lab for rabies testing. The dogs tested negative for rabies.

“I feel that this should be equivalent to assault with a deadly weapon and they should be prosecuted as such,” said Robert Davis, who is Xiaohong’s husband and Mao’s son-in-law. “It’s just that bad. If you take one look at my father-in-law’s leg, he’ll be lucky if he can walk on that leg again, and if he does, it’s going to require a lot of treatment and a lot of expense.

“Think about what you’re doing to somebody else’s life when you let these dogs get loose.”

Meanwhile, Mao’s daughter said she doesn’t consider pit bulls to be safe enough to be owned as pets. She said Georgia should pass a law addressing pit bull ownership. Other states have similar breed-specific laws, she said.

“I want to really, really advocate that Georgia pass the same law, like those other states, so that people cannot own this type of dog,” she said. 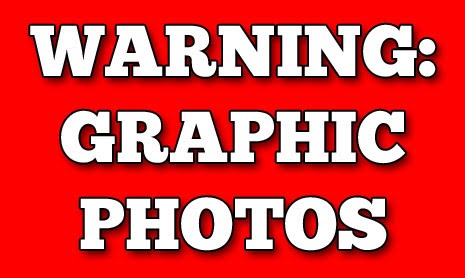 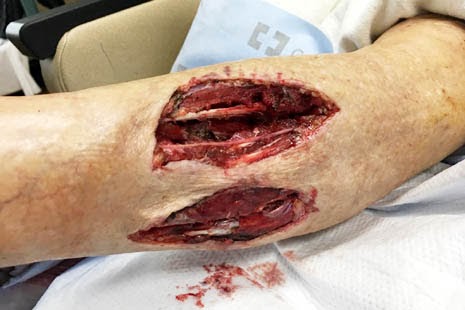 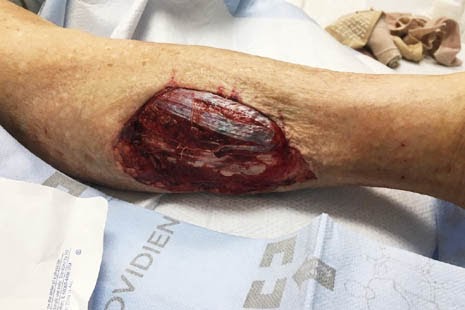