Washington: A’Kinyelle Thomas-Lewis, 21, and Forrest Smith, 22, shot their 5-month-old Labradoodle puppy named Aubrey in the stomach then abandoned her because they didn't want her any longer, say police

Note: They're saying on the Kitsap Humane Society's Facebook page that both of these men are in the United States Navy.

PORT ORCHARD, WASHINGTON -- Two men were charged Tuesday with animal cruelty for shooting a high-maintenance puppy and leaving it in the bushes in a Port Orchard park.

The 5-month-old Labradoodle named Aubrey was found Monday near 1800 Sidney Avenue, which is part of Vanzee Memorial Park, after a neighbor heard the gunshot before 2 p.m. and then heard a dog whimpering and yelping.

Officers found the dog and a detective drove it to Kitsap Veterinary Hospital on Bethel Avenue, where it was stabilized and x-rayed. It was ultimately taken to the Kitsap Humane Society in Silverdale for emergency surgery. 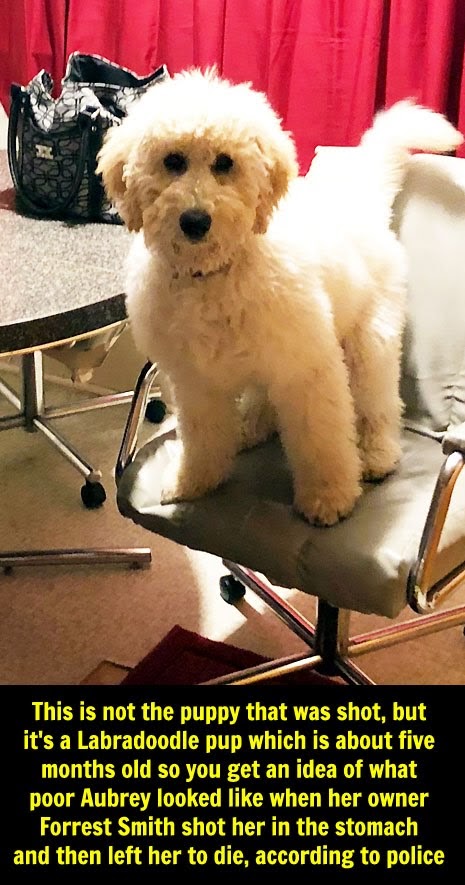 A Facebook post Monday night from the Humane Society said the dog had been shot in the abdomen.

“We are optimistic about the dog's prognosis but would love if our followers could keep him in their thoughts tonight,” the post said.

“It’s disturbing,” he said, adding that if the owner had taken the dog to the Humane Society it would have likely been re-adopted in short period of time.

As officers were canvassing the neighborhood, one found a folded-up traffic ticket for a 22-year-old man, Forrest Christian Smith, who lived nearby. His vehicle matched the description of a vehicle witnesses saw at the scene, according to court documents.

Officers went to the address and interviewed a roommate, who said Smith bought the dog about two months earlier and that since then the puppy had been “troublesome.”

Smith had not bothered to potty train (housebreak) Aubrey so she was having accidents inside the residence. Smith also wasn't bothering to take into consideration that she is a puppy and was allowing her to chew on furniture and other items.

Another roommate, A’Kinyelle Donald Thomas-Lewis, 21, said Smith was “unwilling to put up with the dog any longer” and admitted he and Smith had gone to the wooded area together and Smith shot the dog.

Officers noted Thomas-Lewis appeared confused by the investigation and behaved as though police were overreacting about the horrific animal cruelty, saying, “All this for a dog.”

Officers seized a 9 mm Glock handgun from the residence. 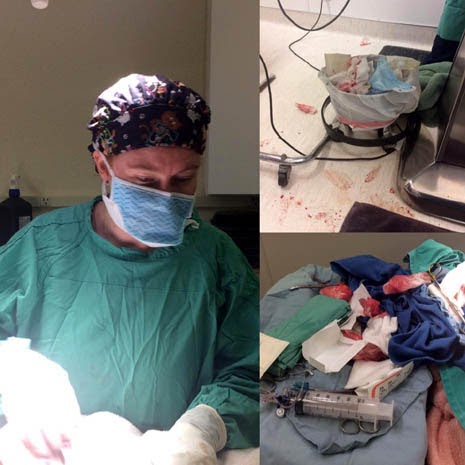 Kitsap Humane Society
April 30 at 10:38pm ·
Tonight our amazing veterinary team is staying late finishing up a long emergency surgery to save a dog that was shot this afternoon. The bullet had entered his abdomen and Animal Control Officers rushed him to KHS so he could get the lifesaving care he needed. This is what being on the front lines of animal welfare looks like- late nights, a dedication to lifesaving, and sometimes, a whole lot of blood. We are optimistic about the dog's prognosis but would love if our followers could keep him in their thoughts tonight.