ALASKA -- The Anchorage Police Department (APD) said it received information Thursday morning that a woman was being held captive inside her home by her boyfriend, who did not live at the residence and was armed with a knife.

Police were also informed the suspect, 28-year-old James Roy Nanalook, had strangled the woman’s two cats, according to a release from APD.

According to police, when officers arrived at the house on the 1500 block of Karluk Street they set up a perimeter and began to try and make contact with Nanalook. Police said the female victim tried several times to leave the home but Nanalook refused to let her. 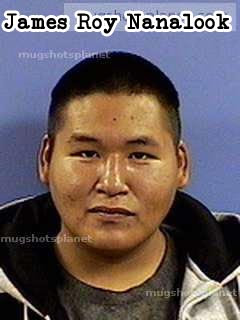 The woman eventually was able to escape the residence unharmed at 2:43 a.m., according to APD.

After leaving, the woman told police that they both had been drinking when they got into an argument after she found what she suspected to be empty drug packaging. The victim told police that Nanalook then held a knife to his own throat, making suicidal threats, but did not threaten her with the knife.

The woman also told police that Nanalook had strangled her cats but did not kill them.

An Anchorage police SWAT team and negotiators arrived on the scene. Nanalook refused to comply with police instructions and threatened to blow up the house using the gas line, police wrote.

As a precaution, officers shut off the gas line to the house.

At 5:50 a.m., Nanalook came out the front door holding a knife to his throat. He eventually dropped the knife and “was taken into custody without further incident” at 5:54 a.m., according to police.

Nanalook was taken to the Anchorage Jail and charged with kidnapping, animal cruelty, and probation violation.