AUSTRALIA -- Hung by his neck and left to die, a Bundaberg cat was forced to break his own leg to free himself.

The horrific case of animal cruelty brought a seasoned animal rescuer to tears as she struggled to understand why anyone would do such a thing.

Best Friends Felines owner Nikki Chapple has seen her fair share of animal cruelty but even she was left dumbfounded by this latest act of animal abuse. 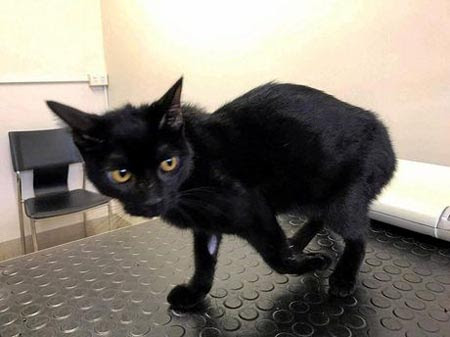 Mrs Chapple said she was alerted to the black cat's ordeal by Red Collar Rescue owner Sharyn Banks who posted it on an online animal rescue forum asking if anybody could help. 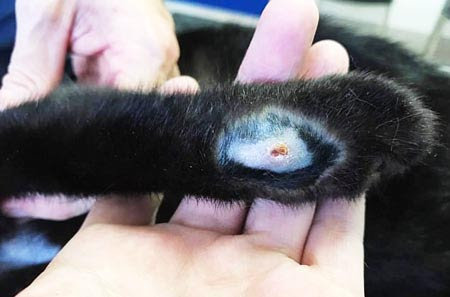 According to Mrs Chapple, the 18-month-old domestic short hair cat was cared for at a Bundaberg pound before the pound's vet, along with Northside Vet Care, determined the best course of action was to amputate the cat's front left leg.

He arrived in Brisbane on Wednesday night and as soon as Mrs Chapple saw him she cried.

"The skin was gone from around his neck," Mrs Chapple said. 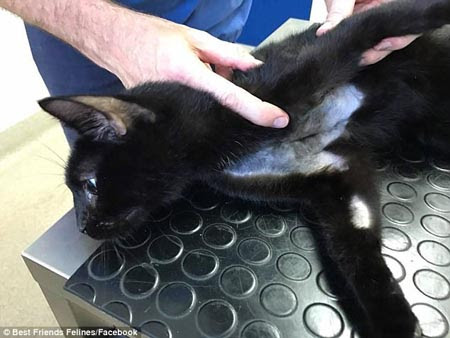 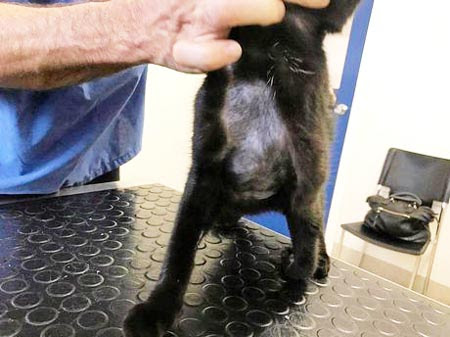 "It looked like your typical collar injury but thinner so it must have been a tiny piece of rope."

Mrs Chapple said the cat had no use of his front left leg and was dragging it beneath him.

"He had worn away the hair around his paws, it was bloody, and underneath his leg was an ulcerated sore." 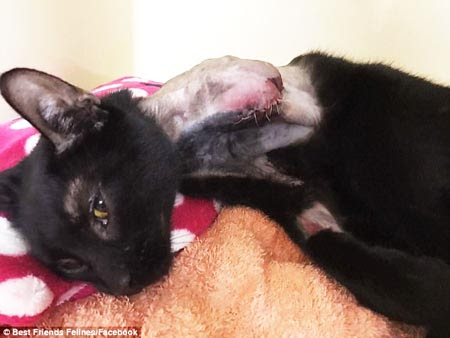 The cat was named Odyssey after the epic journey it had endured and Mrs Chapple said the evidence strongly indicated this was done on purpose.

"Someone's deliberately done this or another suggestion was a dog fighting ring used him as bait," she said.

Odyssey's amputation was performed successfully yesterday. Now he must adapt to life with only three legs.

"When it's one leg the animal can adapt pretty quickly," Mrs Chapple said. "He was already hopping about and he had good balance this morning."

But if Odyssey's journey is to have a happy ending he will have to overcome another potential obstacle. 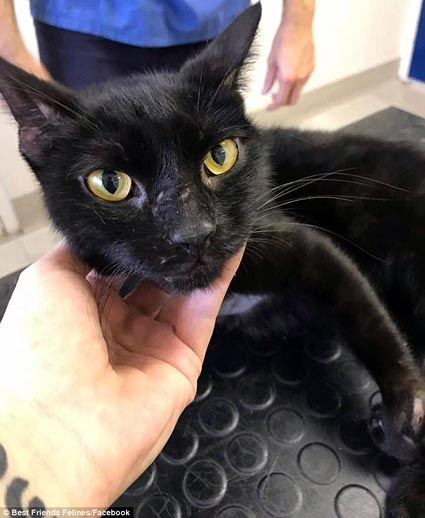 "Because he's a black cat they are traditionally harder to adopt because of a stupid superstition," Mrs Chapple said.

"Thankfully we've had three people already say they want to adopt him. Hopefully we'll find a perfect match for him and he'll never endure anything like this again."