Florida: Animal rescuer Andrew Gerberich was facing 45 years in prison for horrific animal cruelty. Instead, he will spend a few months in the county jail. No word on his wife Kym Gerberich facing charges at all. 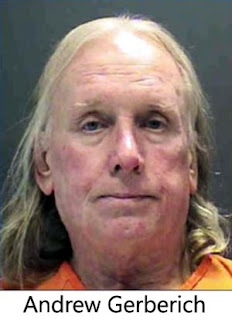 He pleaded guilty to half of the 61 animal cruelty charge against him and was sentenced to 11 months and 29 days in jail (with "good behavior" he will likely only serve a third of this sentence -- about 4 months. And this will be in the county jail, not prison). 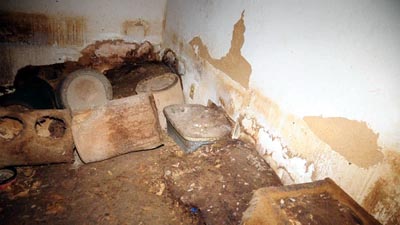 Last June, Animal Service officers removed 26 cats and nine dead cats from Gerberich's home at 5004 White Ibis Drive in Heron Creek Golf and Country Club where he lived with his wife Kym. Most of the dead cats were skeletal remains.

On June 24, an Animal Services officer came to the home, but Gerberich was visiting his wife at the hospital.

"Standing at the front door of the home, I could smell the foul odor of cat feces and urine emitting from the residence," the officer wrote in the report. "Several cats responded to my presence, gathering at the front door inside the home. Through the front door window, I saw several filthy, white cats with matted fur that appeared sick. They were thin and had snotty mucus draining from their eyes and nasal cavity."


The report noted that even though the electricity was working, the air conditioner was inoperable and the windows were all closed.

"The ammonia vapors from the cat urine and feces was so strong, we were unable to remain inside the home, even with the use of facial masks," an officer said in the report.

He told detectives he rescued the animals but could not care for them due to financial difficulties. -- and never bothered to take them to a shelter, another rescue, or even simply turning them loose to fend for themselves. Instead, he continued the torture as they slowly died, one by one, inside this filthy house. 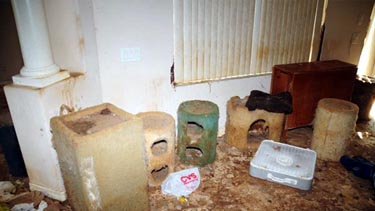 Gerberich pleaded guilty to eight counts of aggravated animal cruelty and 35 counts of confinement of an animal without water or food. He also faced seven years of probation but will only have to serve four of those years.

Gerberich, who owned a computing consulting business, was the 2010 North Port Citizen of the Year.

According to an article in North Port Magazine, Gerberich has a biology degree from George Mason University and worked 12 years as a zoologist for the Smithsonian in Washington, D.C., before changing careers and moving to North Port. He has participated in numerous civic organizations, including Friends of Sarasota County Parks, the Kiwanis, the North Port Parks and Recreation Advisory Committee and North Port Community Emergency Response Team. 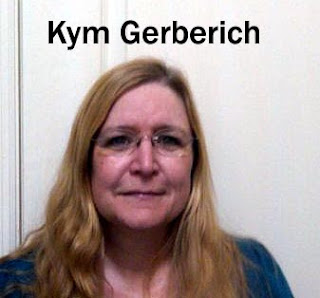 Authorities became aware that the situation at his home was far different than his public image on June 20 when the North Port Fire Department was called to a medical emergency involving Gerberich's wife, Kym Gerberich, 59. They found her on the bedroom floor amid garbage, cat feces and insects, the Sheriff's Office reported.

Andrew Gerberich appeared to be intoxicated, the report added.

No update on Kym Marie Gerberich's condition was available. She is a CPA and a former employee of the North Port Area Chamber of Commerce.

Was she ever charged with animal cruelty??! 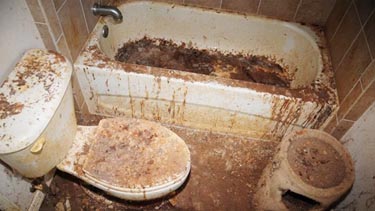