Georgia: Officer says his 'training kicked in' during Rottweiler attack

GEORGIA -- A police officer on his way to work said “my training kicked in” Saturday when he came up on a man being attacked by two dogs.

Orr was driving to work from his home in Gratis when he came up on the attack at about 5:30 a.m. Saturday. Orr shot the dogs, causing them to run from Byrd. 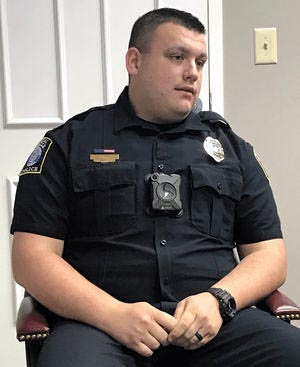 Byrd since has been in a medically induced coma at Piedmont Athens Regional Medical Center.

Orr said he was alerted by a car on the side of East Marable Street using its emergency flashers and thought it was a stranded motorist — until he saw Byrd lying on the ground with the dogs.

“Then my training kicked in,” Orr said.

The officer told the dogs to stop, as he said police officers are trained. But when one of the dogs charged at him, Orr shot it twice. Then he shot the other dog.

“One dog died on the scene, the other dog went on down to the wood line,” Orr said. “I gave help to Mr. Byrd, who continued yelling ‘Help, help, help.’