INDIANA -- Two men were arrested for animal cruelty after police say they abused their horses and dogs.

His father, 75-year-old Jimmy Aslinger, of 2942 Vinegar Hill Road, was also wanted on a warrant for three counts of animal cruelty and was jailed Tuesday morning.

According to a Lawrence County Superior Court I probable cause affidavit, on Feb. 1, Lawrence County Animal Control Officer Lola Nicholson went to Darrell's home, whose property joins with his father's, after a report of a neglected horse that appeared to be dying from starvation.

The affidavit stated that Jimmy owns both properties. 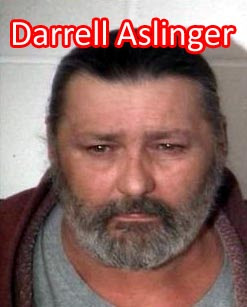 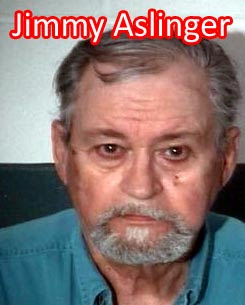 The horse, named "Sinbad," owned by Darrell, appeared malnourished, with its ribs showing. The horse died a few days later.

In addition, Nicholson found a black pony named "Pee Wee," whose hooves were overgrown and curling. One of the hooves curled back enough that it grew into the pony's leg, causing an infection.

Both Darrell and Jimmy told police they did not feed hay to the horse and pony unless it snowed in the winter.

One of Jimmy's dogs, a Jack Russell terrier named "Jake," also had a leg injury. Jimmy told police the dog had been hit by a car years ago, causing a portion of the leg to die.

Jimmy said he took the dog to the vet at the time, but he couldn't provide the name of the veterinarian.

A pit bull owned by Darrell named "June Bug" had no hair on its back and was covered with mange or was suffering from a flea allergy. Police say the dog was very thin and its ribs were also showing.

Neither Jimmy nor Darrell could provide proof the dogs had received any veterinary care.

Both men were arrested and taken to the Lawrence County jail. According to court records, Jimmy posted a $305 cash bond Tuesday. Darrell posted a $505 cash bond this morning.