Maryland: Anthony Muniz, 36, charged with animal cruelty; accused of tying a cinder block to his pit bull and drowning it

MARYLAND -- A man from Reisterstown was held without bail on Monday for allegedly drowning a dog in Liberty Reservoir in February, the Carroll County Times reports.

The dog was found dead in the reservoir, tied to a cinder block with a leash and electric cord around his neck, according to charging documents. 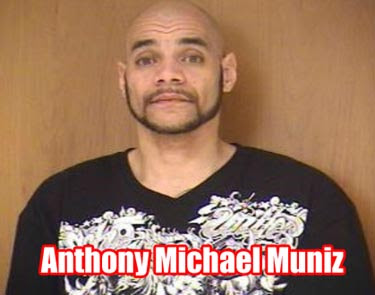 On February 28, Humane Society of Carroll County Animal Control officers were called to Liberty Reservoir for a call of a dead dog floating in the water.

The Times reports that it was a male, black and white dog of a bully breed named Gus, which had been adopted from the Humane Society of Carroll County by Muniz, according to the dog’s microchip information, on December 24.

Muniz reportedly brought the dog in on December 13 and said he was a stray. He then came back on December 24 to fill out paperwork for the dog’s adoption.

Charging documents say that a woman called the Humane Society on January 5 to say that the dog was not a stray, but belonged to her and that she was “concerned for the dog’s safety.”

Animal Control and the Baltimore Environmental Police have launched a joint investigation into Muniz.

"We investigated it in cooperation with the Humane Society ... and found that [Muniz] had fled the state and was hiding at a hotel in Gettysburg," Brackett said in an interview. "We requested the assistance of the Carroll County Sheriff's Office to extradite him from out of state."

Muniz was arrested and extradited with the assistance of Pennsylvania authorities, and brought before a judge in Carroll County on Thursday, March 23, according to Baltimore Environmental Police Chief Luke Brackett.

Muniz is being held without bail at the Carroll County Detention Center, according to electronic court files. He has a hearing scheduled for May 26.