Massachusetts: Springfield high school teacher and his wife, who is a social worker for the state Department of Children and Families, charged with cruelty to animals following deaths of numerous dogs

MASSACHUSETTS -- A Springfield high school teacher recognized by the White House for his work with at-risk students is facing criminal charges for allegedly failing to care for two dogs that were euthanized last month.

Stefan Davis, 48, pleaded not guilty March 9 in Springfield District Court to two counts of cruelty to animals. A teacher at the High School of Science and Technology, Davis also founded Fresh Start, a program that helps struggling students bring up their grades. 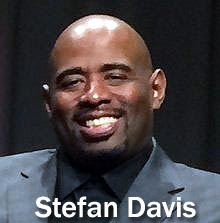 His wife, Mirna Gomez-Davis (Mirna Davis), 42, a social worker for the state Department of Children and Families, also was charged with two counts of cruelty to animals.

A complaint filed by the Massachusetts Society for the Prevention of Cruelty to Animals accused the couple of failing to provide medical care for Athena and Sorra, both young Neapolitan Mastiffs.

The dogs were emaciated and suffering from multiple medical problems before being euthanized in February, according to the complaint, which claims the couple's neglect resulted in "unnecessary suffering" for both dogs.

Three other dogs, all Neapolitan Mastiffs, were "presented dead on arrival" by the couple at the VCA Boston Road Animal Hospital between 2014 and 2016, according to documents filed in the case.

In a statement to investigators, Gomez-Davis denied mistreating the dogs and said both had been healthy until early January. Athena, a 1-year-old female, stopped eating around Jan. 8 and continued to decline before being taken to the Memorial Avenue Animal Clinic in Chicoppe on Jan. 24, she told investigators.

By Feb. 2, the dog's condition had worsened, despite being prescribed antibiotics. "Every bone in her body was visible and she could barely raise her head" when carried by stretcher into the Boston Road hospital, the complaint states.

Rather than seek further treatment, Gomez-Davis decided to have Athena euthanized to end her suffering and because the dog "was going to die anyway," the complaint said.

The next day, the couple surrendered Sorra to the Thomas J. O'Connor Animal Control and Adoption Center. The dog, a 2-year-old female, was emaciated, bloated, had a severe eye infection, a swollen vulva and gave off a foul odor, the complaint notes.

She was carried into the center on two "rabies" poles after attempting to bite an employee outside, the complaint said. Citing the dog's poor health and aggressive behavior, the center told the couple she would be euthanized unless they wanted her back.

Why would they EVER consider giving this dog back to them???

With the couple's approval, the dog was euthanized that night, the complaint said.

In her statement to investigators, Gomez-Davis maintained that Sorra was healthy, but was surrendered because of behavioral problems. A death in the family caused a delay in seeking treatment after Athena became sick in January, Gomez-Davis said.

The couple had as many as 10 dogs at their home on Page Boulevard, but Athena and Sorra were the last two. They have no plans to get more dogs, Gomez-Davis said.

A veterinarian who treated Athena described her condition as "shocking" and "decrepit," and called it "extremely abnormal" for a family to have five dogs die suddenly or need to be euthanized in a three-year period, according to court documents. 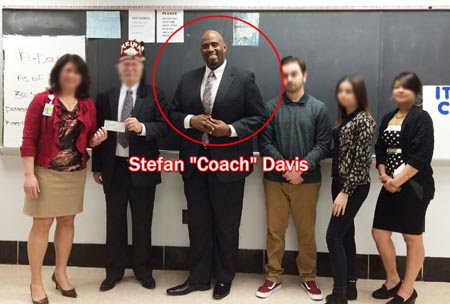 Criminal complaints were issued against the couple on Feb. 14, and they were summoned for arraignment on March 9. Both were released on personal recognizance and told to return for a pretrial hearing on May 9.