United Kingdom: Police searching for person who stuffed two pet rabbits into bag and dumped them outside charity shop

Oxfam, in High Street, found two live rabbits inside the bag it had received on Tuesday March 14.

The rabbits were dehydrated and staff worked out they must have been there for at least three days, but maybe up to a week. 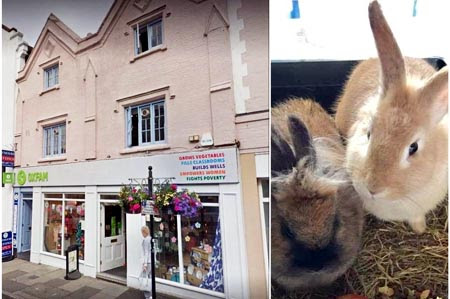 Staff acted quickly and contacted Next Chapter Animal Rescue, based in Farnborough, which took the rabbits into care as soon as they were called.

Oxfam deputy manager, Tanya Jenkins, said: "They were popped just in a black bag, we have a big donation bay out the back of the shop and we get so much stuff that people just leave them in the bay outside.

"We're not sure how many days they were there but we think between three and seven. There were donations put on top so it's amazing they were able to survive it.

"One volunteer thought they were stuffed at first as they weren't moving, then they started to move so our volunteers got them out and fed them straight away."

Mrs Jenkins added it was one of the strangest donations the shop has ever had.

"It's shocking that people have just left them," she said. "It's awful.

"The volunteers were a bit shocked as you don't expect to find animals at the bottom of our bays, I'm surprised they didn't get suffocated.

"We're glad they did get found and have moved on to a better home, but if anyone knows who did drop them off that would be good so they can be charged in some way." 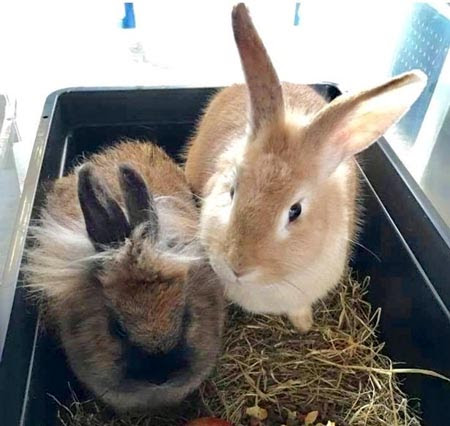 'Heartless act of abandonment and cruelty'

Once cleaned, fed and given water, the rescue centre said the rabbits had demonstrated that they are used to human company.

Carole Waite, the Next Chapter Animal Rescues’ treasurer, now has the rabbits in her care and is thrilled with how well they are doing considering their ordeal.

She said: “This is a heartless act of abandonment and cruelty and these rabbits could easily have died and are lucky to be alive. How can someone be so cruel?

“They deserved better from their previous callous owner.

“Every animal deserted and handed into rescue costs Next Chapter money and fortunately the vet says these two have recovered well, at first they were very shy and nervous but now they are loving life again.”