MICHIGAN -- A Howell woman grieving a vicious attack on her two dogs wants the dogs who she says attacked them to be put down.

Veronica Evans said she was walking her Shih Tzu, Peyton, and Maltipoo, Milo, around 10 a.m. on Feb. 25 in the area of West and Wetmore streets when three dogs “viciously attacked.”

Peyton's injuries required several surgeries, but he survived the attack. Milo died from his injuries at the Michigan State University veterinary clinic.

“I don’t need to hear (the dogs’ owners) have more rights than I do,” she said. “I was told, ‘We have to work through the law.’ It’s been over a month, and those dogs are still in that house. … It’s just so wrong.” 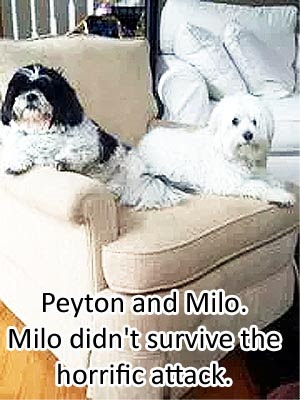 Efforts to reach owners of the other dogs were not successful Wednesday.

Evans identified the aggressive dogs as two pit bulls and a cane corso, which is a large Italian breed known as an Italian mastiff, who live at a home on Wetmore Street.

Howell Police Chief George Basar confirmed his office took a report about the attack and referred it to the city attorney.

Dennis Perkins, the Howell city attorney, said the incident is under investigation. He said he’s trying to determine if it’s a complaint the city should pursue under the city’s Dangerous and Vicious Dogs ordinance or whether it should be referred to the Livingston County Animal Control for investigation and possible criminal charges. 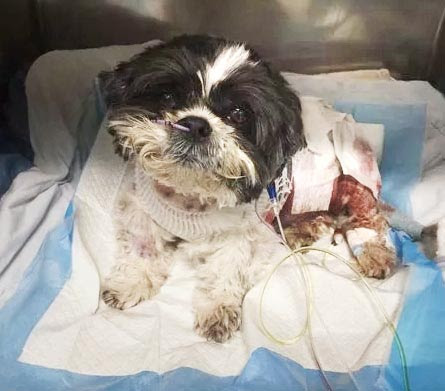 Under the city ordinance, a vicious dog is one that has “killed or caused serious injury” to a person or “has killed another dog.”

A person found guilty of violating the ordinance, which is a civil infraction, faces a penalty including paying all expenses related to seizure of and destruction of the vicious animal as well as a fine based on the number of violations. A person convicted of a misdemeanor or felony could face incarceration.

Perkins said the dogs’ owners have been identified and one admits ownership of the dogs.

Evans hopes the city or prosecutor’s office will consider charges in her case.

Andy Seltz, director Livingston County Animal Control, said his office responded to one prior complaint at the dog owners’ home, but the complainant declined to pursue charges. 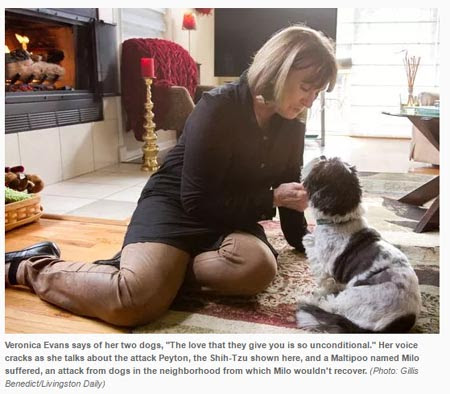 Meanwhile, Evans is considering civil action. Thus far, she said, she has spent upwards of $10,000 in vet bills for both Peyton and Milo.

She also hopes to work with the city to more quickly address similar situations should it happen to someone else.

“I’m not done with this,” Evans said.