MISSOURI -- Municipal workers in a Missouri city used digging equipment to rescue a curious dachshund that darted down a groundhog hole and got stuck beneath a sidewalk.

Amanda Rhodes said her rambunctious wiener dog, Ginger, ran down a groundhog hole Monday night and followed the tunnel under a city sidewalk. 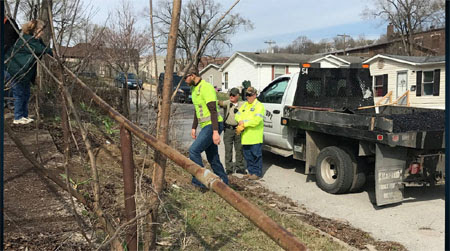 Rhodes said she and her husband were unable to coax Ginger out of the hole before going to work, and her sister-in-law, Chris Redmond, ended up contacting the city.

Department of Public Works Superintendent Brian Chaplin arrived to examine the scene and gave public works employees the go-ahead to break through the concrete. 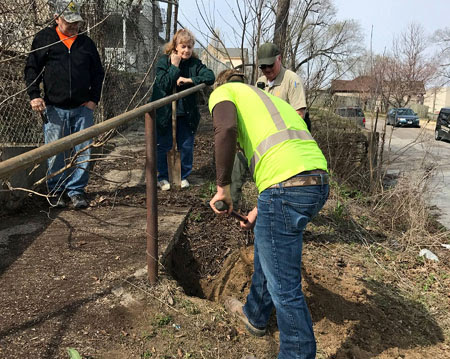 The sidewalk was broken using city equipment and Chaplin joined the workers in digging with their hands to free the dog.

Rhodes posted a photo to Facebook showing the workers holding Ginger after the rescue. 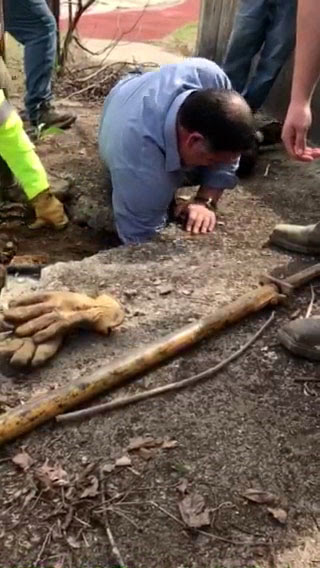 "Thought this town needs a happy happening!" she wrote. "A huge thank you to all these wonderful city employees for helping rescue my Ginger. She decided a groundhog hole looked like a good place to venture into and got stuck under the sidewalk ramp. They used their equipment and hands to dig her out. You all are AWESOME! Thank very much." 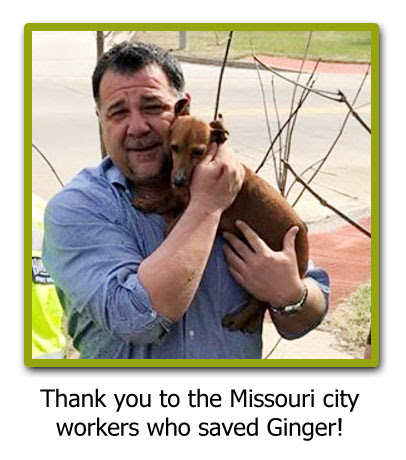 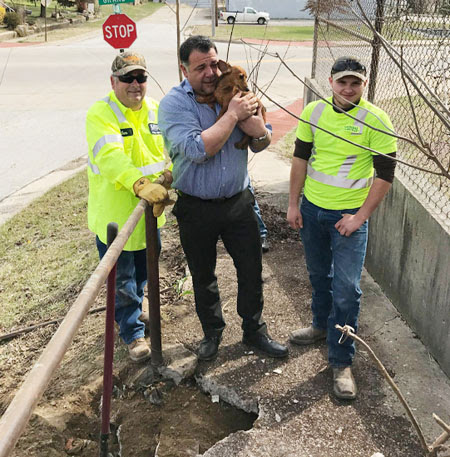