Nebraska: When you sit around doing drugs all day long, you have a tendency to neglect your pets. Tommy Leetch, Michell Von Ohlen, Rolland Schleichardt arrested for animal cruetly, drugs

Horses and dogs have been seized from the property in the last nine months.

Thomas J. Leetch Sr., 35; his girlfriend Michelle A. Vonohlen, 34; and drug buddy Rolland E. Schleichardt, 50, were all three arrested for felony animal neglect. Leetch also was arrested for possession of less than 1 ounce of marijuana and possession of drug paraphernalia. 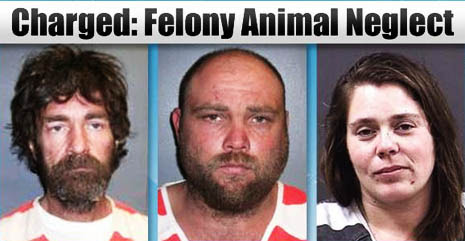 As of Friday afternoon, the three individuals were in jail.

In June, the Central Nebraska Humane Society assisted in the removal of five horses from the property. In that instance, Leetch was charged with five counts of abandoning or cruelly neglecting an animal, which is a Class 1 misdemeanor. The trial on those charges is set for 9 a.m. April 21 in Merrick County Court.

On Saturday, March 18, the Merrick County Sheriff’s Department executed a search warrant at the property. Twenty-one dogs were taken from the property and placed with the Central Nebraska Humane Society. 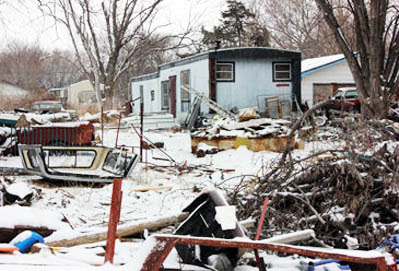 “The animals were severely abused/neglected and were in desperate need of veterinarian care,” says a news release from Merrick County Sheriff John Westman.

On Thursday, the Sheriff’s Department “located all of the responsible parties involved” and made arrests in the case, the release says. 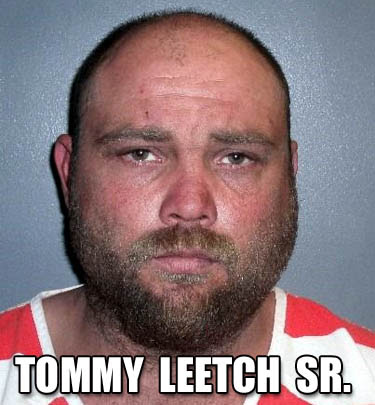 In a case such as this, removing animals from an abusive or neglectful environment allows for the animals to enjoy a better quality of life and also allows law enforcement to hold inhumane animal owners accountable, the release says.

“This property is not only a disgust to Merrick County, but it has been made very clear by the property owners that they are not willing or capable of fostering animals or providing appropriate living conditions or respect for their surrounding neighbors,” the release says.

“We will continue to enforce laws and hold persons accountable for their actions as we continue working to improve our environment by partnering with our communities.”

The Merrick County Sheriff’s Department was assisted by the Central Nebraska Humane Society and the Central City Police Department.

According to neighbors, Leetch and Vonohlen and three children lived in a mobile home on the property. Schleichardt lived in a camper on the lot, which totals slightly more than a half-acre. 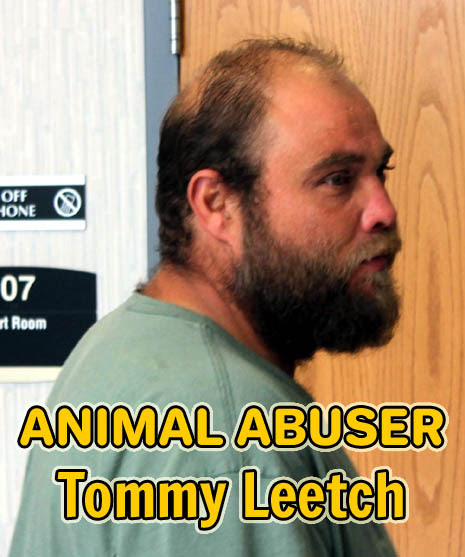 Legal records indicate that the land is owned by David Stout.

On Feb. 3, the city of Grand Island’s building department director posted a “Notice to Vacate” near the front door of the mobile home. The sign urges people not to enter because the building is unsafe to occupy since it is not served by water or electricity.

Grand Island Building Department Director Craig Lewis said on Thursday that residents have made some strides in cleaning up the property. Some of the debris has been picked up outside since the notice was posted, he said.

Leetch’s lawyer, James Wagoner, said his client is misunderstood. “He’s probably trying to help some critters and they want him off the property. So what are you going do?” he said Friday. Referring to the horses, Wagoner said, “He got them for Christmas for his kids. Later on he spent a week in jail, but when he got them, they were pretty damn skinny.”

Wagoner is not happy that the Merrick County sheriff invited the Humane Society to the property.

“What gives him the right to make the invitation?” Wagoner said. “Well, you know, they make allegations, but that’s all they are for now.”

Neighbors in Schwartz Subdivision say they’ve had issues with Leetch for more than 10 years. They complain about the horses and dogs wandering into their yards. Not only have the animals been neglected, but their waste products have created a health hazard, they say. They also say Leetch has plugged electrical cords into their property to use their electricity.

In 2012, Leetch and Vonohlen were served notice by the Merrick County Sheriff’s Department of the dogs being potentially dangerous. 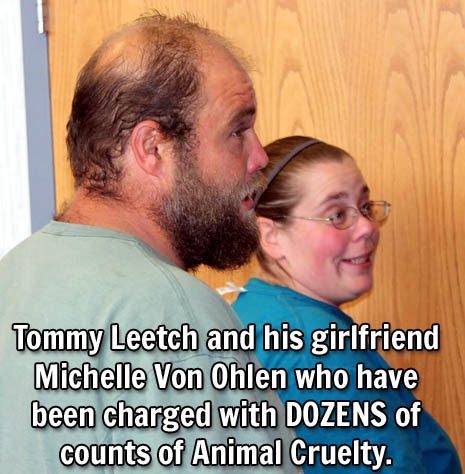 In March 2016, Leetch and Stout received a letter from Hall County Regional Planning Director Chad Nabity. The letter says the property had been brought to the attention of the city “due to the presence of livestock maintained on the property as well as the accumulation of rubbish, trash, junk and other offensive materials that have been allowed to accumulate on the property.”

“We’ve known for some time that there’s been conditions that need to be addressed,” Janulewicz said Thursday. “We’re working toward getting those addressed.”