PENNSYLVANIA -- A Fairview Township man known for starting a local animal education program called Bob’s Critters has been found guilty on 34 counts of animal cruelty, according to court documents.

Robert Furrer (Bob Furrer), 66, – who brought animals to birthday parties, schools, camps and day care centers across south central Pennsylvania – was found in possession of a “very large quantity” of neglected animals at his home last year, said Melissa Smith, executive director of the York County SPCA, in an interview. 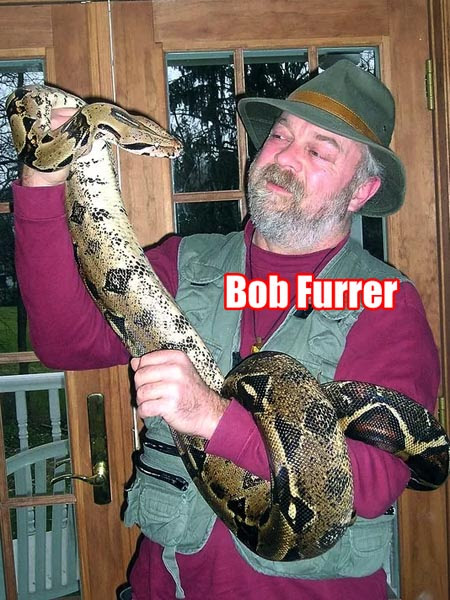 Furrer was cited for 35 counts of animal cruelty on Oct. 20 and found guilty on 34 counts by District Judge Scott Gross on Dec. 21, documents state.

He was fined $3,400 – $100 per citation – and ordered to pay $3,638 in restitution for the cost of care at the SPCA and at the office of the attending veterinarian, according to the district judge's office. He is no longer affiliated with the animal education program, which now goes by the name Mike’s Critters, managing director Mike Buleza said.

In an interview Monday, Furrer said he believes he is innocent of all or most of the citations, and that a humane society officer misinterpreted what she saw.

Humane Society Police Officer Nicole Lawrence was called to Furrer’s home on the 400 block of Nauvoo Road during an eviction at his property on Feb. 2, 2016, according to Smith. There, Lawrence found a large number of dead animals in varying stages of decay and others living in poor condition.

"Some were so decayed that they were skeletal remains," Smith said. "Even for the live animals, there were not any of them that we thought were in good physical condition (or) a good living environment. The entire situation was a citable offense."

Most of them were taken to an animal hospital in Dallastown, Smith said.

Upon examination, many were found to be suffering from dehydration, malnutrition or other medical conditions caused by improper care and poor living conditions, documents state.

Two African bullfrogs were infested with parasites, several snakes had dermatitis, a blue-tongued skink had mouth rot and pneumonia, and a spiny-tailed lizard died of kidney failure. A Kenyan sand boa developed chronic stomatitis, a fungus so severe it migrated to its brain and resulted in death.

The surviving animals have been placed for adoption, Smith said. 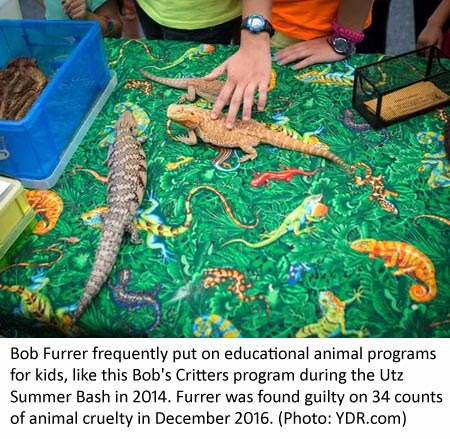 FURRER IN DENIAL DESPITE BEING FOUND GUILTY

Reptiles are different than mammals, he said. Some of his animals ate less in the winter months, so their cages didn't have to be cleaned as often. And some didn't drink every day, so they didn't always have access to water.

A few days before the SPCA was called to his home, his furnace stopped working, causing about five corn snakes to die from the cold, he added. The other dead animals found in the home – such as a burrowing parrot that he kept in its carrier for two to three years after its death – had been dead for quite some time because he didn't want to throw them away.

"She's my No. 2 bird," Furrer said of his parrot, Penny. "(The SPCA) doesn't have a right to tell me what I have to do with Penny when she dies." 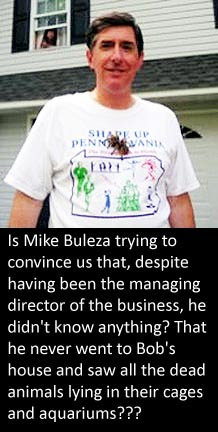 Furrer is prohibited from owning animals for 30 days per citation, totaling 1,020 days, according to court documents.

"Do you know what that is to me?" Furrer said. "I have had a pet since I was 4 years old, and now, they're telling me I can't have a pet. I don't ever remember being without a pet."

Smith said the SPCA was very happy with the outcome.

"These animals were being used for educational purposes as part of a business," she said. "And certainly no one could have imagined how they were living, especially given the nature of the business."

Furrer left his role as animal presenter with Bob’s Critters in February 2016 after the SPCA was called to his home, according to Buleza, the managing director of the business. It now features animals Buleza owns and ones owned by other presenters.

“We have great respect for our animals,” Buleza said. “They’re healthy and well cared for.”

On Sunday, Buleza changed the name of the program to Mike’s Critters and removed photos of Furrer from the website. The site says that Furrer has retired as a presenter. 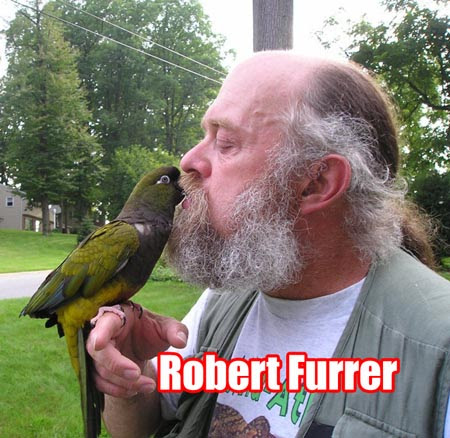 “We still believe it’s so important to expose children to reptiles and animals they don’t see very often close up and to help children understand and value these important animals,” Buleza said. “We feel badly for the situation, but we’re moving ahead in a positive way and continuing the tradition that Bob started. He taught a lot of children and adults … in his 12 years of service to the community. We’re going to continue that service.”

Is Mike Buleza trying to convince us that, despite having been the managing director of the business, he didn't know anything? That he never went to Bob's house and saw all the dead animals lying in their cages and aquariums???