The animal shelter's director, Daniel Hoch says he's been caring for pets his whole life. He says R.U.G. has been open for nearly 4 years [and that he runs it with his father John Hoch]. He says he thinks he was targeted today because of a surprise inspection last week. 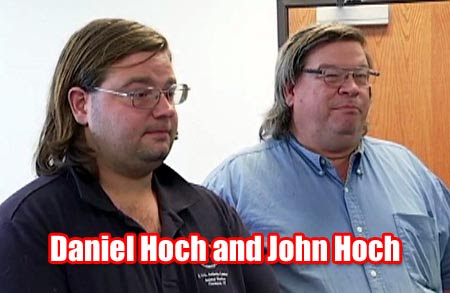 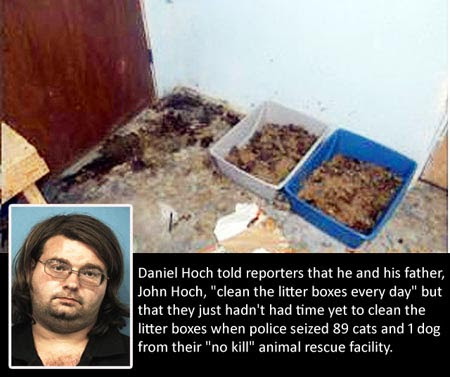 “They were in the parking lot when we were driving up and we got out of our vehicle and were greeted with a warrant,” he says about Wednesday’s seizure.

He showed Fox 7 the area inside the shelter where most of the cats were housed. “This is the room that we housed probably 50-60 cats and these cages where their litter boxes, food, water, everything was changed daily,” he says.

“The state inspector said in 1 of the 1st parts of the report that this building was not structurally safe,” Hoch said. Hoch states that he believes that allegation is one of the reasons why he believes the animals were seized. 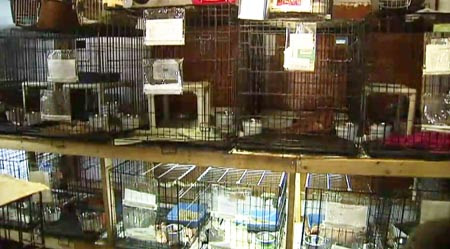 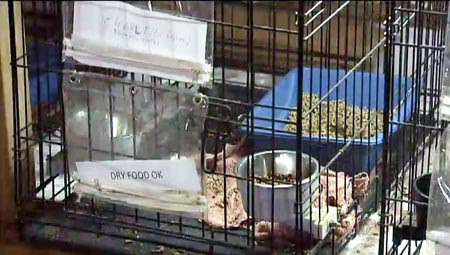 “A state inspector with the department of state health services came out here on March 15 claiming it was a drive by on her way back from the Llano inspection.”

The inspection report lists holes in the wall and a lack of lighting. It shows that trash and feces litter the room. Additionally, it says the cats were housed in cages “with not enough room to move about.”

The report also says that “litter boxes [contain several days' worth] of feces and urine” and says that “sick cats are housed in the same as healthy cats.” It also says the bathroom is “dirty”. 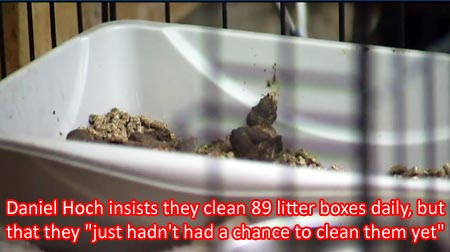 You "haven't had time" to clean the things you say you do "daily"... What else do you have to do?

Just a few feet down from the main shelter there is a common room where cats can roam without cages. When the inspector visited she wrote that the "room reeks" and that the cats looked sick. 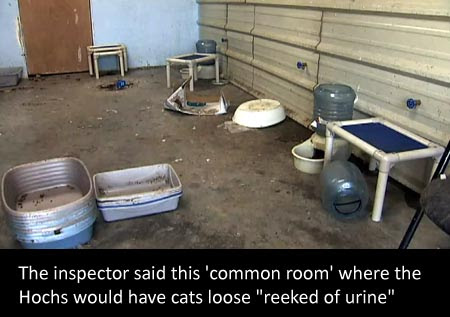 “If we were treating them cruelly, I think that they treated them more cruelly,” Hoch says of how the pets were taken away. “They just put them in pet carriers and put them in the back of an open livestock trailer, sitting out here in the parking lot in the sun.” 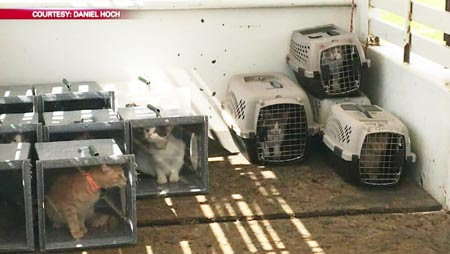 Fox 7 asked Hoch about the conditions of the facility. “They may not be the best,” he says, adding, “but as we had talked to one of our friends in Killeen, it's a lot better situation than running out on the highway and being poisoned or being run over, or being drug off by foxes, raccoons or coyotes.” 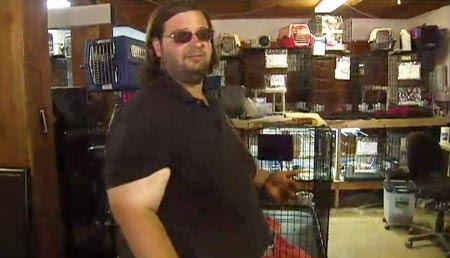 He says the shelter needs more volunteers to maintain it and he says he’s even reached out to other shelters for help. “The director of Williamson County Regional will never respond to any of my emails.”

Here's a tip: If you're "overwhelmed" and you're not getting a response from other agencies, STOP TAKING IN ANIMALS! TAKE THE ANIMALS YOU HAVE TO YOUR LOCAL SHELTER AND SURRENDER THEM!

All of the animals were taken to the Williamson County Regional Animal Shelter. They have not responded to Fox 7’’s inquiry about the health of the animals. Charges have not been filed, but Hoch says he is scheduled to appear in court on Monday, March 27. 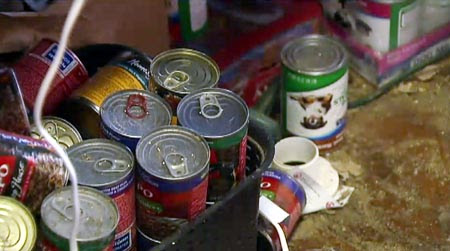 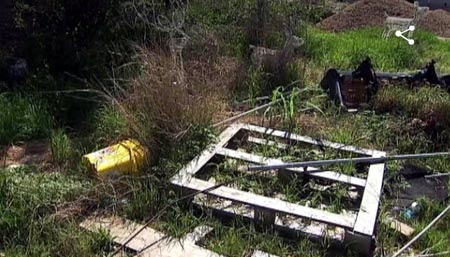 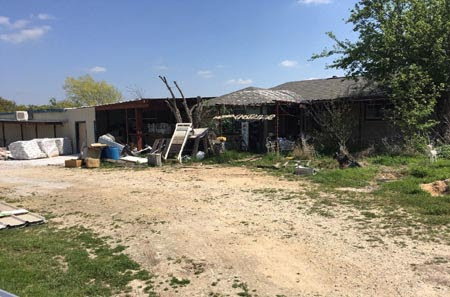