Georgia: Charles Smith, 38, kept his English Bulldogs locked in feces and urine-filled cages and beat one so badly he paralyzed it, say police

GEORGIA -- A Carroll County man is out of jail on bond, accused of abusing his three English Bulldogs, paralyzing one of them.

Charles Smith, 38, is charged with three counts of animal cruelty.

According to Capt. Keith Shaddix of the Villa Rica Police Department, Smith apparently kept the dogs in cages. Animal Control officers removed the dogs from Smith's home on March 10. Smith was arrested March 19. 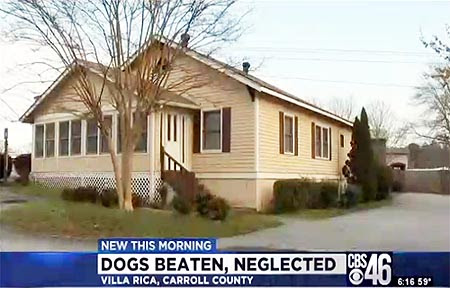 Officers said the skin off all three dogs showed signs of "urine scald," a condition that happens when an animal is forced to lie in its own urine and feces for an extended period of time. One of the dogs had been apparently beaten so badly, his back legs were paralyzed.

Smith is out of jail on $12,500 bond. He declined to answer the door when a reporter went to his Maple Street home seeking comment.

After CCAC seized the (3) dogs, they were taken (by CCAC) to Bowdon Animal Hospital where they were treated for severe neglect.

One of the dogs is currently being treated by Bowdon Animal Hospital veterinarians for paralysis to its back legs as a result of not only abuse, but lack of care for the its injuries. That particular dog also suffered from “urine scald” as a result of being allowed to lay in its own urine and feces for extended periods of time.

The (2) other dogs were also treated for urine scald as well as Tyoderma which is a skin infection related to neglect.

A criminal investigation was then initiated by the Villa Rica Police Department’s Criminal Investigation Division. As a result of both CCAC and VRPD investigations Charles Smith was arrested on March 19, 2017 for (1) count of aggravated animal cruelty and (2) counts of cruelty to animals. 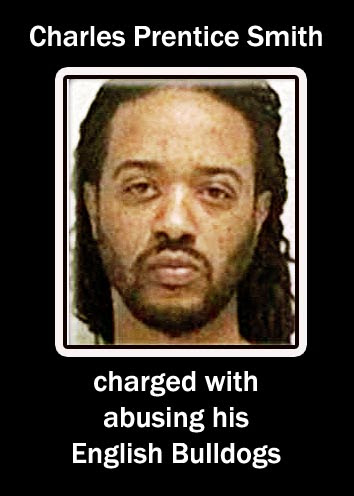