CALIFORNIA -- County Animal Services is looking for information on the person who threw away two Chihuahua puppies in a trash can at the Old Town trolley station last week.

The dogs, estimated to be about seven weeks old, were discovered Friday and taken to the San Diego County animal shelter on Gaines Street.

Veterinary staff determined the dogs were females and appeared to be in good health.

County Animal Services asked a rescue group to foster the puppies due to their young age. When they are old enough, the group will put the puppies up for adoption. 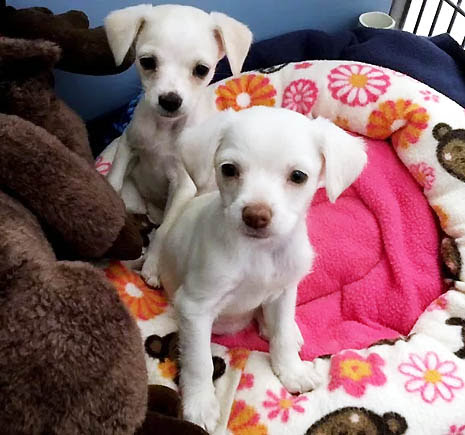 Earlier this month, two 12-day-old puppies were found inside a box in a dumpster in the Midway area.

“There is no reason whatsoever to dump puppies, kittens or any other animals in a trash can where they are certain to die,” said County Animal Services Director Dan DeSousa.

“Anyone can drop off unwanted animals at County Animal Services where they’ll have an opportunity to find a good, loving home.”

Animal Services asks anyone with information on who owned the abandoned puppies or the identities of the people who committed the crimes to call 619-767-2740.

A suspect convicted of animal cruelty or abuse could face up to three years in prison, a fine of up to $20,000 or both.

Anyone who witnesses or suspects animal abuse or neglect is asked to call 619-236-2341.