Connecticut: Jessica DePaolis had 19 dogs in her home; she's been arrested after an English Bulldog went on the attack

CONNECTICUT -- Police and firefighters had to pull off a dramatic rescue of two children and their aunt in October after their English Bulldog began attacking them, an arrest warrant said.

Now the owner of the bulldog, who had 20 dogs in her Fairview Street home, is facing charges including animal cruelty, risk of injury and reckless endangerment, as well as charges related to a Monday incident. 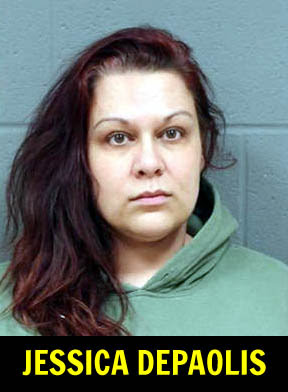 Police officers were called to 62 Fairview St., the home of Jessica DePaolis, on Oct. 23 after receiving a 911 call reporting that an English bulldog was attacking people and other dogs.

Officers found four people injured, including DePaolis’ 7- and 13-year-old children, her aunt and a neighbor who was trying to help.

The children and the aunt were hiding from the bulldog, which had just killed a Chihuahua, in a first-floor bedroom.

A fire department ladder had to be used to get the three out of the house.

DePaolis’s 7-year-old son’s injuries were so severe that he needed surgery, police said. 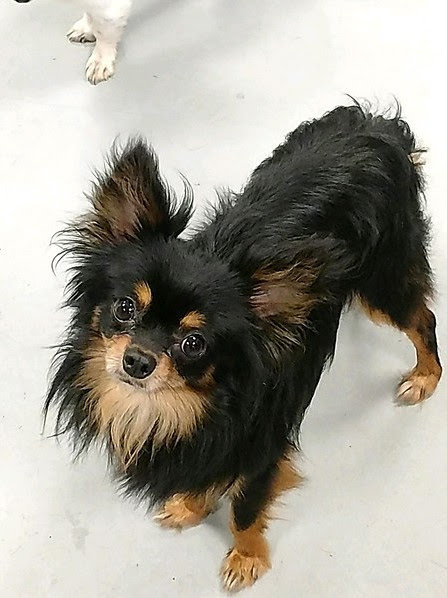 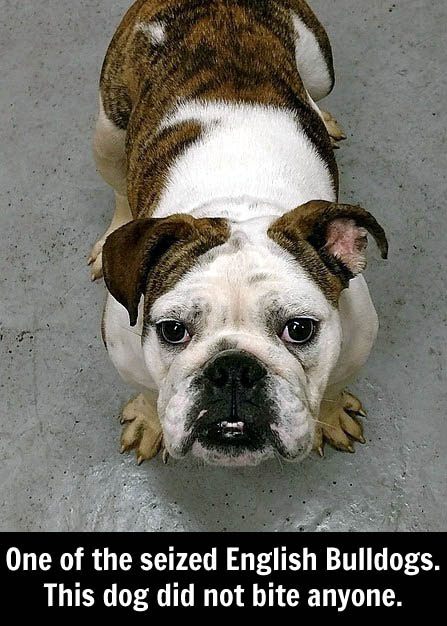 The Chihuahua killed by the bulldog had recently given birth to three puppies which were two weeks old, an arrest warrant said.

Officers found 20 dogs, including the male bulldog, which had gone on a rampage after DePaolis left for her job in New York that morning.

A judge agreed in November to give custody of the remaining 19 dogs to the city.

While responding to a domestic violence incident Monday, police served DePaolis with an arrest warrant charging her with 19 counts of animal cruelty, reckless endangerment and risk of injury to a child in connection with the October incident.

In connection with Monday’s incident, details of which are not being released, she has been charged with third-degree assault, disorderly conduct and risk of injury to a child, Lt. Jeanette Portalatin said. 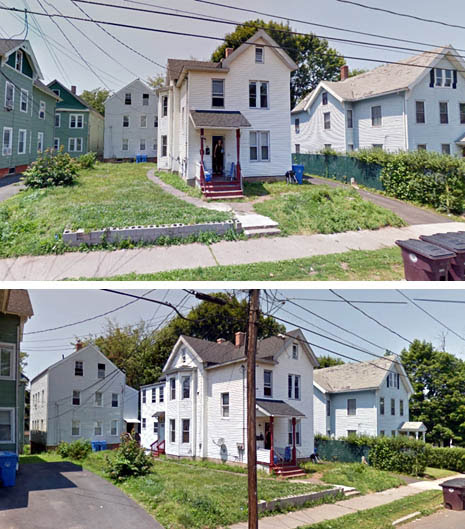 This building has two addresses: 62 Fairview and
64 Fairview. She had 20 dogs stuffed into this duplex.

DePaolis was released on $35,000 bond after her arraignment in New Britain Superior Court Tuesday.

In October, the dogs were living in what were described as squalid conditions, with feces and urine on the floor and in their cages. All had fleas, and some had other medical issues. At least one dog was emaciated, police said.

She had previously been cited for illegal breeding in March, police said.

The puppies that had lost their mother were given immediately to Monkey Pack Rescue, where they had to be bottle-fed every few hours, said Police Sgt. Paula Keller, who heads the city’s Animal Control Division.

The other six puppies and two of the adult Chihuahuas were also placed with the rescue organization, which is working on getting them vaccinated and spayed or neutered before they are placed in good homes. The bulldogs were also slated for adoption, Keller said in November. She's been churning out puppies for years.