NORTH CAROLINA -- A 37 year-old man was arrested on several charges Wednesday after deputies responded to a home near Clayton. Animal control officers also seized a small dog from the home.

Officers were called to assist a woman remove some of her personal belongings from a residence at an address on Breland Drive.

While on the scene, deputies said Willie Grady Tomlin got into an altercation with the woman, then the officers.  Tomlin allegedly resisted arrest and after being detained marijuana and marijuana paraphernalia were located. 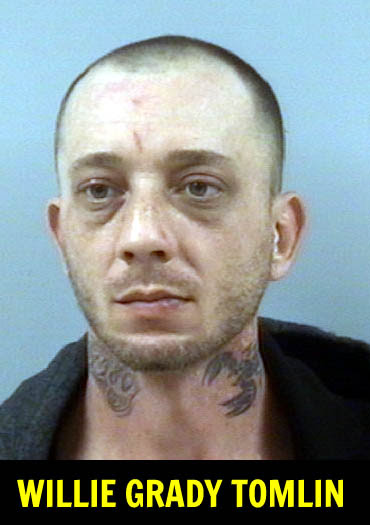 While walking through the garage, officers said they noticed a small dog being kept in a cage in the garage. The enclosure was very unsanitary, the dog was dirty and it had access to a limited amount of food and water.

Animal control officers were called to take custody of the dog.

Tomlin was charged with domestic assault, possession of marijuana, resisting arrest, and cruelty to animals. Bail was set at $6,500.