OKLAHOMA -- A veterinarian in Oklahoma has quite a tale to tell after removing 21 pacifiers from a dog's stomach.

The veterinarian at Gentle Care Animal Hospital said he had to share the story because "this was the most fascinating and exciting surgery I have ever done..." 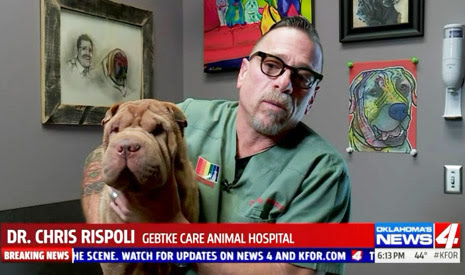 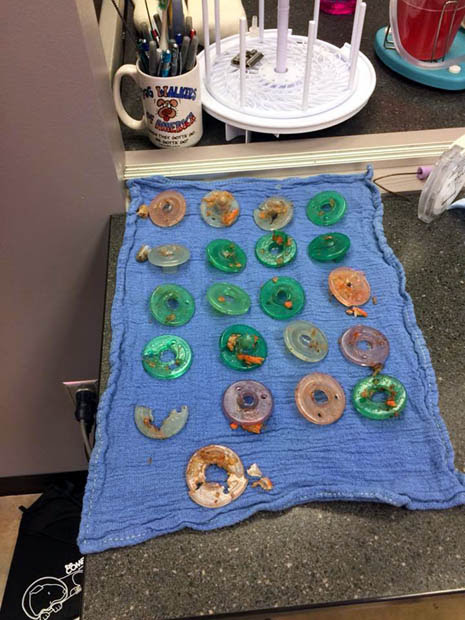 A local couple recently had a baby and were wondering what was happening to all of their child's pacifiers.

One day, the child's grandmother saw the dog, Lovey Dovey, jump up on the counter and take off with one. 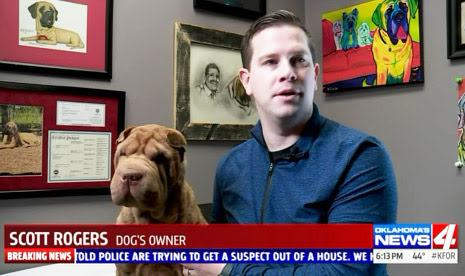 The couple told the veterinarian that Dovey had slowed down her eating and had been vomiting a little phlegm for a few days, but other than that, they said the dog seemed fine and that they hadn't noticed any other changes.

When Dovey vomited up a pacifier one day, the couple decided it was time to take the dog in for an x-ray, according to the hospital's Facebook post. 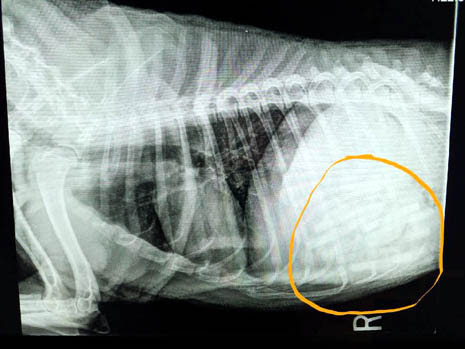 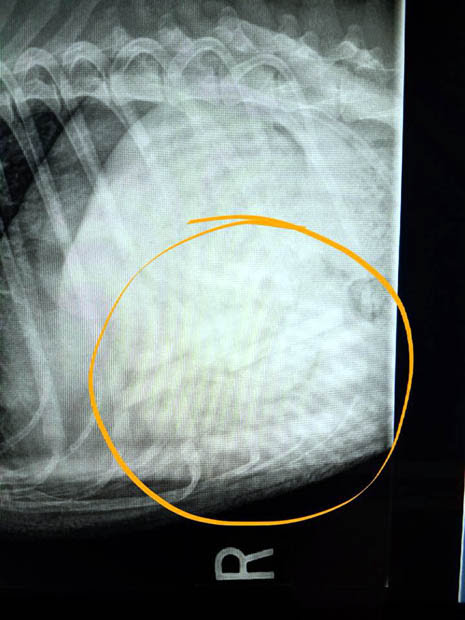 Judging from the x-ray, the local veterinarian believed there were between 7 to 9 pacifiers in the dog's stomach.

However, during surgery, the veterinarian found 21 pacifiers in the dog's stomach!

Fortunately, Dovey is doing great and gets to go home today, the veterinarian told KFOR.

"Dog’s will eat anything, anytime and at any age so always be watching!!!" the veterinarian posted to Facebook. 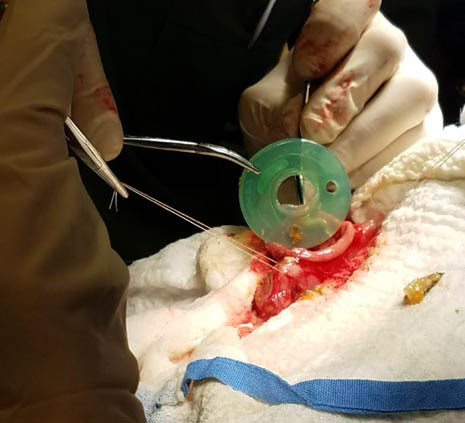 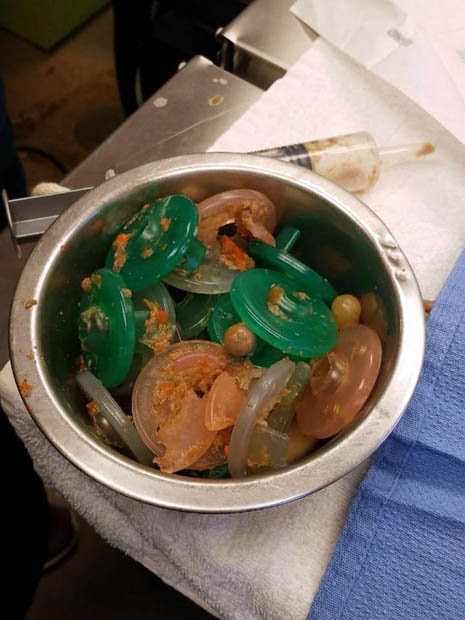 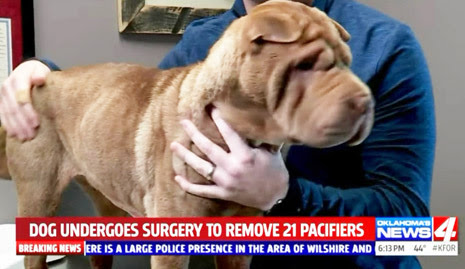 So fair warning, some people may find the following series of photos disturbing!! I have to show them for two reasons, first, this was the most fascinating and exciting surgery I have ever done or my staff has ever been a part of. We love Dovey, and she is doing GREAT post op. Dr. Dad (who incidentally sutured my forehead together last year when the leaf blower fell off the shelf in the garage onto my face!!!) and Mom recently had their second beautiful child but were having a missing binkie dilemma, then grandma saw Dovey jump up on a counter and take off with one. She recently had slowed down her eating and vomited a little phlegm for a few days but other than that was acting fine. When she vomited up a binkie, plus the story from grandma, dad brought her in for an x-ray. You can see the binkie’s stacked up in the stomach, we counted 7-9. Well......by the end of surgery we had pulled 21 out of her stomach. That is the second, and most important, reason I am sharing these photo’s. Dog’s will eat anything, anytime and at any age so always be watching!!! Thank Dr Dad and Mom for letting me share this with clients!! 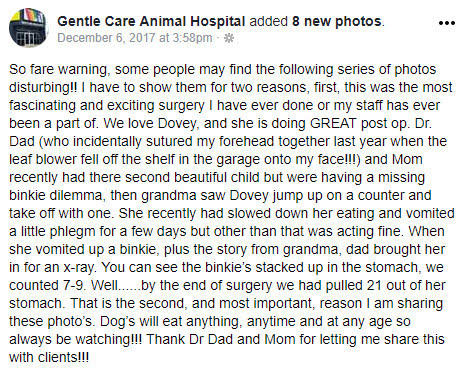 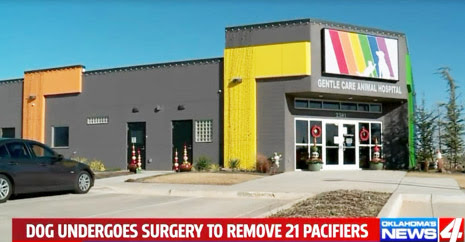