(December 2017) Pennsylvania: Child hospitalized after being attacked by neighbor's pit bull. Doctors said he will keep his arm, but has a long road to recovery

PENNSYLVANIA -- "Some man knocked on my door and said a dog was eating my son’s arm,” said Brandi Sanders, of McKeesport, about the moment she found out her son, King Martin, 5, had been attacked by a neighbor’s pit bull Friday on Boyd Street. 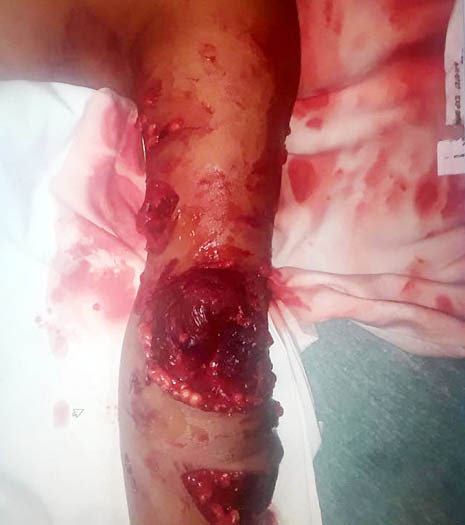 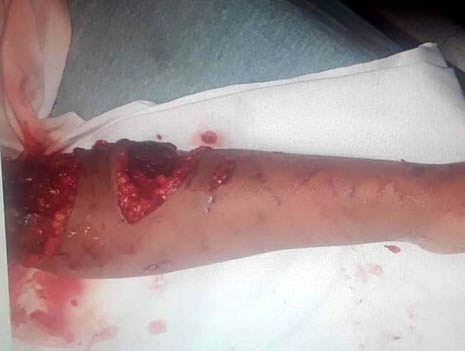 “My heart dropped. The first thing I did was just grab my son. I didn't care if the dog bit me or nothing. I just grabbed my son and I just broke down, holding him,” said Sanders. 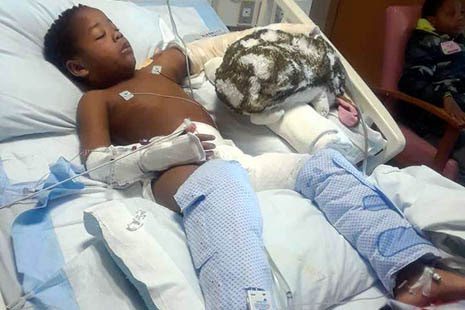 Martin was rushed to Children’s Hospital. Doctors said he will keep his arm, but has a long road to recovery. Martin spent Christmas in the hospital and doctors aren't not sure when he'll go home.

Sanders said his days seem to be getting worse.

“He's depressed about it. He feels like he’s not going be OK,” said Sanders. 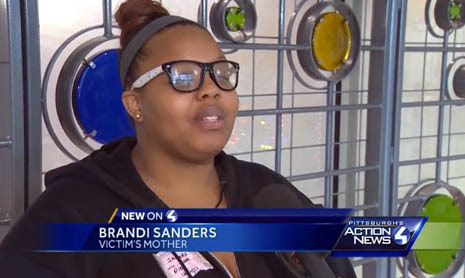 Once her son is better, Sanders plans to speak with McKeesport police about pressing charges.

To make matters worse, Sanders said, she’s been fired from her job at a fast-food restaurant because she’s had to miss work in order to spend time with her son in the hospital.

UPDATE: On Thursday, Sanders said she talked to management of the fast-food company and said she was told she can have her job back. 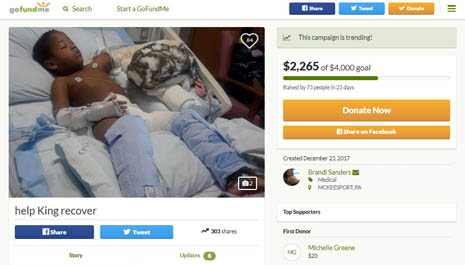 GoFundMe: Help King recover
Created December 23, 2017
Brandi Sanders
Medical
MCKEESPORT, PA
My son's was mauled by a 1 year old pit in the mckeesport  area... when  yesterday started off the perfect day and being in the 50s can go get some fresh air... a near by neighbors dog got loose and attacked my 5 year old... we don't know if he will have motor in his left arm due  to the injuries 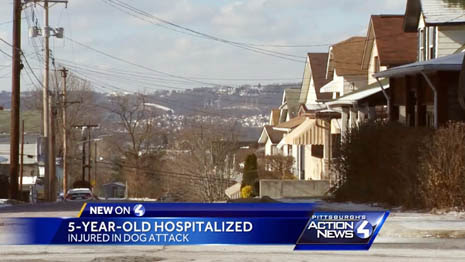 we also will be spending Christmas  and more likely  New Years here I have 3 other children I have to get back and forth from children's hospital to home... Christmas is ruined but I don't want our spirits to be broken I'm asking for anything  to help with transportation , food, etc while we are here if you can find it in your hearts we appreciate it truly  thankful.

UPDATES:
#1
King is still in the hospital he has his good days he has his bad days he just wants to come home he's refusing to take medicine cuz he's just overwhelmed his body just can't take it he can't take it it's still getting hard I pray and pray everyday everything gets better days go easier but sometimes it just seems like it's not it's hard going to hospital in home then checking on my other three children I just asked everyone to keep praying for us

#2
King still in the hospital not doing to good not eating, still not trying to take his medicine and has a fever still don't know when he can go home 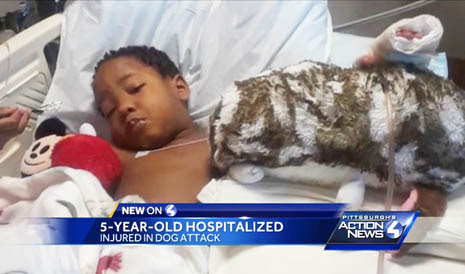 #3
It been 2weeks since king been in the hospital he not eating or taking his medicine keep getting a fever and they don't know why .... they are doing all this all these tests on him since they don't know what's wrong with him they got to come in a room with something on their mouth gloves and something to cover that close and he can't leave the room because whatever he had he might can give to other children....

#4
We are still at the hospital king we got a long way to go ..... He being so strong they are moving him to child places so he still not coming home no time soon