UNITED KINGDOM -- A woman who police thought was ‘fed to dogs’ because of her devastating injuries has revealed the wounds she suffered when she was attacked by two hounds.

The dogs tore the flesh from Beata Obuchowska’s arms and legs while she was working at a farm in Great Amwell, Hertfordshire, in October 2014. 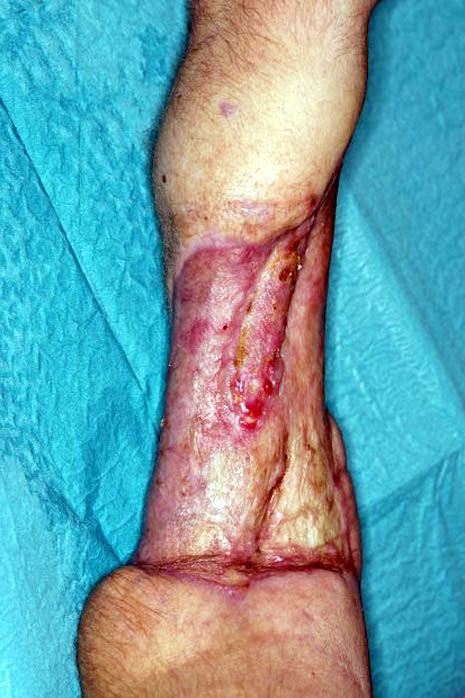 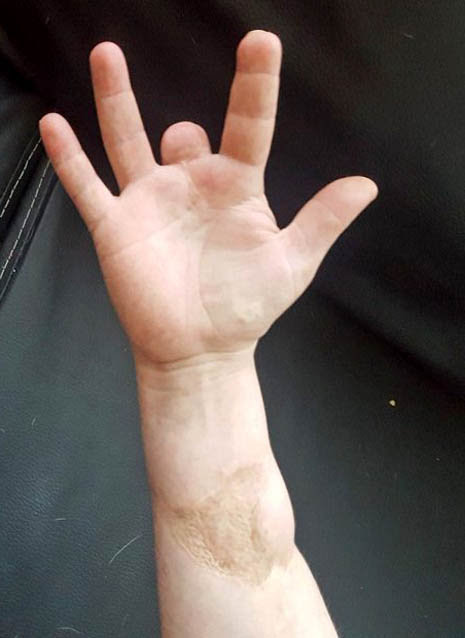 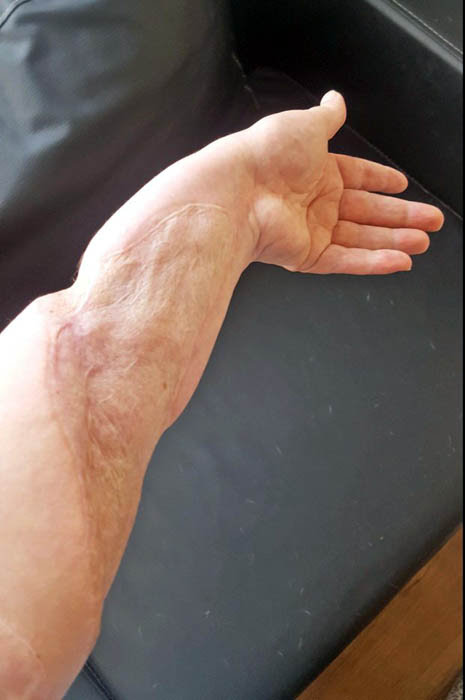 The 33-year-old had to undergo 24 operations, which included skin grafts and the amputation of two fingers.

Ms Obuchowska, from Enfield, north London, did not know that just two years earlier, he had had nearly 175 abused dogs and puppies seized, had whined to the courts that he had arthritis and that prison would be 'too cruel' for him so they'd given him probation with the restriction that he be banned from keeping animals for ten years.

He was violating the terms of his probation by owning 100 dogs and had no right to run the compound he rented at a farm in Great Amwell, Herts.

She had started her job just two days earlier, when boss Nijamul Islam said the dogs were “friendly” and she should just shout and push them back into the cages if they broke loose.

‘My left arm had six inch of bone visible where the dogs had torn the flesh off,’ she said. ‘My injuries were so severe that I was in hospital for three months and was in and out of surgery constantly.’

The owner of the compound Nijamul Islamhad (Nijamul Islam), 44, from Farm Road, Edgware, had left Ms Obuchowska alone after going to the shops. 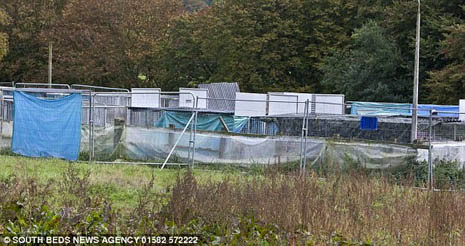 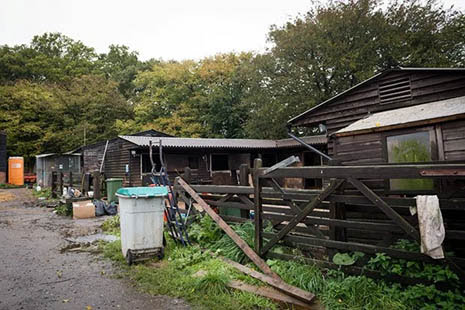 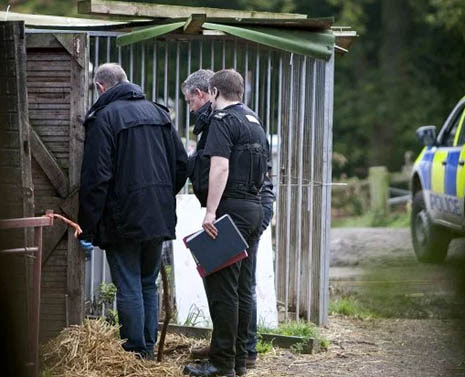 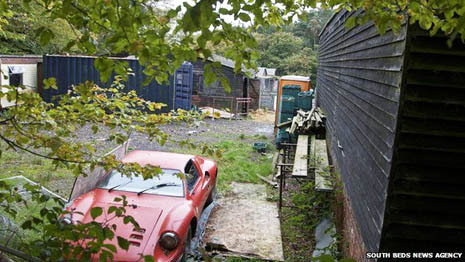 She was attacked when she tried to get the dogs back into their cage.

Ms Obuchowska, who is originally from Poland, added: ‘They viciously attacked me, ripping my clothes off and biting my arms. They were so aggressive that they broke my arms. I was too weak to fight them off.

‘I tried everything I could to get them off. I kicked them, bit their noses and even kissed them but nothing worked. No one was around to hear my cries for help. Those dogs were intent on killing me. 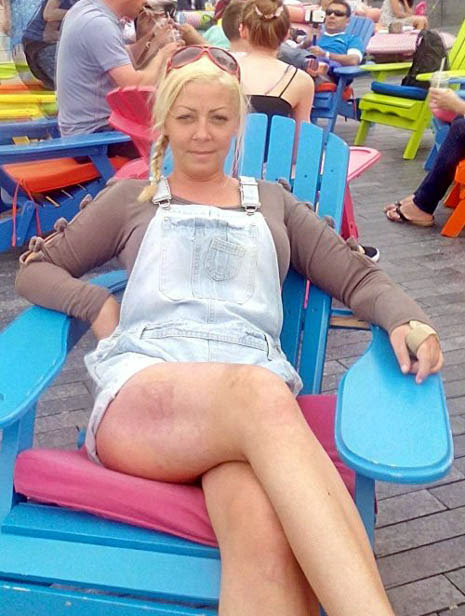 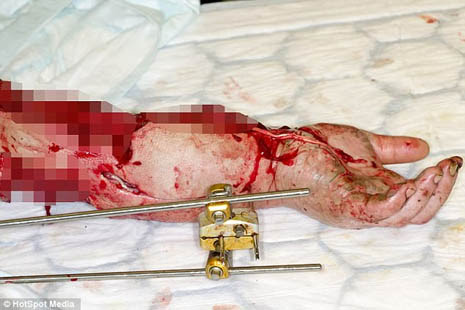 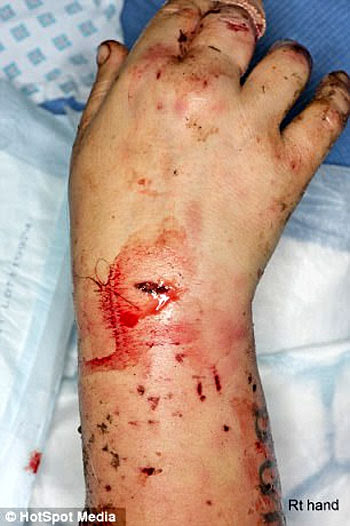 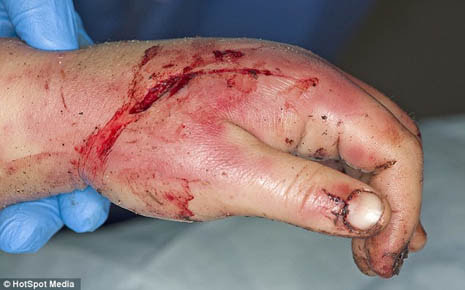 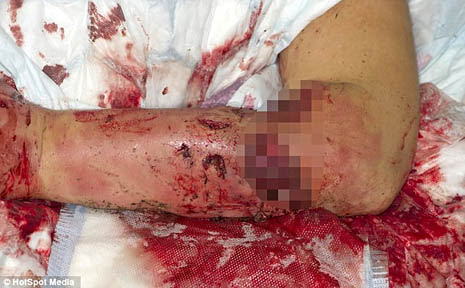 ‘I spotted my finger hanging by a thread on my right hand so I gave the animal my left arm to eat instead. I didn’t feel any pain. I was in too much shock.’

The dogs eventually left her alone, after viciously attacking her for more than ten minutes, when she played dead.

‘I was just thinking of my then four-year-old daughter, I knew I needed to survive for her sake,’ Ms Obuchowska said.

The landlord of the farm – who wasn’t connected to the dog compound – found her 40 minutes later and backed up his van so she could climb to safety. She said he ‘saved her life’. 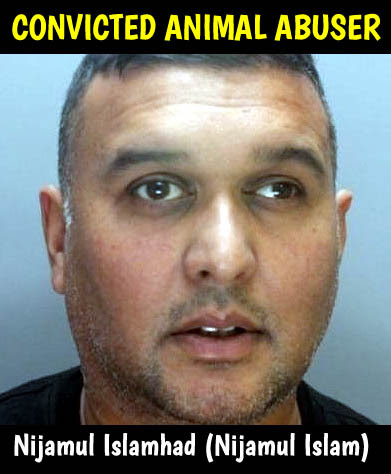 PROBATION VIOLATION - HE WASN'T ALLOWED TO OWN ANIMALS UNTIL 2022

Islam, 44, arrived shortly after in a car but was too scared - OF HIS OWN DOGS - to get out.

He asked why an ambulance had been called, saying it could cause a “big problem” for him. 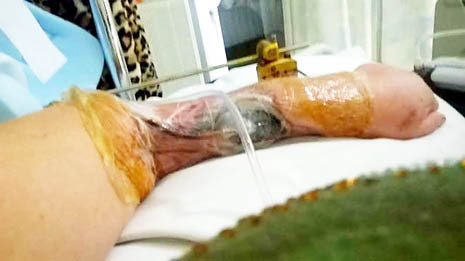 Islam (Islamhad) finally admitted his guilt in July and was jailed for two and a half years. He pleaded guilty to three counts of causing unnecessary suffering to a protected animal, two counts of being the owner of a dog which caused injury while dangerously out of control in a public place and breaching a disqualification imposed after conviction at St Albans Crown Court.

PREVIOUSLY CONVICTED OF ANIMAL CRUELTY, HE WHINED ABOUT PRISON BEING 'TOO CRUEL' BECAUSE HE HAS ARTHRITIS SO THEY COURT GAVE HIM PROBATION INSTEAD -- AFTER ABUSING NEARLY 175 DOGS AND PUPPIES!

Nijamul had been previously banned from owning pets for ten years after he was convicted of 27 counts of causing unnecessary suffering to animals in 2012. 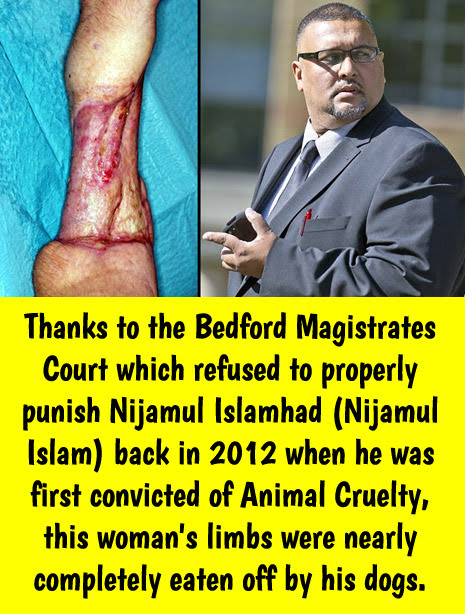 Ms Obuchowska is now asking for donations to help her pay for Christmas for her and her two children after being left unable to work.