Florida: After Pit Bulls maul miniature pony nearly to death, Animal Control hands the dogs back to their owners

FLORIDA -- A local family is fighting to keep one of their pets alive after it was attacked by a pack of pit bulls.

The family says their small pony was minding its own business when their neighbor's dogs targeted him Sunday morning in Brooksville. 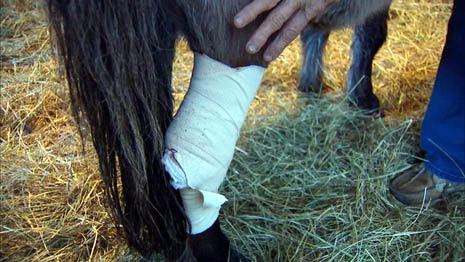 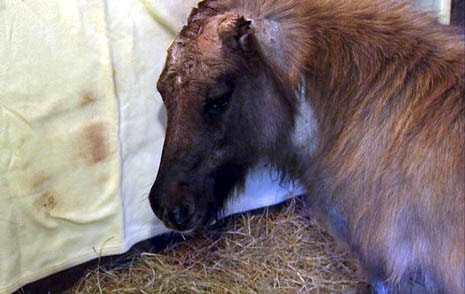 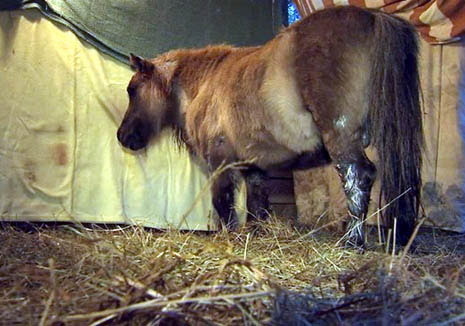 “He's had these holes here. This leg is just completely chewed up,” said the pony’s owner, Christine Whittum.

From the puncture wounds in his backside to major cuts in his head, you can almost see the pain in the eyes of Whittum’s pony named Gator. 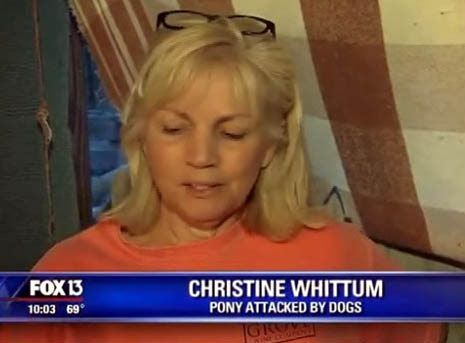 “His ear was totally chewed off. He's got that in there because they can't close it,” said Whittum.

Whittum said Gator has been a member of her family for 20 years, but after an agonizing attack left him with severe injuries, there are few options left.

“You don't put him down unless you think he's going to be miserable,” she said. 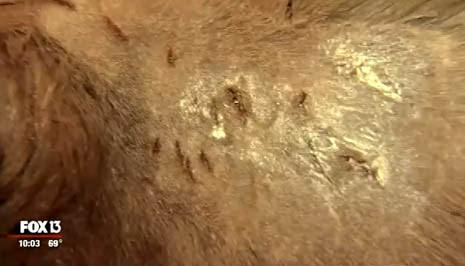 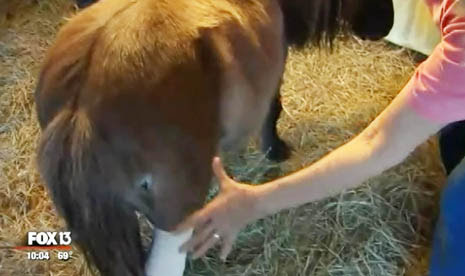 She says it was a neighbor who woke the family up after noticing three pit bulls mauling Gator.

“He was laying down on his side where they had just been ripping his head,” she said.

So when she called county animal control, she expected a different response than what she got.

“We're like, 'Are you going to go down there and look at the horse and make a report?' He goes, 'No, do it yourself,'” said Whittum.

She claims the officer also surprised her by what he did with the dogs once he found them. 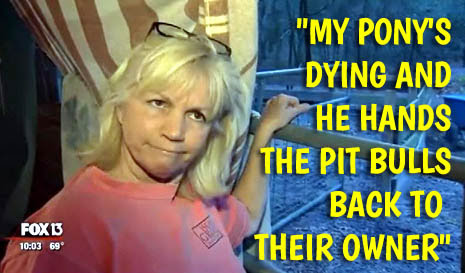 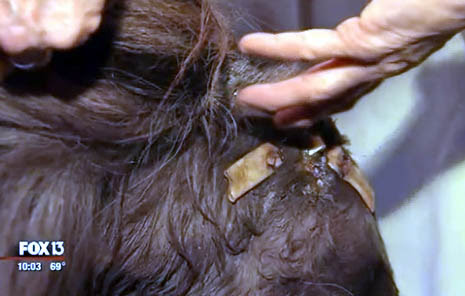 “My horse is standing here with his ear hanging off bleeding to death and he took the [Pit Bulls and handed them] back to the owner,” she said. “Once they've killed the way these guys have -- brutally like that -- they need to be put down.”

The family says Gator's survival is about 50-50 and while she’s saddened by his condition, she's also angered by the alleged actions of animal control.

“Taxpayers shouldn't be paying somebody to watch their back if they're not going to watch it,” said Whittum. 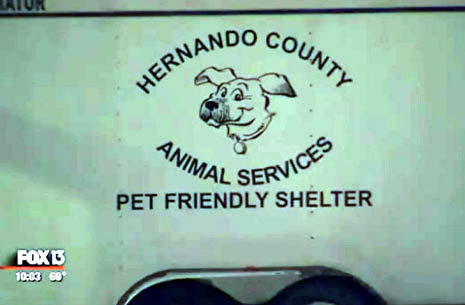 FOX 13 reached out to Hernando County Animal Control for a response to Whittum’s claims, but we could not reach anyone for comment.

The investigative body is HCSO and they say all three Pit Bulls have now been seized and they are moving forward with a dangerous dog hearing.