This is Shylo, He is a little Yorkie that was attacked by two pits bulls owned by an irresponsible owner who failed his dogs by not properly socializing or training them. His intent was only to breed. So, now little Shylo is paying the
price as he is suffering from life threatening injuries as a result. 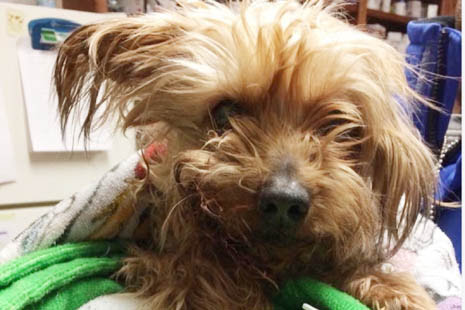 His owners could not afford the care he needs to attempt to save his life so we took ownership of the dog and are on our way to Tuft’s right now. They will monitor him for brain swelling in the next 24 hours. Hopefully, he will not have any and will recover and we will be able to adopt him out. Prayers are needed!

We at Burts Brigade and friends of Webster Animal Shelter would like to raise the money for his medical bills and get Shylo back to his family. No one should ever have to make the decision to lose a family member because of the ignorance of others.

Update:
Okay donors, and well wishers alike. We need your responses. We raised enough to pay Shylo's release from the hospital but he is being released with secondary heart and dental issues. They believe his jaw is fractured and his teeth, due to decay, must be removed. They believe he has pre-existing heart disease also. 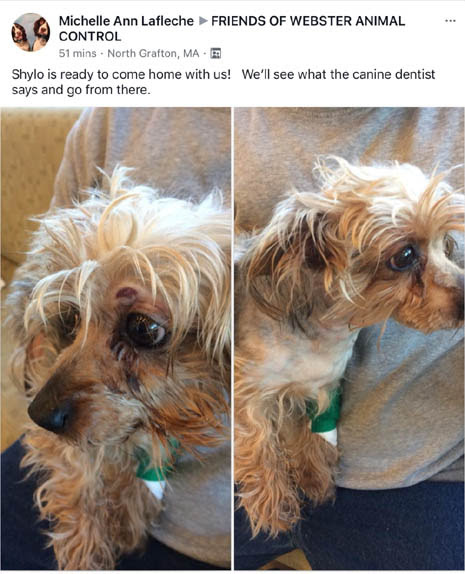 Do we raise up the Go Fund Me account to cover these additional expenses estimated be at 3,500 and guarantee he goes home to his original family. Or do we stop now and let the ACO just proceed with the original post. The ACO will continue care, cover all expenses and rehome him into a new adoptive family when he's all better. If this occurs, the ACO is legally bound to adopt him out. She legally cannot gift him back to his family.

Legally All monies in the Go Fund Me account will be returned to the donors. It was raised based on Shylo going back to the original family that surrendered him to save him. Either way...we tried...and I think Shylo and his family know it. 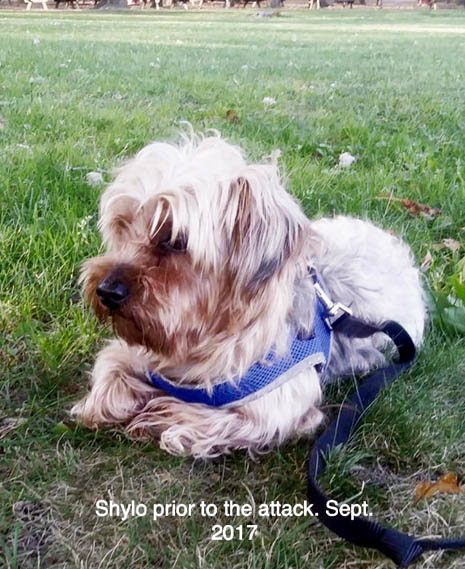 Note: My issue with giving him back to his owners... why are his teeth rotting out? Have they never taken him to the vet? If Animal Control hands him back after all this vet care, what about when he needs more vet care in the future?

Apparently, I'm not the only one who has similar questions...

Sarah Christine posted a comment - I understand the decision has been made and I am not criticizing that at all. I just felt that I needed to offer another opinion. While I totally understand that initially Shylo would probably feel more relaxed and happy in his home, I worry about what happens when he needs more dental work or testing on his heart in the future. He must have been in pain due to these dental issues and I would hate for that to happen again in the future. I can’t imagine that he would not need more work done in the future and wonder if his family has the means to cover those, probably very expensive, costs. Something that only be discussed in the privacy of an owner/ACO discussion. We should all support whatever the ACO decides to do as I’m sure she has received advice from the vets.

On the other hand, if he appeared healthy and ate without issue, the owner may not have known about the 'dental issues' or the 'pre-existing heart disease'. This all is doubly true when the owner is an elderly person. I don't think this decision about not returning him to his owner is so black and white. Of course, if they owner said they knew he had rotting teeth and chose not to do anything about it, that would make their decision easier.

Anyway, the reason for all this heartache from all sides is due to two Pit Bulls attacking this little guy. Don't forget that. 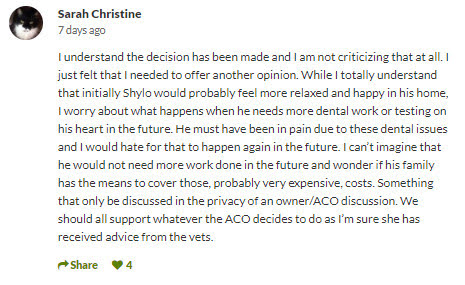 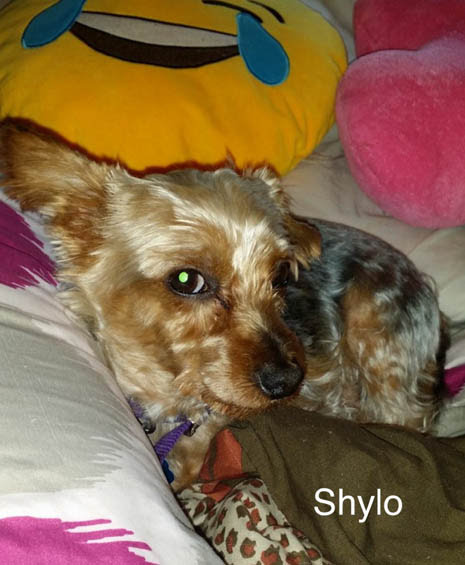 Final Update (February 2, 2018):
Friends tonight we are deactivating and refunding to all donors the donations received on Shylo's behalf. Shylo is currently receiving treatment at Northwood hospital and will then be re-homed into a new home. This is occurring with the agreement and well wishes of Shylo's original family and they are content he will thrive and live a happy life. This journey with Shylo was indeed unchartered and highly emotional for all that wanted nothing but the best for this little guy. His attack was unprovoked and vicious. Decisions were initially made shrouded in panic, fear, grief, compassion and hope . The campaign evolved to help heal, allow for a thought out plan, and to help a family make peace with their decisions and not be haunted by the "what if's. To Shylo's supporters and donors in our eyes it was a success. Tonight we go to bed knowing that no one needs to be alone such a tragedy to a pet strikes. That others will reach out when asked with options. And lives do get saved. We would not hesitate to try this again . We all look at the same moon and stars with the same wishes. Thank you our friends, Burt's Brigade. 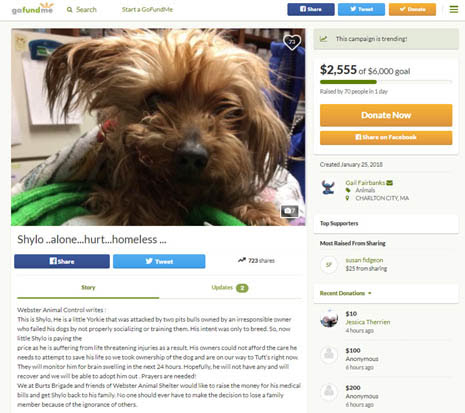