New Mexico: Police officer shoots Pit Bull trying to attack him; its owner blames him and wants the sheriff''s office to pay her mauler's vet bills

NEW MEXICO -- The Taos County Sheriff’s Office is reviewing a Thursday (Jan. 18) incident in which a sergeant shot an 88-pound pit bull he said had charged him outside a residence in Arroyo Hondo.

According to an incident report, Sgt. Jake Cordova arrived outside two homes along State Road 522 Thursday afternoon, where he planned to serve civil papers to Teresa Pacheco and her mother, Vicky Cordova, who lives next door.

Sgt. Cordova wrote in his report that he was familiar with both residences from prior domestic violence calls. 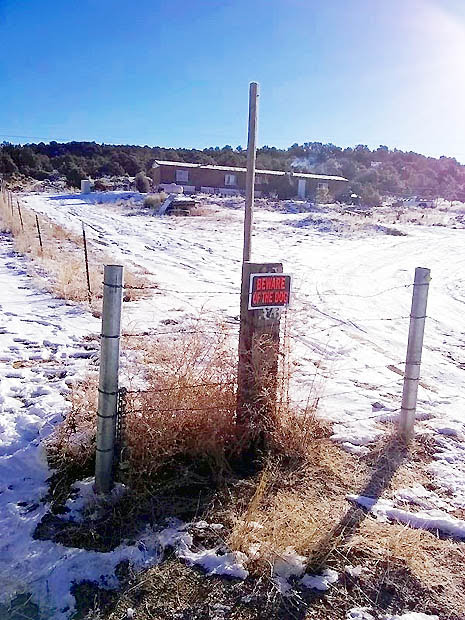 As he knocked on Pacheco’s front door, Sgt. Cordova wrote that he looked over and saw a large white pit bull “barking, bouncing and pacing aggressively” on Cordova’s front porch.

Concerned that the dog was going to attack him, he started making his way back toward his truck in an attempt to reach his driver seat. He planned to wait for a resident to restrain the animal.

By the time he reached the front of the vehicle, however, the dog had jumped off the porch and started running toward him, “barking and growling aggressively,” Sgt. Cordova wrote.

He drew his department-issued Glock .357 handgun and continued to attempt to reach the safety of the vehicle. As the dog continued to charge him, he wrote that he was forced to turn and fire one round at the animal, wounding it.

“It was my last resort as there was nowhere immediate I could’ve sought shelter from the aggressive pit bull as it came to attack me,” he wrote.

When Pacheco came out of her residence, Sgt. Cordova told her he had shot the pit bull.

“I was not going to be attacked for doing my job,” he wrote in the report, adding that the animal was unrestrained and free to roam on the property “contrary to Taos County Ordinance,” he wrote. He also said there was no signage to indicate the presence of a dangerous animal near either home.

PIT BULL OWNER BLAMES THE VICTIM
According to Pacheco, who agreed to an interview this week, the family dog, “Princess,” survived the shooting after undergoing surgery for bullet wounds to its head and torso. She has filed a complaint with the sheriff’s office seeking payment for the dog’s treatment.

Pacheco also said that the exchange following the shooting was not accurately reflected in the sergeant’s report. “He said, ‘If you don’t get your other dog inside I’ll shoot him, too,’ “ Pacheco recalled.

She also claimed the sergeant’s assertion that no warning sign was posted on the property was false. She explained that signs that read, “Beware of dog,” and “Private property,” are posted around the property, which,she said, is fenced.

Pacheco said her pit bull has had leg problems and tends to walk slowly.

“She has never attacked anyone,” she said.

As of press time Wednesday, the sheriff’s office had not yet completed the incident review. Undersheriff Steve Miera said findings would be released later in the week.