SOUTH CAROLINA -- A 77-year-old man was brutally attacked by two dogs Wednesday morning on an Upstate golf course, according to Sgt. Ryan Flood, with the Greenville County Sheriff’s Office.

Sgt. Flood said just after 9 a.m., the man was walking on the Links O’Tryon Golf Course on New Cut Road in Campobello. 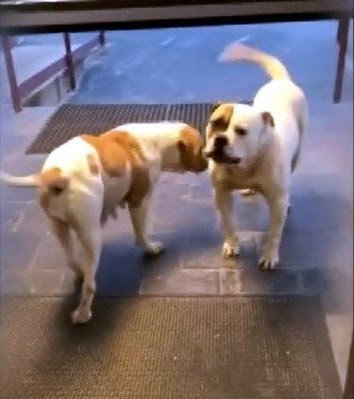 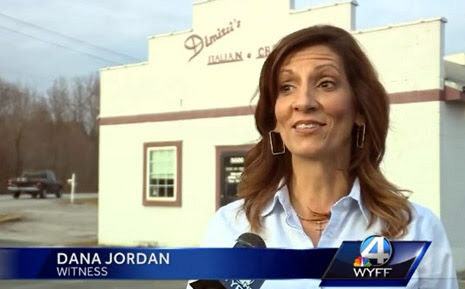 Prior to the dogs attacking the elderly man, they were terrorizing staff and customers at the Dimitri's Restaurant. Waitress Dana Jordan recorded video with her phone of the two American Bulldogs milling about the entrance, barking and growling at them.

Another news article says Animal Control was called, but when they arrived, the dogs had already disappeared. Two hours later they got the call about the man being mauled at the golf course. 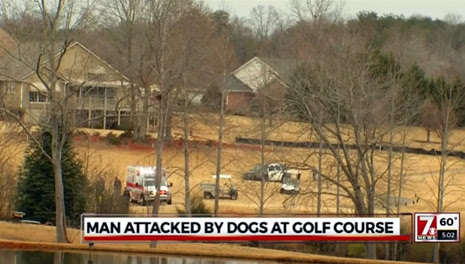 He said two dogs approached the man and began to “brutally attack him.”

The victim was at one point “dragged to a creek area” by the dogs, Jamie Nelson, director of Spartanburg County Environmental Enforcement, told TV station WSPA.

A witness called 911 and two firefighters from the Gowensville Fire Department arrived and were able to get the dogs away from the man. 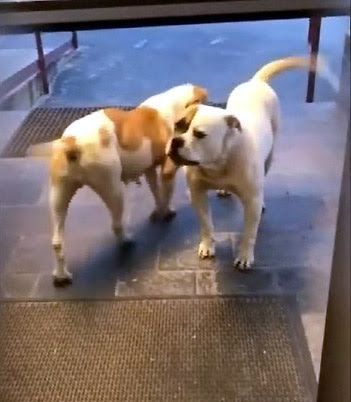 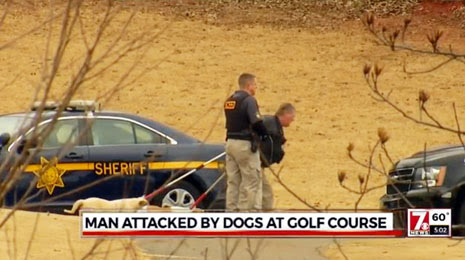 When deputies arrived, they said they found the man with substantial bite marks on his body, Flood said.

He was taken to Spartanburg Regional Medical Center.

“I’ve never seen any stray dogs," Josh Phillips, a resident near the course, said. "This is the first time I’ve heard of anything like this happening here.” 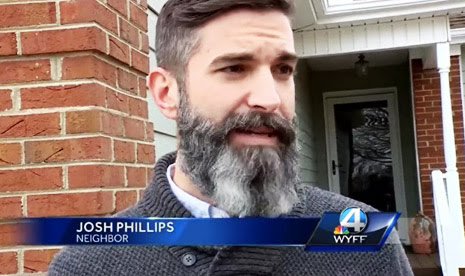 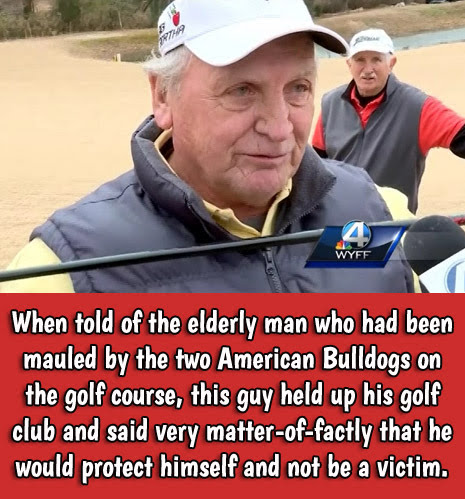 Flood said the mix-breed dogs did not have any identifiers on them and are being considered strays. 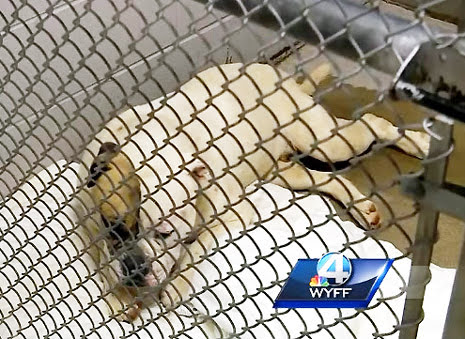 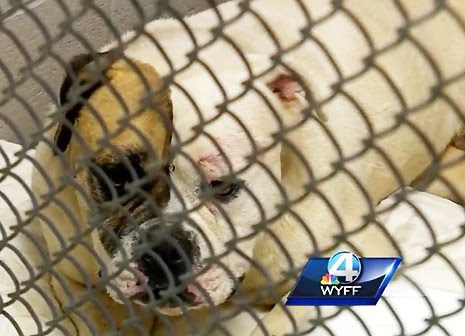 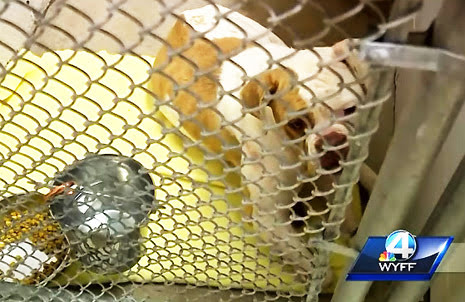 A woman at the shelter said the dogs are boxer bulldogs [No, no. They're American Bulldogs]. Animal Control is asking anyone who recognizes the dogs to call them at 864-467-7595. 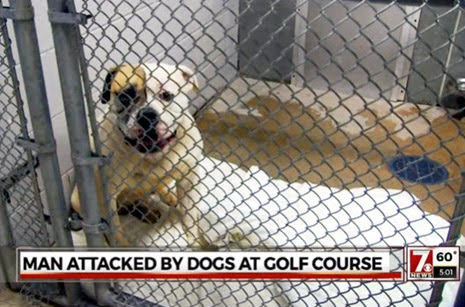 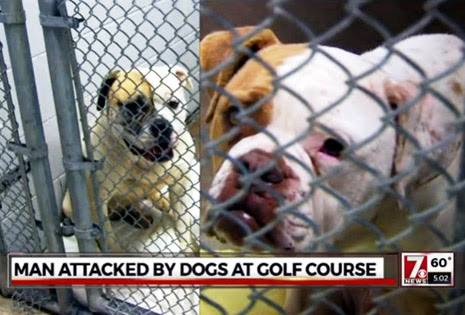 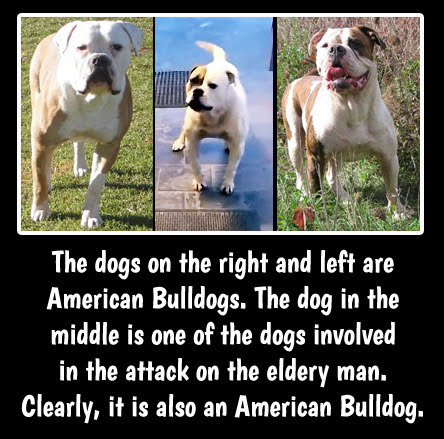