Australia: "I don't want to breed shame," says woman who refuses to say it was a you-know-what that tore apart her Jack Russell.

AUSTRALIA -- Although this article is from August 2017, I just stumbled on the horrific photos of her poor Jack Russell Terrier.

While searching through the article to see what kind of dog did this -- although by the photos I was fairly certain it was going to be a Pit Bull, I saw halfway down that the owner Vanessa Moore REFUSED TO SAY IT WAS A PIT BULL THAT NEARLY KILLED HER DOG. 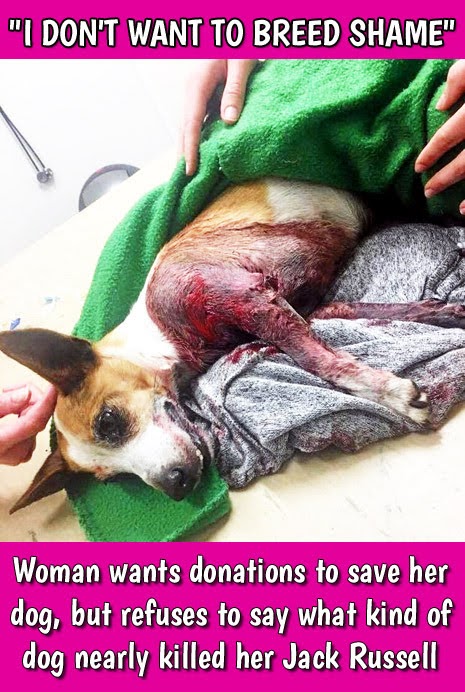 While asking for your money to pay the vet bill, Vanessa says she didn't want to "breed shame" so she refuses to disclose that it's a Pit Bull.

How do I know it was a Pit Bull? Because only PIT BULL APOLOGISTS REFER TO 'BREED SHAMING', 'BREED RACISM', etc.

After a German Shepherd or Husky attacks another animal, I've never seen anyone post about "breed shaming" or demanding we "blame the deed and not the breed" in reference to German Shepherds and Siberian Huskies. IT IS ONLY PIT BULL APOLOGISTS WHO SAY THIS CRAP.

Nightmares of almost losing her seven-year-old jack russell terrier in a dog attack are haunting a former Boyne Island woman.

Vanessa Moore's seven-year-old dog Bart was the victim of a dog attack which almost killed him.

His pectoral muscle was "ripped out", he had deep cuts under his front right leg and was covered with bite marks across his leg, shoulder and neck.

Still struggling with the emotional and financial turmoil caused by the attack, the Boyne Island resident of 24 years wants to raise awareness about responsible pet ownership. 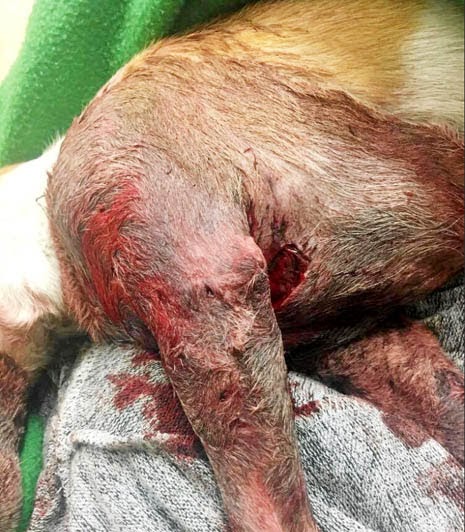 The story is a reality for many Gladstone residents too, with 216 dog attacks reported to the Gladstone Regional Council in the 12 months to July 31, 2017.

REFUSES TO SAY IT WAS A PIT BULL

While the Brisbane resident did not want to "dog breed shame", she said her small pooch never stood a chance.

"I was walking him and his sister on a lead and the dog that attacked was stalking from behind," she said.

"It came up and sniffed him and within two to three seconds it was all over. Bart was on his back, he didn't stand a chance, he just went into shock. 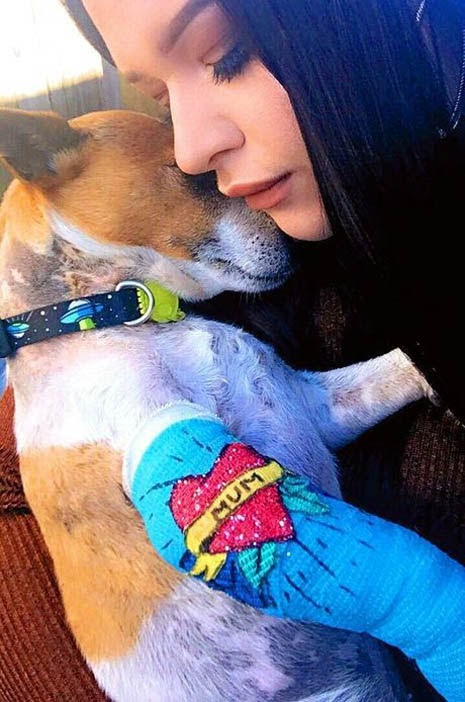 "I could just hear him crying and yelping, I have been having nightmares about it, it was very, very traumatic."

Nearby residents ran to his rescue, kicking the attacking dog in the ribs to release his stranglehold on Bart.

Now 20 days since the attack, Ms Moore says she's lost count of the vet and animal hospital visits for his ongoing recovery, which has also cost more than $8000 so far.

Bart is in a cast, needs regular veterinary check ups and could require skin graft surgery.

She said doctors could not tell her how long his recovery would take.

"Through it all I am very thankful for Bart to still be here, it could have been a very different story," Ms Moore said. "It has traumatised us both."

Ms Moore said her family members, who still lived in Gladstone, were equally shattered by the attack.

A Go Fund Me page set up for the dog's recovery has raised more than $5000 and Ms Moore said if the donations were in excess of Bart's bills, the difference would be donated to Australian Animal Cancer Foundation.

She said as a full-time university student studying youth work she was ineligible for financial support. 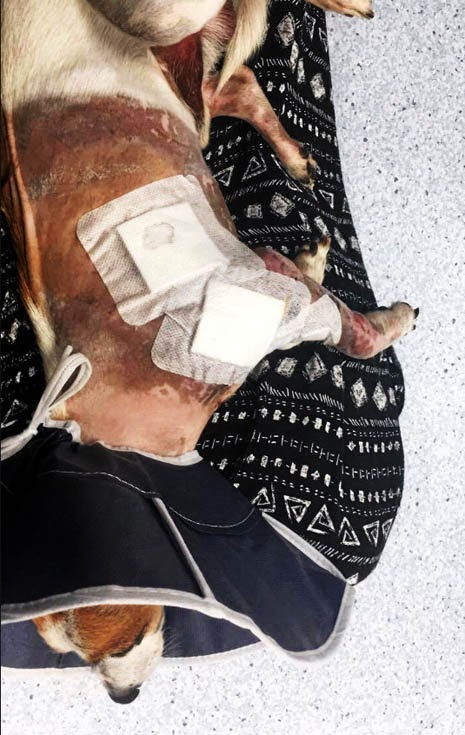