"He just doesn't deserve to be shot and just to leave him on the porch to bleed to death," complains Tucker. 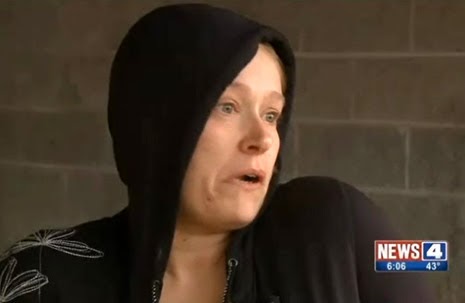 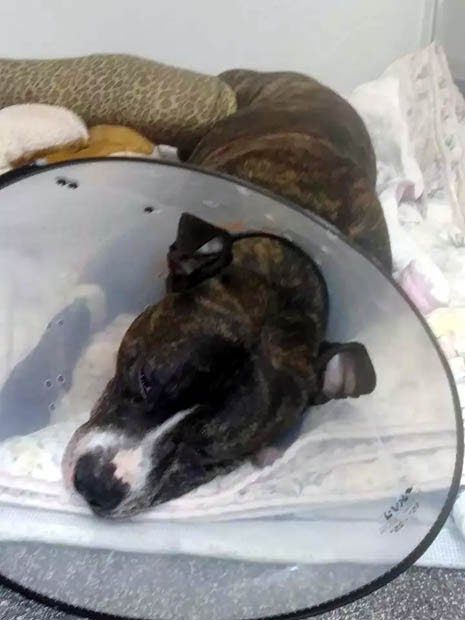 Tucker said she took her dog out for a walk around 10:30 p.m. using a belt as a leash. But she said the dog got 'spooked' and pulled the leash out of her hand and ran off. 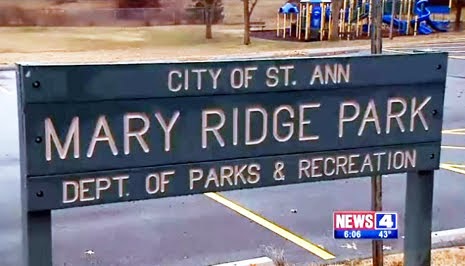 BTW, in the video we find that her 'leash' is actually a belt. A belt. Serioiusly. I'm starting to doubt that she was ever 'walking' him in the first place. Likely she just let her mauler roam around the neighborhood all the time because she was too lazy to properly walk him with a collar and leash.

Tucker didn't bother to go after her Pit Bull, a breed of dog known for roaming and seeking victims to attack... Instead, Tucker said she went back in the house and assumed whenever her dog was through breaking the law and roaming loose, it would return soon. 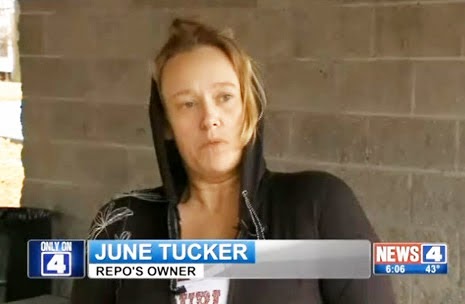 At the same time, Overland police officers were searching the neighborhood for a prowler.

According to Overland Police Chief Michael Laws, the pit bull came running from a dark area and attacked the department K-9, named "Tzar." 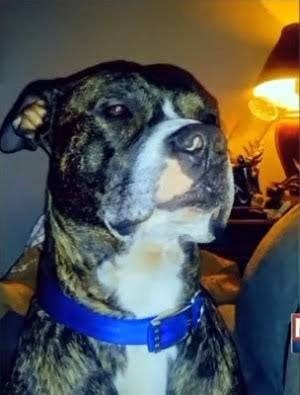 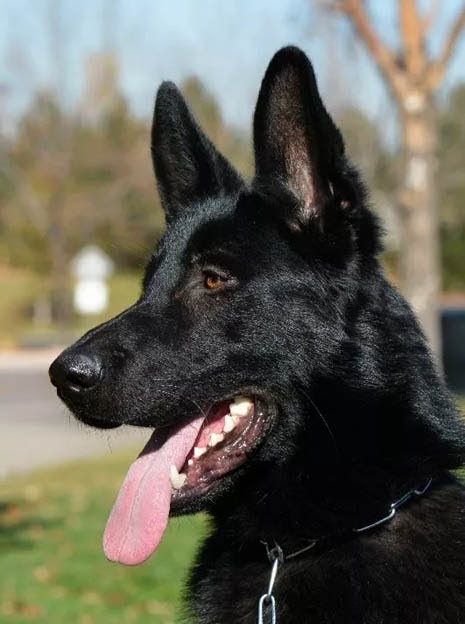 "And according to the witnesses we interviewed and the officers who were there, had him by the throat and had him pinned to the ground," said Laws. 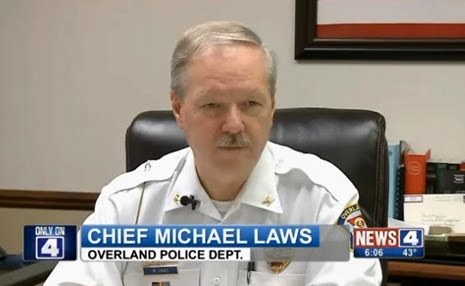 "I was a K-9 officer years ago and we're all dog lovers. So we hate to see anything like this happen but we also have to defend our property and our animals. The dog is a part of our department, a valuable member of our police department," said Laws.

Because Tucker won't stop running her mouth about how the police 'unfairly' shot her nasty dog, they say they're seeking charges against her.