NEW YORK -- The Ontario County Sheriff’s Office and Humane Society are investigating an incident involving a dog that was found to have been shot in the town of Hopewell.

The dog, named Ellie, was let outside by her owners at 2789 Smith Road on January 21st. 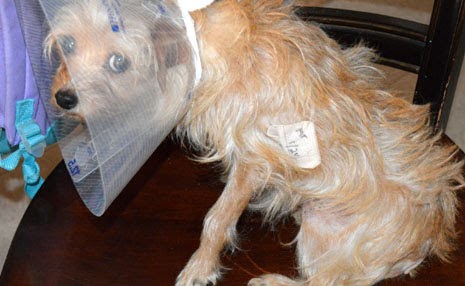 She was taken to a vet in Rochester, where was treated for a hip injury and her tail was amputated. It was discovered Ellie had been shot, causing her injuries.