Washington: Pregnant teen tells her dad her boyfriend sicced his Pit Bull on her

A so-called supposed friend had their pit bull bite my daughter. And she still can't get what I keep telling her, those are not her friends.

They are so cool, that she doesn't want to do anything about it, she is 16 with a baby, and goes over to visit them all of the time, she is to stupid to understand that, what if that damn pit bull had went after her baby instead of her. 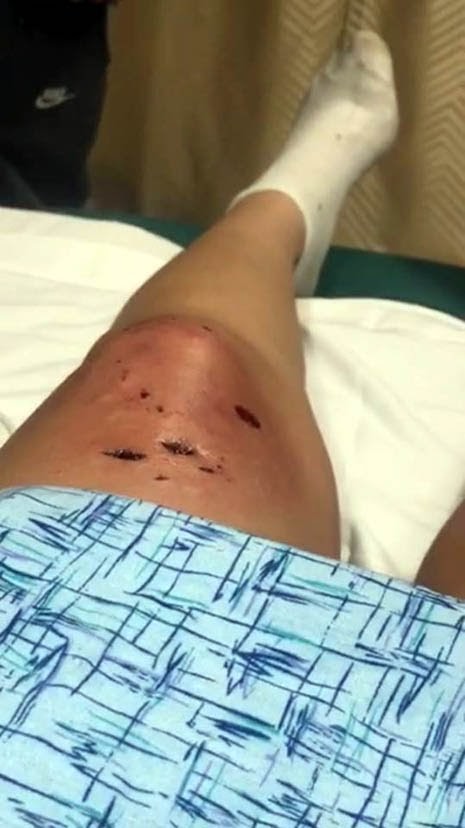 She said that a piece of shit that used to be her so-called boyfriend sicced that vicious bastard on her, and she just cannot understand why I told her to leave that little punk bastard alone.

Lorena Bell-Ranta - Damn, Jason be dad now! Put your damn foot down, dog her ass for her own good!!

Jason Fairchild - She refuses to cooperate Mr. Bastard is so cool.

Kim Williams - He gotta a lot of nerves, don't he know that dog can be put down for doing this..?There's nothing cool about this situation at all. 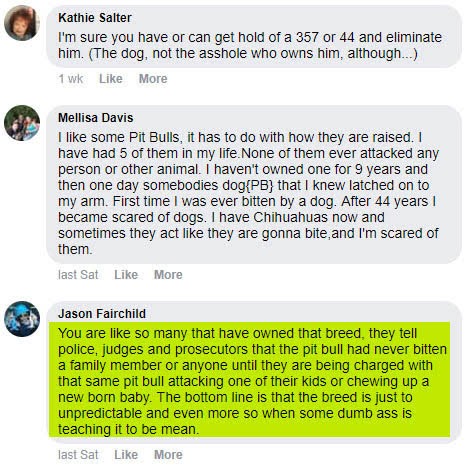